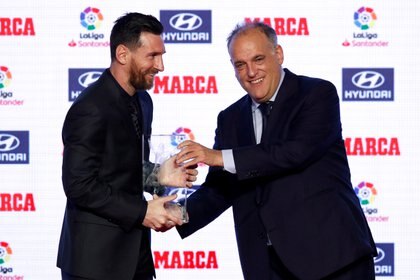 In the football industry, the coronavirus pandemic has hit very hard economically, even in the most powerful clubs on the planet. That’s what he talked about this Tuesday Javier Tebas, President of The league, who publicly provided through a videoconference the figures and data that reflect the economic crisis experienced by the Spanish football elite in the middle of the COVID-19. And that gave him the opportunity to talk about Barcelona and a possible exit from Lionel messi.

Thebes, from 58 years, head of the Spanish championship since 2013 and re-elected for a third term until 2024, reported that the Catalan club’s sports staff cost limit was reduced by half: from the 671.4 million euros cap that he had last season, he went to 382.7 million in this campaign.

As specified by the Catalan newspaper Sport, the clubs had already known the salary caps for weeks, but in the last hours the numbers were made public and what happened with Barcelona is the highlight. While Real Madrid and the Blaugrana remain in the top two for highest caps, the Catalan team dropped to second place with 288,712,000 less than the previous season; that is, it was reduced by more than 40%.

This figure will have an impact on what the club will be able to pay each player’s salary unfailingly and will complicate negotiations with the main stars, beyond the fact that it sold many high-contract players at a low price with the intention of being able to adapt to this new reality. However, the League clarifies on its website: “This squad cost limit is the maximum amount that each club / SAD can consume during the 2020/2021 season after the winter market, and that includes spending on players, first coach, assistant coach and physical trainer of the first team. This limit also includes spending on subsidiaries, quarry and other sections ”.

The president of the professional club association explained that the Barcelona had “a financial strategy that allowed its normal operation without the pandemic ”, but that the pandemic has generated the need to reduce the wage bill.

With this context, which adds to the sports crisis at the end of the previous year, the continuity of Lionel messi it is less and less likely. Javier Tebas valued before the press the possibility that the Argentine star emigrated to another country and opined that the Manchester City he is the only one capable of attempting his signing. “The only club that is being talked about to sign Messi is City. But with City competing outside of UEFA’s economic regulations, I am concerned that they may gain access to a player breaking those regulations. I am not the only one who thinks like this: both Jürgen Klopp and Mourinho have said the same. It gives the feeling that neither the pandemic nor the quetepandemic affects them because they are financed in another way, “he said. Thebes.

Although it did not close the door to other markets, such as Italy, where tax conditions are better for footballers: “In Italy, for example, Despite having a worse economic situation, they have a much more favorable tax regime for the player. That will make us lose competitiveness. Our competitors have mechanisms to implement tax benefits and we, for the moment, do not. “ 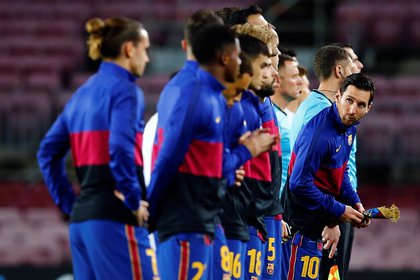 The economic crisis of Spanish football and in FC Barcelona could further push the departure of Lionel Messi .

The leader and his corporate CEO, Jose Guerra, detailed that the clubs The league have gone from being able to spend 2,847 million euros on salaries to 2,333 million this campaign, a reduction of 514 million euros, a 18% less. In the specific case of Real Madrid, has been from 25%: from 641 million from the previous year they went to 468.5 million.

Strong warning from the interim president of Barça to Lionel Messi: the phrase that could sentence his departure