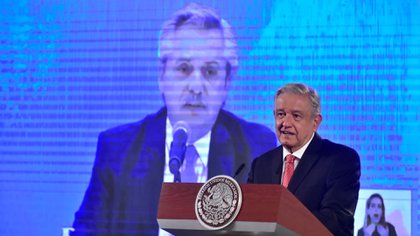 In the Casa Rosada they affirmed that the official recommendation came from Mexico almost in a tone of military order: Alberto Fernández had to take extreme precautions against COVID-19 to formalize his meeting with Andrés Manuel López Obrador (AMLO) and as a first sanitary measure he had to avoid commercial flights and stay in airports.

The president consulted Ginés González García -who was still Minister of Health- and then decided that he would fly in a private plane with a small delegation. Around midnight, Alberto Fernández, First Lady Fabiola Yañez, Julio Vitobello -Secretary General of the Presidency- and Juan Pablo Biondi, Secretary of the Media, will take off for Mexico City. It is scheduled to arrive at 6.30 AM on Monday, February 22 (local time).

“His intention was to travel on a scheduled flight. But they recommended that he not do it to reduce the chances of contagion. That is the only reason”, explained a member of the Cabinet who yesterday was in the swearing-in of Carla Vizzotti as Minister of Health.

-It’s a private flight, after the Vip vaccination. Isn’t it too much? – . replied.

–Alberto Fernández is not (Mauricio) Macri. He goes on a charter to protect his health as much as he can. The plane is minimal-, answered the important public official. 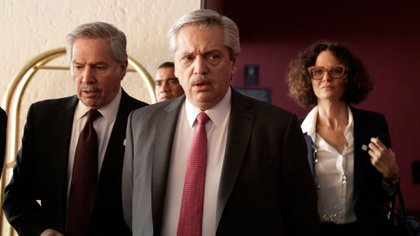 Alberto Fernández, Cecilia Todesca and Felipe Solá during the last tour to Mexico. The Chancellor and the Deputy Chief of Cabinet also participate in this trip with the President

The sanitary precautions applied to the President do not apply to the rest of the official delegation that today flies with Aeroméxico. Around 10 p.m., in business class, Felipe Solá (Chancellor), Cecilia Todesca (Deputy Chief of Staff), Martín Guzmán (Minister of Economy), Gustavo Beliz (Secretary of Strategic Affairs) and Ricardo Foster, philosopher and member of Open Letter will take off . In this case, the flight will arrive in Mexico at 4.30 on Monday (local time).

That is to say: According to official explanations, Todesca and Foster are in danger of contagion because they are traveling on a scheduled flight and will wait for their plane at the Ezeiza airport. And regarding the rest, Guzmán and Solá are vaccinated and Beliz has already suffered COVID-19.

With everything, There is a pending question that has not yet been answered by the Government. If Alberto Fernández, Biondi and Vitobello applied Sputnik V, why is the extra protocol of the private plane necessary. Even more so if it is considered valid that the ANMAT recognized an efficacy of 91 percent to the Russian vaccine.

On Monday 22, he will star with Andrés Manuel López Obrador in a working meeting that aims to deepen the bilateral relationship and design a roadmap that allows all Latin American countries to join. Alberto Fernández assumes that AMLO is an ideal partner to establish a democratic transition in Venezuela and design a regional post-COVID-19 crisis program.

On Tuesday 23, in an unprecedented political event, the Argentine President will share the press conference that AMLO stars in front of local journalists every morning. And hours later they will visit together the pharmaceutical plant that manufactures the Oxford-Astrozeneca vaccine.

Finally, on Wednesday 24, Alberto Fernández will travel by helicopter to Guerrero to participate in the official ceremony called to remember the Plan of Iguala, which marked the beginning of the process of Independence of Mexico when Spain was governed by the Constitution of 1812 and Fernando VII had lost his royal power.

Also, in these three days of busy schedule, the Argentine president will meet with local businessmen -including Carlos Slim in a meeting alone-, He will be received by the head of Government of Mexico City, Claudia Sheinbaum (a key political figure), will give a speech in the Senate and will hold a conclave with intellectuals from Mexico. 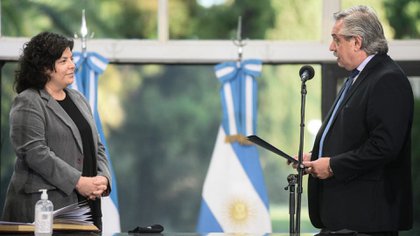 Alberto Fernández considers the visit to Mexico key and wants it to function as a turning point in the face of the VIP vaccination scandal. It will be an almost impossible mission: COVID-19 is on the public agenda and Ginés González was a minister valued by the President who eroded his institutional figure by distributing Sputnik V vaccines to his friends. It seems that the political damage is not solved only with a photo next to López Obrador.

Alberto Fernández assumes the political cost of the “VIP vaccination” and faces a government crisis Before traveling to Mexico, Alberto Fernández aligns himself with López Obrador and demands an equitable distribution of vaccines