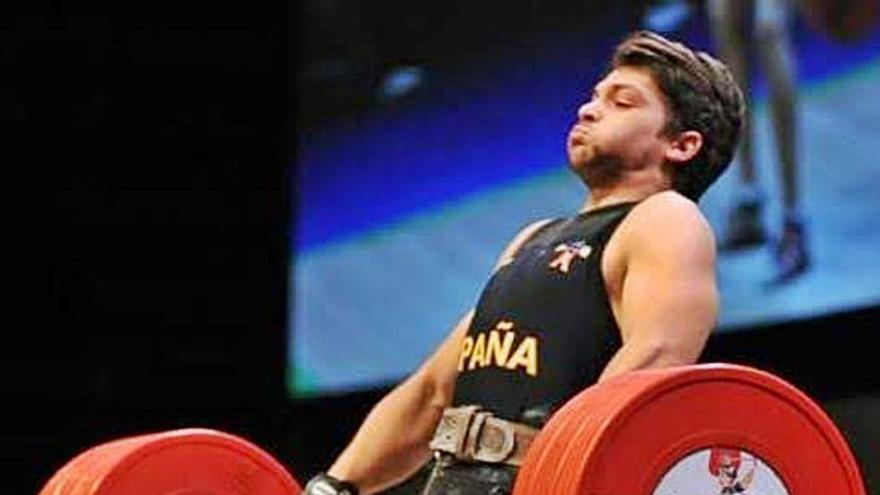 In La Coruña, Alberto Fernández lifted 300 kilos in the Olympic total (135 in snatch and 165 in two times), which allowed him to add three gold medals to his extensive collection. But this time with a special meaning: “I have not been able to train for a month and a half due to the injury I have on my scapula. The most I lifted in two times was 120 and I didn’t know if I could get to 165, but I did it ”.

Alberto Fernández acknowledges that, like almost everything in these times, the championship took place under special circumstances: “There were quite a few lifters missing, due to injury or precaution, which could have made things difficult for me.” In addition, the Oviedo decided to participate in the category of less than 89 kilos of body weight, “where there is less rivalry”, when he usually does it in the 81.

“For next year, facing the Games, I will compete again in 81, but it was not worth suffering with the weight at the moment”, emphasizes Fernández, determined to continue in the Olympic category: “Many times I compete weighing 82 kilos when I could go up to 89. When the time comes there will be no problem to lose 81. It will be enough to put myself in plan for two months.

The 340 kilos that Alberto Fernández has as his best personal brand place him as a serious contender for the 14 places scheduled for the Tokyo Olympic Games. The problem is that between injuries and confinement, the Spaniard does not know when he will be able to compete again in conditions: “The international competitions of the previous two years count for the classification. Therefore, my bronze of the European 2018, does not count.

Fernández hopes to recover well from his shoulder to intensify his work with his longtime coach, Lodario Ramón, at the San Mateo club. The European Championship, where the passports for Tokyo will come from, are scheduled for April, although the Oviedo lifter points out that “no one at the moment can assure that the Games will be held next year.”

In recent months, Alberto Fernández adds his work uncertainty to his sports uncertainty. A year ago he opened a gym in Mieres, dedicated to functional training, which has been closed for almost four months due to the pandemic. “Studies speak that the risk of contagion in gyms is 0.28 percent. They need to be open for the psychological health of the people. The hour they spend training is a way of escaping from everything that is happening ”.

High-level athletes, like him, are now preparing normally, but Fernández assures them that it is difficult for them: “We are training in the Palace, as always, complying with the precautionary measures that they ask of us. But it’s not the same. We lack a bit of motivation because the worst thing is the uncertainty about what will come ”.