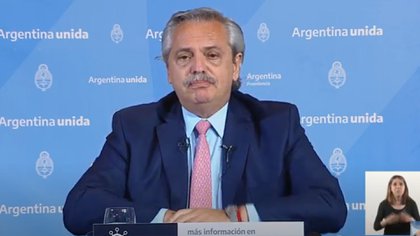 On November 6, Alberto Fernandez he considered “if everything goes well, by the end of December about 10 million people could be vaccinated” in Argentina. However, the President made a readjustment of expectations in this fight to overcome the coronavirus.

“We estimate that the first vaccine will be provided in March and there is a plan for it to reach all of Latin America, “he clarified in an interview with Marco Enríquez-Ominami. The head of state referred to the product of Oxford-AstraZeneca, in which Argentina and Mexico participate.

In this regard, he contributed another relevant piece of information: “All countries will receive vaccines in the same proportion as in Argentina. The idea is that everyone receives a proportion of 10% with the number of inhabitants”.

Anyway, the head of state clarified that maintains the expectation that in the month of December millions of doses of Sputnik V will be available in the country, the Russian option for which he signed an agreement with the government of Vladimir Putin. And he hopes that negotiations with Pfizer and Moderna laboratories will prosper.

The president was upset because he considered that a malicious version was first spread that there would be no vaccine until the third month of 2021, which contradicted his announcement that doses would be available in December. Therefore, in dialogue with channel A24, he later remarked: “We continue working with Russia to start vaccinating in January and February, and from March we will have the AstraZeneca Oxford vaccine”.

“Pfizer had promised to bring the vaccine to around 750 thousand people in the month of December, now that delivery has been delayed a bit. I was going to work it with Russia to have it in December and start vaccinating in January and February and from March to have the Astrazeneca and Oxford vaccine. We want to vaccinate as soon as possible but we depend on the vaccines being approved“he added.

Of the 214 experimental vaccines underway, ten are in Phase III, the last of which make up the necessary clinical trials to ensure that it is effective (that generates an immune response) and safe (that it does not produce adverse effects). Among the highlights are the laboratory Moderna, Pfizer, Oxford-AstraZeneca, Sinopharm, Sputnik V, Janssen-Johnson & Johnson, CanSino Biologic, Novavax and CoronaVac. 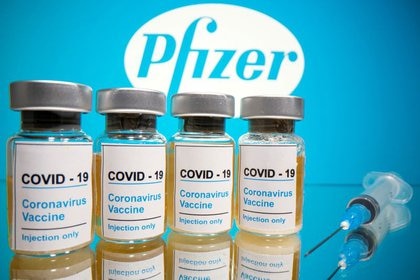 A medical syringe in front of vials with the Pfizer logo (Photo: .)

The news for these hours is that Pfizer announced that its coronavirus vaccine increased its effectiveness to 95% and that is why it will ask for authorization in the next few days.

The US drugmaker and its German partner BioNTech said the product to be submitted for regulatory approval “in a few days”, after their final analysis suggested that the drug is even more effective than previously thought. They had initially estimated that their vaccine was more than 90% effective.

With today’s announcement, the company has racked up 170 infections in the study, saying that only eight of them occurred in volunteers who received the actual vaccine rather than a placebo. One of those eight developed a serious illness, the company said. The analyzes further showed that the vaccine protects older people at higher risk of dying from COVID-19.

The formula is based on messenger RNA technology, the same as Moderna, which carries DNA instructions for the cells of the human body to generate certain protective proteins.

One by one, the coronavirus vaccines that are already in Phase III

What is the main difference between the Pfizer, Sputnik V and Moderna vaccines