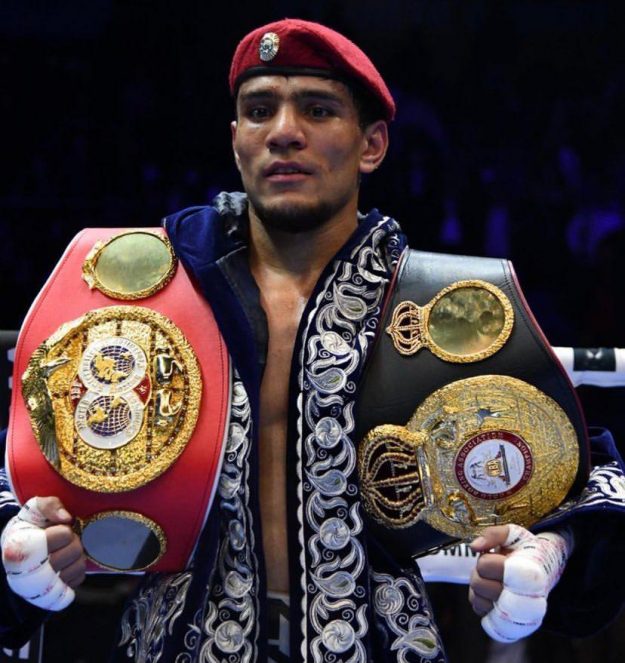 The night couldn’t have been better for Murodjon Akhmadaliev. The Super Champion Super Bantamweight of the World Boxing Association (WBA) demolished his challenger on duty, the Japanese Ryosuke Iwasa this Saturday to stay with the victory by technical knockout in the fifth chapter.

Several elements made this fight something special for “MJ”. His appearance at the Humo Arena, in Tashkent, meant his first professional fight in Uzbekistan, in addition, he was in the first defense of his WBA and IBF belts and came out of a period of more than a year of inactivity due to the pandemic.

The left-hander showed his power against a rival with a good record like the Japanese and the time without fighting was not a factor against him. In fact, he was very active in combat, quite accurate and very fast to give a great exhibition to the 10,000 people who attended the venue.

Akhmadaliev led the attack at all times and was superior without any discussion. His way of cutting the ring and following Iwasa were decisive to be comfortable throughout the match and already at the height of the fifth he was hurting him easily, so the referee stopped the actions.

In just 9 professional bouts, Akhamadsliev has already proven to be one of the best in the division, winning 7 times by knockout. Meanwhile, veteran Iwasa now has a record of 27 wins, 4 losses and 17 knockouts.