The AirCar is fulfilling one of the recurring dreams of the future: the arrival of flying cars.

A century ago, ideas about what the future would look like in the year 2000 seemed to follow a logical course: illustrations with robots walking naturally among humans, interstellar travel Y flying cars they hinted at the vision of the time on technological development as the world changed by leaps and bounds.

And while most of the predictions back then aren’t even close to coming true today, one of the wildest could come true very soon:

On the afternoon of Tuesday, June 29, AirCar (a flying car prototype developed by the company Klein Vision, owned by billionaire Stefan Klein) made a 35-minute flight traveling the 80 kilometers that separate the airports of Nitra and Bratislava, in Slovakia.

It is a one-ton model for two passengers, which can carry an additional load of 200 additional kilos on each flight. The AirCar It is equipped with folding wings, a spoiler, a BMW 1.6 engine and its manufacturers consider that it can make trips of about a thousand kilometers at a height of 2,500 meters, consuming 18 liters of gasoline per hour.

In its test flight, AirCar reached an average speed of 170 kilometers per hour in the air and subsequently rolled over the streets of Bratislava like any other land vehicle.

To achieve the feat of defeating the earth’s gravity and flying through the air, the AirCar requires a 300-meter race in which it reaches a speed greater than 200 kilometers per hour to take flight.

According to Klein, its development required an investment of 2.4 million dollars and it is a simplified system that anyone could fly. Although the company assures that the Aircar has been in the air for more than 40 hours, both its mass production as its marketing they still belong more to the realm of science fiction than of reality. 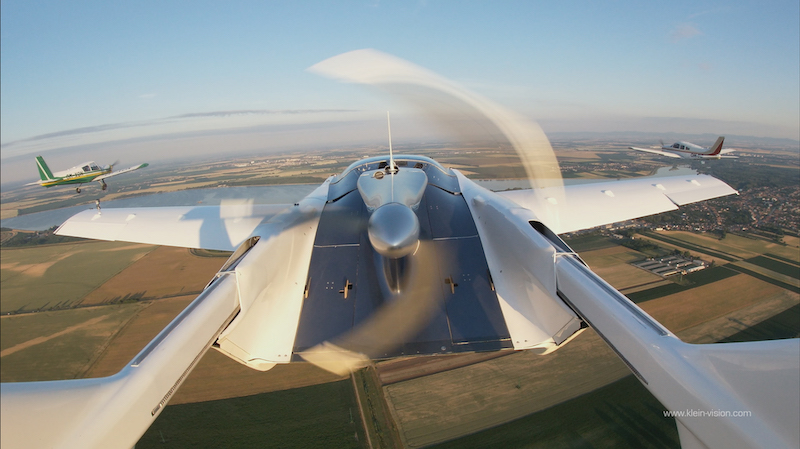 Air transport requires compliance with very strict regulations worldwide, only within the reach of a handful of large aeronautical manufacturers that are responsible for supplying the demand for commercial and private aircraft and for state or military use.

However, the company considers that the demand for private jets is such that AirCar and other companies could reach a market value of $ 1.5 billion in two decades.

Overture, the new supersonic plane that promises to travel from London to NY in 3 hours