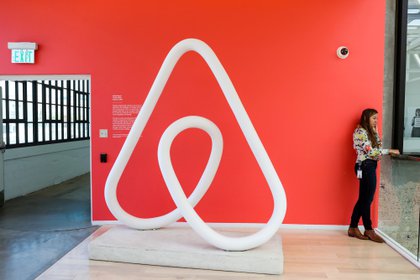 Airbnb Inc’s Initial Public Offering (IPO) record showed Monday that the home rental startup made a profit in the third quarter despite the COVID-19 pandemic., while preparing for one of the most anticipated stock market debuts in recent years.

The presentation, released ahead of Airbnb’s anticipated listing debut in December, showed a shocking recovery in your accounts, after The coronavirus outbreak dragged its core home rental business down through the first half of the year.

The recession forced him to lay off 25% of his workforce in May, suspend marketing activities during the year and search among investors, including Silver Lake and Sixth Street Partners, $ 2 billion emergency funds, for a valuation of $ 18 billion. The company has recovered by focusing on offering houses located outside cities, the demand for which increased during the pandemic.

Airbnb’s revenue fell 18% in the third quarter to $ 1.34 billion from a year earlier, but reported a net profit of around 219 million, mainly helped by a reduction in costs. Your business was impacted more internationally than in the United States, reflecting the financial consequences of extensive shutdowns in Europe to contain the spread of the virus.

“The recovery in the second and third quarters of 2020 can be attributed to the renewed ability and willingness of guests to travel, the resilience of our hosts and the relative strength of our business model,” Airbnb said.

The listing would close a successful year for IPOs, as companies capitalize on a stock market rebound in the second half of the year, fueled by monetary and fiscal stimulus in an attempt to mitigate the consequences of the pandemic. According to data compiled by Bloomberg, a historical record of more than US $ 141,000 million has been registered in the US exchanges in 2020. 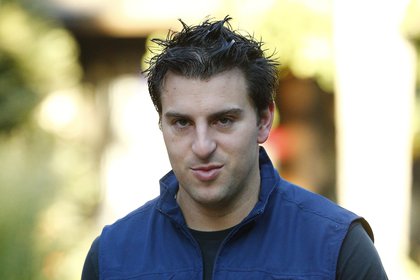 Airbnb has made no annual profit since its launch in 2008, and cautioned that this will likely be the case this year as well despite being profitable in the third quarter. Said expected a decrease in bookings and an increase in cancellations in the fourth quarter.

The company also revealed that it faces a heavy tax bill. He said that the US Internal Revenue Service informed him in September that owed $ 1.35 billion, plus penalties and interest, for the sale of international intellectual property to a subsidiary in 2013. Airbnb said it would “vigorously contest” the tax request.

Airbnb said its co-founder and CEO, Brian chesky, who will maintain control of the company after the IPO thanks to shares with special voting rights, agreed to cut his base salary from $ 110,000 to $ 1 amid the adjustment.

In return, the company approved restricted stock units for Chesky for the next 10 years they could have a value of 120 million dollars, if the company’s actions reach certain milestones. Chesky intends to donate the net proceeds from this award to community, philanthropic and charitable causes, the company said.

Airbnb was launched by Chesky and Joe Gebbia 12 years ago as a website for taking room reservations during conferences., including that year’s Democratic National Convention in Denver.

It expanded its listings to include apartments, houses and vacation rentals in the following year after receiving initial financing from investors, including Sequoia Capital.

Airbnb achieved “unicorn” status in 2011, with properties listed in 13,000 cities in more than 180 countries at the time, after being valued at more than $ 1 billion in a funding round led by Andreessen Horowitz. 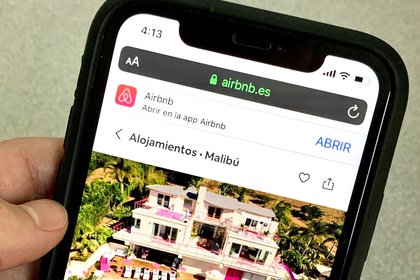 The company has bounced back by focusing on offering the homes located outside of cities, the demand for which increased during the pandemic. (. / Archive)

Airbnb plans to list on the Nasdaq under the symbol ABNB. It applied for an initial public offering of up to $ 1 billion on Monday, but that is a placeholder amount and is expected to change before debut.

The listing was a victory for Nasdaq Inc. over the New York Stock Exchange. Airbnb’s listing is expected to be the highest on Nasdaq since Facebook Inc.’s IPO in 2012.

. was the first to report in October that Airbnb was targeting raise about 3 billion in your OPI what it could value it at more than $ 30 billion.

A calculation related to employee compensation and tax filing pegged the value at about $ 22 billion as of September 30.said people familiar with the matter.

Morgan Stanley and Goldman Sachs Group Inc are the primary underwriters to the IPO.

(With information from . and Bloomberg)