Home>Tech>After years of free fall, the price of LCD panels has skyrocketed during the pandemic

In recent years we have witnessed a particular crisis in LCD panels. The price of these panels has been plummeting since the end of 2017 and we had reached a point where there was an oversupply of LCD panels. More offer, lower prices and more companies (such as Nokia, Motorola or Amazon) launching its own televisions to clear excess stock. With the arrival of the pandemic, however, things have radically changed.

During this last year we have seen factories close or limit their production. This, together with other aspects such as the United States-China trade war and logistics problems, has led to a shortage of components of all kinds that, in turn, has raised the manufacturing price of products which, in the practice, it translates into an increase in the price paid by the end consumer. As far as LCD televisions are concerned, the shortage of such a simple component as the display controller has skyrocketed its price.

When we talk about a shortage of components, we usually do it referring to new generation consoles and recent graphics cards and / or processors, but it is not necessary to go to such complex products to detect the consequences of this situation. We can look at the LCD panels, which use a component as simple as “display driver“, a chip that is responsible for telling the screen how to light up.

Where is the problem? In that there are not enough display drivers for everyone, since these chips are used in televisions, yes, but also in computers, laptops, cars, mobiles, etc. If to that we add a increased demand for televisions Because users spend more time at home, we have all the ingredients for a perfect storm. 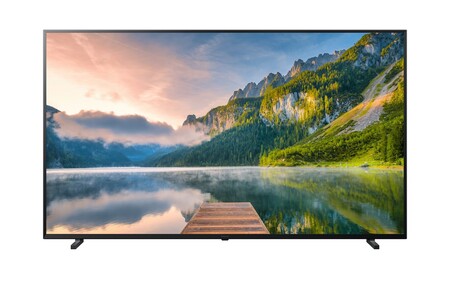 In Bloomberg they echo the case of Himax, one of the top producers of display controllers. They are currently used in all kinds of products, from mobiles to cars. Himax designs the drivers, but the manufacturers are TSMC and United Microelectronics, who are overwhelmed right now.

Not only that, but these chips are manufactured in a 16-nanometer process, far behind the focus of foundries, which are currently focused on three, five and seven nanometers. That is, foundries have to manufacture in much more advanced and profitable processes, but also in older and more sophisticated processes, to the point that, according to Himax, the most basic display drivers can be made for a dollar. In other words, the lack of a chip for a dollar or just over a dollar is causing a whole hecatomb in the prices of the panels.

Such has been the rise in prices that, according to Business Korea, Samsung and LG, which had abandoned the manufacture of LCD panels, they would have put these plans on hiatus. These companies were attacked by Chinese manufacturers, whose market share increased to 48% in 2019, surpassing the 26% held by Korean companies.

Finally, Bloomberg concludes that another aspect that has affected the prices of televisions is the lack of glass. This sector has not been without its problems either, having faced the shutdown at the Nippon Electric Glass factory in December or the explosion at the AGC Fine Techno Korea factory in January. We will have to wait for the waters to return to their course, but for now it seems that the price of the screens is not close to being reduced.