Home>World>after the sun and the frosts, comes a weekend with storms, showers and muddy rain

Follow in Spain the climatological roller coaster that started this week with the tail of the summer of holy week and it has continued with frosts in some areas. As of this Friday it is the turn to remove the raincoat and umbrella, with the arrival of an area of ​​low pressure that will cause a increased atmospheric instability, giving rise to showers and storms in large areas of the peninsula.

Starting this Friday and until Monday, it will be raining in almost all areas of the country. A dozen provinces will be today in risk from rains and storms, which could be locally strong in the northwest of the South plateau, Central system, North plateau and South of the Cantabrian area, according to the prediction of the State Meteorological Agency (AEMET).

In this way, rainfall and storms will put Avila, León, Palencia, Salamanca, Segovia at risk, Valladolid, Zamora, Toledo and Cáceres. In the case of Ourense, it will only be at risk from storms.

Instability will result in a drop in temperatures, that will occur in a good part of the interior of the peninsula and that will be notable in the eastern Iberian system. On the contrary, the maximum temperatures will rise in the Balearic Islands.

As for the nocturnal ones, they will experience a ascent in the northern third, which will be notable in the Basque Country and the upper Ebro, with weak frosts only in the upper Pyrenees. There will be little change in the rest.

This Friday, the skies will be cloudy in the eastern third of the peninsula and the Balearic Islands, with generally weak precipitations, more probable and intense in Melilla and the peninsular southeast and little probable in the Balearic Islands. They will move from southwest to northeast and can go accompanied by mud and the occasional storm. Mud rains can be repeated on Saturday in the Mediterranean area. 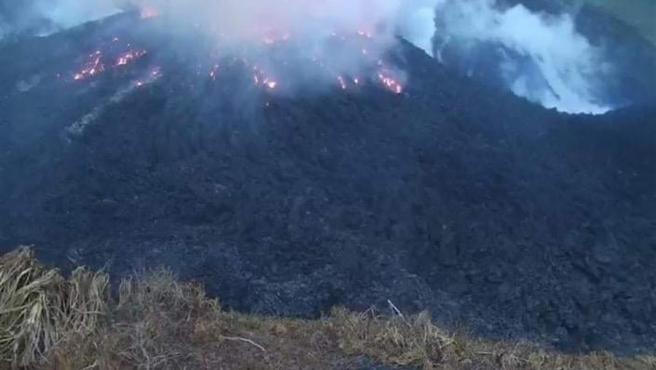 Cloudy skies, covered or with cloudy intervals in the rest of the Peninsula, with showers and storms that tend to cease in the southern third but they will spread from south to north in the rest of the area and will be more intense in the afternoon, with the probability of being locally strong, without ruling out hail, in the northwest of the southern plateau, Central system, northern plateau and southern Cantabrian area . Rainfall will be very unlikely in western Andalusia.

The wind will blow from the east component in the Balearic Islands and the surroundings of Alboran, with intervals of lift strong in the early hours in the Strait. South wind in the eastern Cantabrian and the west coast of Galicia, and light wind in the rest of the country, with a southern component in the Peninsula.

In Canary Islands there will be intervals of high clouds during the early morning, tending to slightly cloudy or clear skies during the morning and cloudy intervals of evolution in the interior and south and east coasts in the afternoon.

Probability occasional light rain in the interior and southern coasts and this one of the islands of greater relief in the afternoon, without ruling out that it is locally more intense in Gran Canaria, Tenerife and La Palma. Meanwhile, the temperatures will not undergo great changes and the wind will be variable light, with a predominance of breezes.