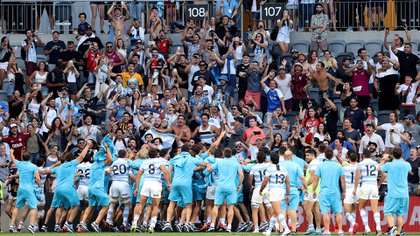 After the feat achieved against the All Blacks, Los Pumas face Australia for the second date of the Three Nations (Photo by David Gray / .)

After the historic feat achieved against New Zealand, The Pumas They try to prolong the good moment of the team by measuring themselves against Australia, by the second date of Three nations. The Argentine cast is currently facing the local at McDonald Jones Stadium in Newcastle. Televisa ESPN.

It was a beautiful week for the Albiceleste squad after having won for the first time in history against the All Blacks by 25-15, but also very difficult for the coaching staff. It is that both Mario Ledesma and his staff had the arduous task of abstracting themselves from the lights left by last Saturday’s victory at Bankwest Stadium in Parramatta to think and fully focus on what the duel will be against the Wallabies. It is that the head coach does not want the previous result to be just an anecdote, but the beginning of something much bigger.

In this way, Los Pumas were far from those ten intense days of training that they had before the debut against the men in black. This week was different, with practices of course, but with days off, talks with the team’s referents and the classic barbecue on Wednesdays to calm tensions. Regenerative work was focused on that to reach the crash in optimal conditions against one of the powers that the sport of the oval has. 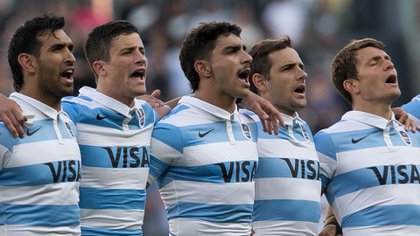 Ledesma will repeat the initial XV that beat the All Blacks

“On Sunday we met with several of the leaders and began to talk about everything that was going to come from outside. How to begin to close down, to seek energy within the group, within the team. Obviously it is very difficult to handle everything that comes from the outside, which is above all with the best of intentions, all the congratulations and expressions of affection that the boys must have had, but we tried to warn it and they too began to work from the first day in that. Luckily they had a very nice rest day on Wednesday, where they were together, they had a good time, they had a barbecue organized by the most experienced of the team with Nahuel Tetaz at the head, who is the team’s grill, and they were very energized and connected between them“Ledesma summarized in a press conference on how the campus passed this week.

Regarding training, the coach of 47 years There will be no changes among the starters who achieved victory on the first day, something that was to be expected due to the great performance they had. Where there will be variants will be in the substitute bank: Emiliano Boffelli, Facundo Isa and Santiago Socino -the three already recovered from their injuries- will enter instead of Lucio Cinti, Tomás Lezana and Facundo Bosch, respectively.

“Everyone in the bank can contribute. It is a bank with a lot of experience, beyond youth. Santiago Socino is added, who had returned from a commotion. Obviously Facu Isa and Boffe have played many of these games and they have a very important category. It seemed to me a very interesting contribution and also that of Santi Cordero. They are all impact players. It is a lot of what the bank has to have. We hope and we are sure that they are going to contribute a lot to the team, “he explained. Ledesma.

On the other hand, Australia He is also on the rise, not only because he prevailed against the All Blacks in the last game, but also because he had a week off and the incentive to be at home.

He left his hometown at age 17 to fulfill his dream of being Puma and made his debut in the historic triumph against the All Blacks: the moving story of Santiago Chocobares