The problems appeared on June 3. Since then, dozens of users have been experiencing connection failures with their Cecotec Conga vacuum cleaners. What looked like a point network error It has spread over time and is almost completely rendering Cecotec vacuum cleaners useless, to such an extent that they can only clean with manual mode.

After several days of complaints from some consumers, the company has finally recognized the connection issues affecting multiple Conga models, mainly those of the Conga 3000, Conga 3490, Conga 3690 series, as well as more powerful and recent models such as the Conga 4090 and Conga 5090.

The Congas are “Offline” 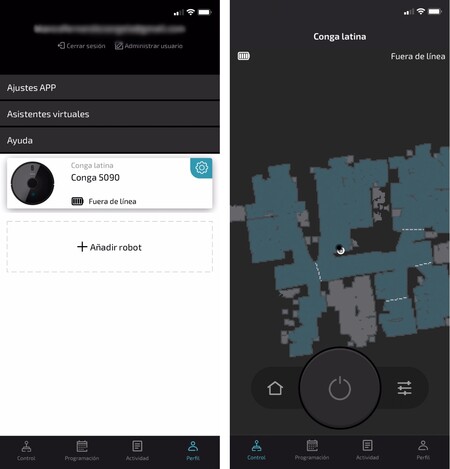 The Conga application does not allow any action to be taken, the robot vacuum cleaner appears as ‘Offline’.

“For four days or so, my Conga Cecotec 3490 Elite has not worked well,” explains an affected user. “No message appears, I just can’t connect to it remotely. It’s like I’m offline. ”

Initially he thought it was a ‘specific bug’, but he can no longer use it from the application and must clean it manually, clicking the button. “What bothers me the most is not being able to configure it to clean an area of ​​the house, something that can only be done from the app “, explains this user.

These connection problems are unevenly affecting. From Engadget we have contacted multiple affected people and although initially it seemed like a specific failure depending on the model, we have found two users with the same model (Conga 4090), where one of them works and another does not. This same line can be seen on social networks, where there are users for whom a specific model does work and other users with the same model have problems.

The general failure is that when accessing the application, the robot vacuum cleaner appears as “Offline”, so it does not allow any action to be taken. From Cecotec they have issued a brief statement explaining that “it is possible that for a few hours, in the app, Conga appears as” offline “. However, the error has been affecting users for several days and hours have passed since the release and it is still present.

“I did strange things so I decided to restore it to the factory, it wouldn’t let me and I unlinked it from the phone and it has already been impossible to link it again“, explains another affected user.

One of the solutions proposed by Cecotec is to use the robot manually: reset the Conga by pressing the ‘Home’ button for 5 seconds until you hear a beep and press again until you hear the announcement. From there we can start cleaning from the central button. 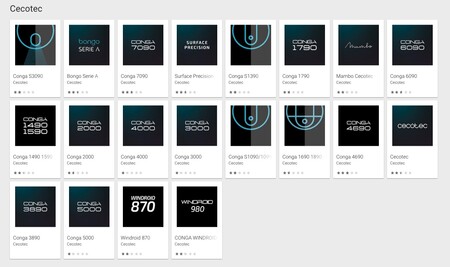 Different models of the Conga use different applications. Connection problems are hitting unevenly.

From a failure with the operators to an internal incident

Cecotec initially pointed to a problem with the operators. As Fourth Coverage explains, Cecotec recommended that users contact the telephone companies, they were doing updates on the routers. To do this, the provider had to be called and asked to generate a non-hybrid 2.4 GHz guest network. After that, link the Conga back to the router.

Hello @Lowi_es now it turns out that the fault is yours … According to cecotec x that only fails the conga and the rest of the devices go well with the wifi network … pic.twitter.com/Y4M2Xl5e2d

However, this solution has not been effective for affected users. According to Xataka, the problems affect users of different telephone companies.

Some users have begun to point to a “failure of the servers”, although the company has not announced that this is the case. From Xataka we have contacted Cecotec to learn more details about these connection problems, but the manufacturer has not offered us more information at the moment. We will update as soon as the company shares the solution.

In Engadget | In search of the best robot vacuum cleaner in quality price: purchase recommendations based on use and six outstanding models