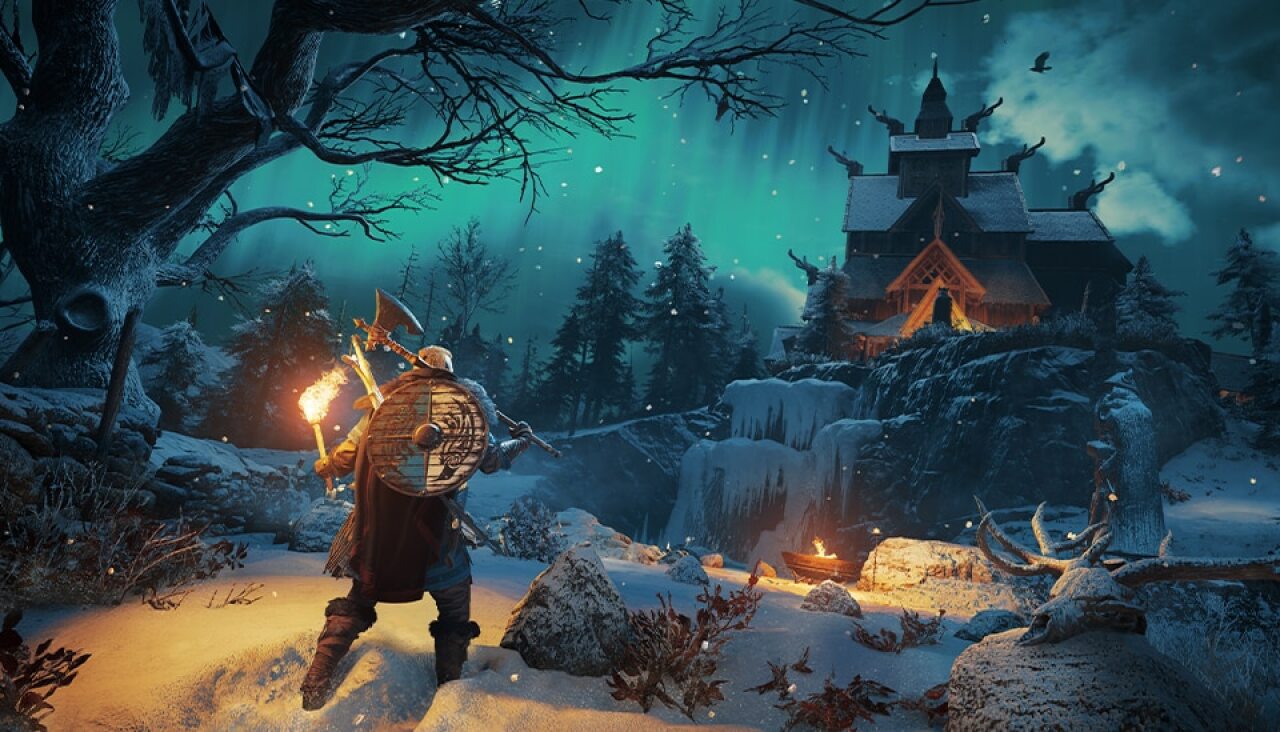 The story has as its protagonist Eivor, whether you choose to be female or male, a Viking who leads his clan in the internal and external clans fights that surround his village and that in addition to employing combat strategies, his work also focuses on the alliances it generates and the diplomacy with which it deals with other sides.

The game is the heir to the most recent installments of Assassin’s Creed, in which the saga has opted for a transformation to RPGs closer to The Witcher, where there are similar dynamics in which the player will have to explore the world, grow to his character and execute very varied secondary missions, which in the case of AC Valhalla, tend to be repetitive or not contribute much to the story and the development of the characters.

However, beyond this detail, the game has new details such as the option to use a raven as a scout, or to build your Viking settlement and grow it, plus you can improve and customize your weapons and armor, through collecting of different materials in the world.

Fans of the saga will like it, because even if it is more of the same, it is not a game that is discarded or that tires you to play and that even for those who are not fans of these titles, it will hook them.

In our case we played this new installment on the PS5, so visually we could enjoy the landscapes, especially by reading the console in 4K, however some other features, such as the use of DualSense or the gameplay, do not have great surprises.

Definitely AC Valhalla is an entertaining game, visually impressive and that despite the fact that at times it can become repetitive (which is already a classic in this saga), exploring the vast Scandinavian landscapes is very much enjoyed, as well as growing up, together with Eivor, Viking rule in Medieval Europe.