The last copy of the Pontiac Fiero assembly line has been auctioned for a price that multiplies the estimated value of the model several times. This copy was in perfect condition and brand new, since it was hidden and preserved from the moment it left the Pontiac factory.

Some time ago we told you about a curious example in perfect condition of the Pontiac Fiero that was going to be auctioned in the United States. This flawless unit it had never been released and it still had its original mileage, but curiously this was not its most striking feature, as it turned out to be a very prominent and well-known example of the model.

This unit was the last built Pontiac Fierce and therefore it was the last vehicle assembled in the mythical factory Pontiac of Michigan before its closing. For this reason, its owner, a former factory employee, decided never to use the model and preferred to keep it intact, even keeping its protective plastics. Now, several decades later and for unknown reasons, the model was put up for sale at auction in Greensboro, North Carolina, where has been sold for no less than $ 90,000. 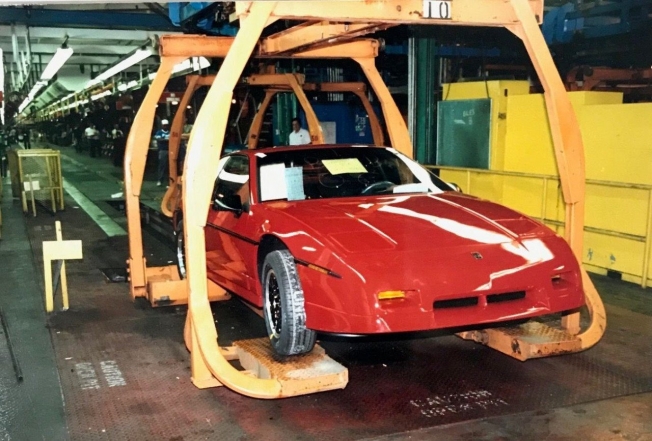 The last Pontiac Fiero off the chain.

Although this figure may not seem very high compared to what we are used to seeing in the big auctions of the year, we must bear in mind that the current price of this model is much lower. In the United States we can find thousands of copies of this model, in any of the versions that were marketed and in very different states for values ​​that range between $ 10,000 and $ 15,000. So that the last Fiero manufactured practically multiplied between 6 and 9 times the value of a regular copy in perfect state. Something that we don’t see very often in the auction world.

Given the special characteristics of this specimen, we could expect a value close to $ 30,000, but even so its final price would be three times higher.

When the end of the production of the model was approaching, those responsible for the brand decided to pay a small tribute to the employees of the factory, raffling among all of them the last two copies of the model. These units were twins and had the most expensive configuration of the model. With a red body and black leather interior, they featured attractive black multi-spoke wheels with a silver outer ring and 2.8 liter 6 cylinder mechanics associated with transmission automatic. The model mounts a good number of optional elements that increase the attractiveness and value of this version. Apparently, when the owner of this last copy received the model he decided never to release it and hide it in his garage.

The last Pontiac Fiero manufactured in history is up for auction and is practically brand new.