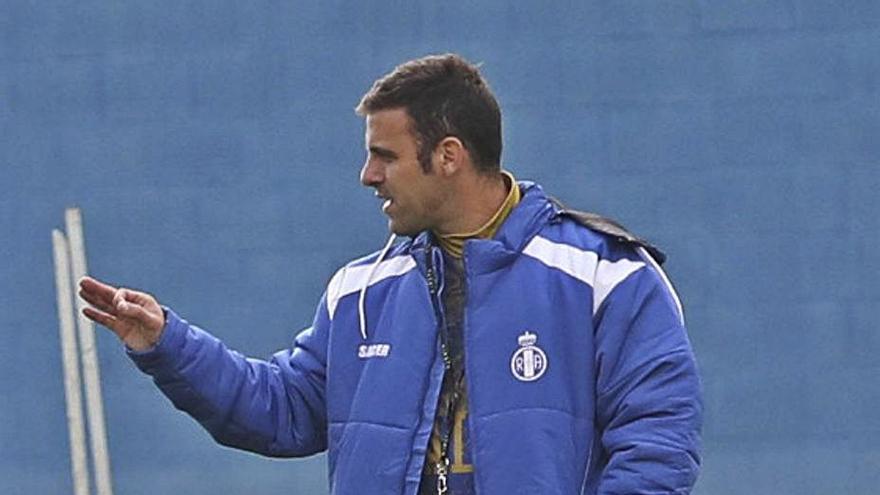 Abraham only asks for “a normal game”, after what he considers adverse circumstances in the previous two of his team: “Due to dominance and chances we deserved to win at the Stadium. We took about ten corners and had four heads-up with his goalkeeper. The definition failed, but we are very happy with the attitude of the team ”. That attitude was key last Sunday, in the Gijón Industrial field, due to the expulsion of goalkeeper Davo after three minutes: “Despite the inferiority we were able to win the game.”

To receive Llanera, Abraham has the entire squad, except for the aforementioned Davo and defender Borja Granda, who suffers physical discomfort as a consequence of his long injury to the Achilles tendon. The coach trusts his players and only regrets that for this first home game he cannot count on the support of the fans: “It is a shame because, despite everything that is happening, there are many new members being registered. People are eager to cheer on the team ”.

Abraham rules out that he and his players feel pressured by the two points that appear in the classification of a team called to fight for promotion: “The important thing is that our idea of ​​the game is reflected on the field. I’ve been a player and I know how this goes. There are games in which you can arrive thirty times and you don’t score. And others, you shoot once on the door and put it in the first time ”.

The Avilesino coach justified his words about Llanera: “I know most of their players because I met them on several teams. They are the favorites, not only of the subgroup, but of the category, because they have a lot of quality in both areas. In Gijón they won without being clearly superior to Industrial ”.

Abraham is convinced that whatever happens tomorrow at Suárez Puerta, he has the backing of the leaders: “We have played two preseason and we have only played two games. I see players comfortable with the style of the team, they can’t hesitate for a couple of draws. I just hope it is a game without strange things. ”