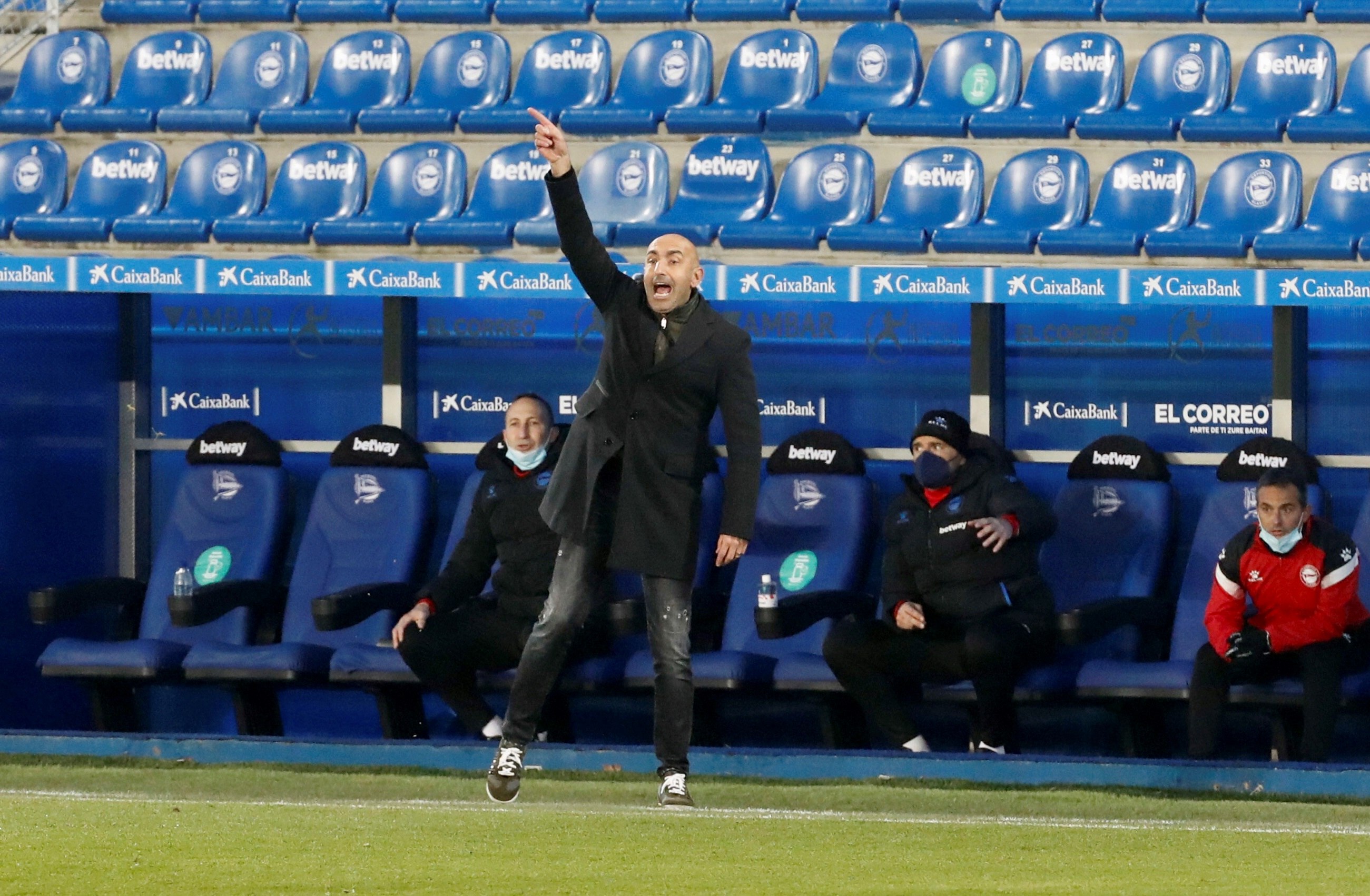 If the voice is the weapon of expression that best reflects the mood of the interlocutor, that of Abelardo Fernández (Gijón, 50 years old), recently appointed Alavés coach, sounds strong and loud. Convinced and excited. Not even the defeat in his league debut against Sevilla (1-2), nor the visit of Real Madrid today to Mendizorroza (21.00, Movistar) seem to affect the boldness with which the Asturian coach faces this new adventure in Primera.

Question. For his Alavés, the elimination of Real Madrid against Alcoyano was not good news. Or if?

Reply. You never know. Two situations come together, they are seriously injured by the defeat on Wednesday and because Alavés beat them in their field in the first round. They will come super motivated. Pride will weigh on them. They have received a lot of criticism, but in the end they will focus on LaLiga and the Champions League, which are their two most important titles. They know that Atlético takes an important advantage from them and that they have to win every game. And the first is ours. You never know what is the best way to catch these teams. Maybe they come off a good streak, in that game they don’t mentalize well, they relax and then you can give them a scare. Or they come screwed up, like now, and you can take advantage to beat them. But always from the basis that they are not well and we make it perfect.

“I’m not defensive and it doesn’t bother me to be a ‘firefighter’ coach.

P. Firefighter Abelardo returns to the bench to save another fire.

R. Welcome whether they call me and proud to work at Primera. It is a luxury as is our profession. I feel privileged and many coaches would change for me. It doesn’t bother me that they can pigeonhole me in that facet of firefighter-savior.

P. What they do say that bothers him is that he is labeled as a defensive coach.

R. Yes. Often times being offensive or defensive is justified by possession and it shouldn’t be. It depends on where you have the ball and what you want it for. If you have it 70 percent in your field, I don’t like it. Sometimes you have to retreat because the rival forces you. The greats also fall back, like Atlético, Sevilla, and even Madrid and Barça, like the other day in the Super Cup, and nothing happens. There are coaches who are branded as defenders, such as Bordalás, or Marcelino himself, and in the Super Cup, Athletic could not push Madrid or Barça higher.

P. Now the trend is to play from behind.

R. It bores me to see a team put 80 touches on their field. And I say it from the respect. I like all kinds of styles. Barça or Manchester City. Also Liverpool. I learn from everyone. To start playing from behind you have to have players to do it. Not all teams can do it. You have to have players who are technically well-equipped and who execute fast, who, with an oriented control, overcome a line.

“I hope Madrid is hurt and very motivated, it will weigh its pride”

P. How do you want your new Alavés to be?

R. Like the one from the previous stage. A brave team that squeezes in the rival field, that with the ball can give three or four passes in a row and progress. That is vertical and shot on goal, that it arrives, that it shoots centers … and there is a balance between attack and defense.

P. What Real Madrid do you expect? One day it’s meat, another it’s fish.

R. Madrid has been like this for several years. It is your success. It has versatile players, technically gifted, who can play inside and out; who manage the spaces; that throw off marks of supports and of rupture. And, in addition, in offensive strategy he is the best in the world. All of that is what makes him scary.

P. It does not seem that he is talking about the Madrid of the present.

R. Last year LaLiga won, winning all the games after the pandemic. Now nothing can be said about Zidane because he has lost two games. He has won three Champions and two Leagues. Real Madrid has one of the best potential in the world.

P. Don’t you think that it is more a sum of individualities than a collective?

R. I do not agree. No matter how many individualities you have, if you are not tactically a team, you will not achieve what Madrid has achieved. That disorder that can have in some moments makes the rivals also disordered. Asensio, Hazard, Isco … they don’t have fixed positions and they confuse the rival. They go inside, they stay open. You never know how to cover them. Defensively he has improved a lot. Yes, it seems like a good team. Titles are not achieved by being a disorganized team. You can win a game, but not a League or a Champions League. It’s a good debate to talk about …

“The great folks sometimes fall back and nothing happens”

R. We beat them because they did not have the day and we scored the goal in a corner of the head in the 93rd minute. They did not even have to serve from the center.

“Today you could not play with the Johan Cruyff system”

Pitu, a smurf, a nickname given to him by his friend Luis Enrique when he was a skinny little boy, claims he doesn’t have a coach to serve as a mirror. “In Spain we have plenty of good ones: Guardiola, Luis Enrique, Marcelino, Emery… I like Klopp. You can see that with the player he has very good chemistry. He must handle the locker room phenomenal. He transmits positivism and gives me that the players believe in him. Then there is Simeone, who you may like more or less, but his team has been doing great for many years. Spending more than three or four seasons at a club and the footballer continuing to believe in your message is very difficult, that’s why it has a lot of merit ”.

Abelardo does not forget Johan Cruyff either. “I learned many things from him, but I think that with the system he brought, the 3-4-3 with the lines so advanced, today it could not be played. He saw football in a different way from everyone. I came from Sporting and my pace changed. As a defender at Barça, I didn’t enjoy a single game. I didn’t run that far back in my entire life. He was not an excessively fast player and had to be attentive to coverage. He had a terrible time ”.

He believes that to be considered a good coach you have to meet some basic requirements. “Besides having tactical knowledge, you have to have a left hand. Knowing how to handle a changing room is essential. You cannot speak in the same way to one player as to another. The result cannot mislead you. As far as possible, you have to have peace of mind. In defeat you must be more faithful to your ideas, if possible ”.

It is also clear that you cannot be friends with the players. “I consider myself a close coach, who gets along well with them; but friend no Can not be. A coach has to treat and measure the same as the 25 players on the squad, although many times this is not the case. If you are friends with one, you will no longer treat him the same. Maybe you only see its positive side and not the other. Passing on to friendship is harmful ”.