These days the ‘SID Display Week 2021’ is celebrated, an event that begins today and will last until May 21, 2021. Samsung Display is one of the invited companies and has taken the opportunity to show several prototypes with the latest technology from screens, from an “S-Foldable” to a mobile with an extendable screen like the one shown by OPPO recently.

Here we leave you with some images of these new prototypes. It is unknown if Samsung will finally turn them into commercial devices, but it does seem that their status is quite advanced and if it is not through Samsung itself, perhaps other brands that work with them will decide.

The first prototype is the one illustrated in this article. A “tri-fold” similar to the one shown by TCL, with a double hinge that allows you to fold the device on several sides and close it until it has a format closer to a traditional mobile.

The name “S-foldable” comes precisely because of that “S” shape that makes the fold. In the left area, a triple camera configuration is also included and in the right area a transparent material is added that could serve as a notification bar or to expose an area of ​​the screen when the folding is closed. 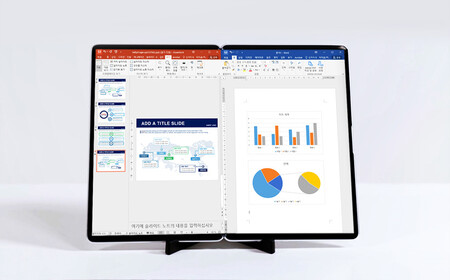 Other concepts shown at the event are a folding tablet with reduced frames and a size of up to 17 inches. A hybrid between tablet and laptop that will allow you to obtain very generous sizes.

In addition to the folding there is also space for the extendable mobiles. In this case, Samsung Display offers us a phone with a slide-out screen to the right side where the extra size is used to display a notification bar. In other prototypes with this technology, what we have seen is that the interface was expanded. 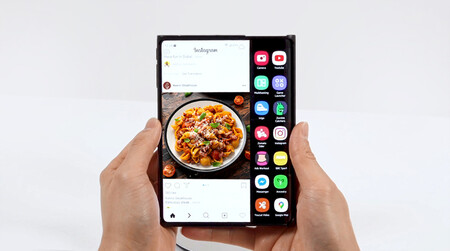 OLED panels in laptops will allow you to hide the webcam 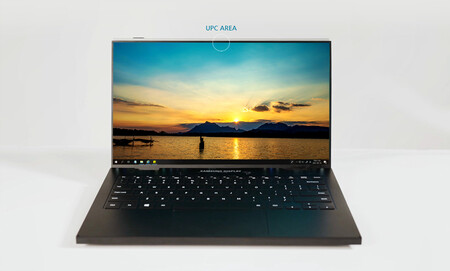 At the beginning of the year we learned that Samsung was working on the under-screen camera with its Samsung Blade Bezel. What we have is a small perforation in the upper area that allows go from 85 to 93% use of the front in a laptop, as promised by Samsung.

Now we have the first images of this laptop with the camera integrated under the OLED panel screen. These panels have not yet managed to spread widely on laptops as they have on mobile phones, but they open the door to new designs like this one presented by Samsung Display.