An American dealer has put on sale a magnificent example of the Chevrolet Corvette ZR1 that is not only in perfect condition, but with only 43 km of use it is still brand new. This authentic time capsule is one of only 488 copies made during the last model year.

Apparitions and findings of this type do not cease to amaze us. Completely new specimens, with practically no kilometers of use and therefore they are still brand new despite the large amount of time elapsed since they left their respective factories. This attractive example of the fourth generation Chevrolet Corvette ZR1 is a good example of this, because despite being more than 25 years old, it has not yet covered 100 kilometers of use.

This unit of the Chevrolet Corvette ZR1 of the C4 generation of the American sports car belongs to the model year 1995, the last manufactured of this special version developed in part by Lotus and of which only 488 units were assembled. So we are talking about a rather scarce version. 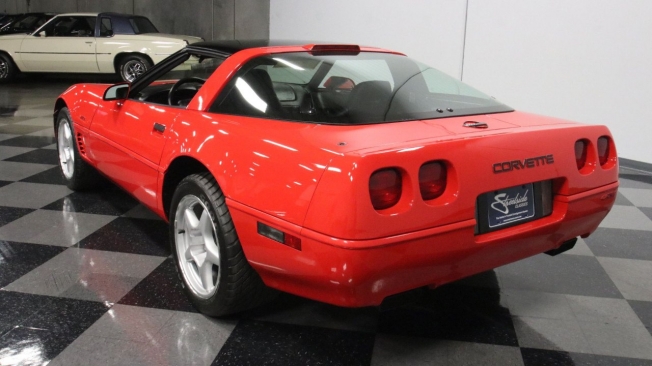 Its condition is unbeatable.

This specimen has appeared for sale at the Streetside Classics dealership in Atlanta and its main characteristic is its magnificent state of conservation, since we can practically say that it is a completely new model, since despite having 25 years of life, on your dashboard we find no more than 27 miles of use, which means little more than 43 kilometers. With this ridiculously low figure we can only say that this copy of the sports car is still brand new.

Its bodywork appears in Torch Red, a chromatic option that is still available today, and the interior in black leather. It has all its original elements, including the tires. So their next owner will have no choice but to replace them if he wants to drive this copy safely. Well at this point, two and a half decades later, the rubbers must have already lost all their original characteristics, with the danger that this entails. Although it is possible that its future buyer will do the same as its original owner, who hid it in a heated garage from day one.

The Chevrolet Corvette C4 ZR1 is a very prominent variant of the American sports car, since General Motors entrusted part of its development to the engineers of Lotus Engineering, since at that time the American corporation was the owner of the small British manufacturer. The guys at Lotus updated the aging Corvette platform and in addition to fine-tuning the frame scheme they also developed the V8 LT5 with 410 CV (405 hp) and 522 Nm of maximum torque that was mounted on the model and that had the peculiarity being the first double overhead cam block used on the Corvette in decades. 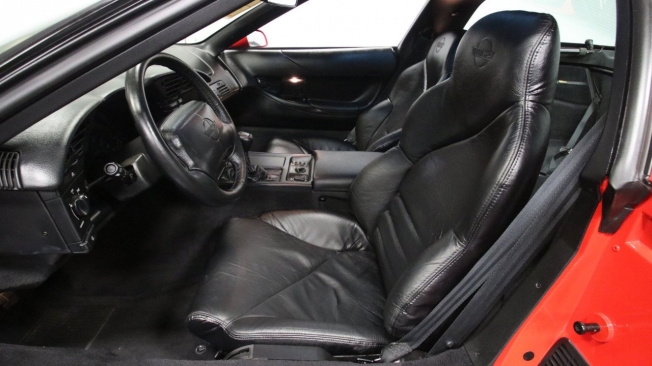 A few folds in the seats are the only wear or imperfection on this copy.

This jewel is currently for sale with a price tag of $ 67,995, so that some North American fan has the possibility of getting a collector’s item like this one for basically what a copy of the new 2021 Chevrolet Corvette Stingray costs. years.