Volvo is one of the most overturned with electrification. It promises a zero emissions range by 2030 and is already working hard to achieve that goal. And, as usual, they give us a small preview of what its future will be in the form of a prototype. Is named Volvo Concept Recharge and it combines all the philosophy that the Swedish manufacturer wants to follow in the coming years. It is an SUV, it is electric and it has cutting-edge technology.

In fact, by its design it could be a declaration of intent about what they have in mind for a future Volvo XC90. In any case, that prototype becomes a flagship that carries Scandinavian minimalism as its flag. By not having an internal combustion engine, the freedom of design leads them to modify the proportions to increase interior space while improving its aerodynamic efficiency. 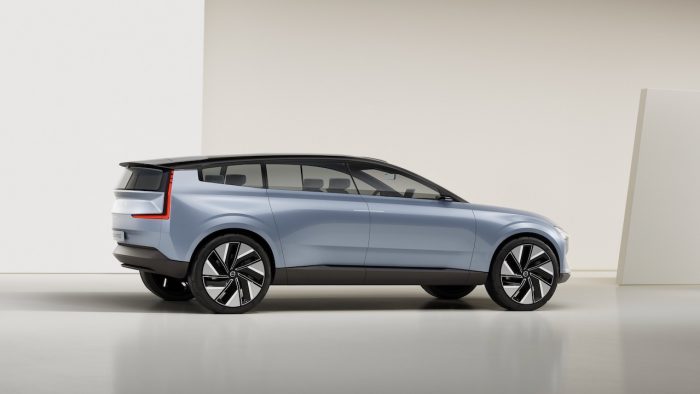 Volvo’s current electric models have had to share architecture with combustion and that has some limitations. However, the next generation will use a specific platform that is more usable. And the Volvo Concept Recharge is the living example of this, with its battery under flat ground, which is larger thanks to the extended wheelbase. It is appreciated that the vehicle has shorter overhangs and larger tires, leaving room for a large interior space.

But before dealing with that topic, let’s talk about new design language from Volvo, which will be present at future brand launches. It highlights a low hood and roof to favor aerodynamics and achieve more autonomy, while there are very recognizable details. The headlights debut a reinterpretation of the mythical hammer of Thor, it has a large glass surface and also introduces L-shaped taillights that extend faster. 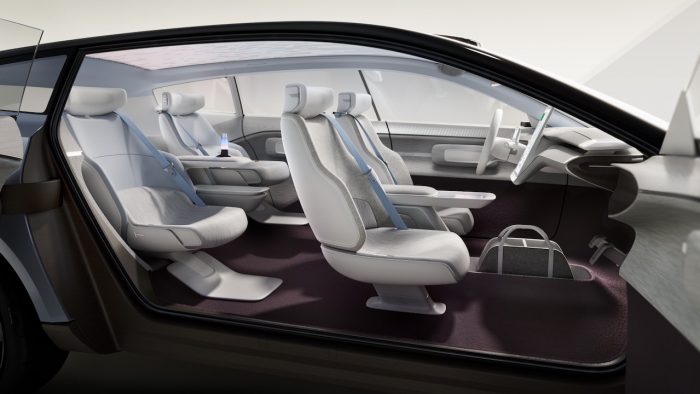 The absence of the B-pillar and the reverse opening of the rear doors results in a very comfortable access to the cabin. It has a four-seat configuration and will have nothing to envy any Scandinavian living room for the quality of its materials. Technology is central to the great 15-inch vertical touch screen, which has a new multimedia system. No technical details on mechanics or driving are given, but the goal is to have vehicles with autonomies close to 1,000 kilometers and with autonomous driving technologies.