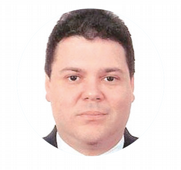 The reaction was a mixture of surprise and disappointment. At this point, we were not expecting a second positive from Robinson Canó. Not from the man who declared, after his first suspension in 2018, that he would never commit an act that violated the rules of the game he loved. Although it is hardly surprising when it comes to the subject of Dominican players and performance-enhancing substances, this news hits hard.

Hit hard for the qualities of the person involved. The simplicity, the treatment, the works of social good in which he has been involved. And of course, the textbook swing, one of the purest we’ve seen, and the natural ability that comes through every time he wears a uniform.

Why? What was the need?
Canó has built a career to rank among the top middlemen of all time. Not to mention money. In an age where new voters tend to be more benign with players linked to “PEDs”, there was the possibility that they would forgive the first suspension and grant their Hall of Fame vote to the Dominican.

But this second positive probably buries his chances. Note that a generational talent like Manny Ramírez has not managed to reach 30% of the votes received for the two suspensions he had in his career.

To make matters worse in Canó’s case, the first positive was the result of the use of the diuretic Furosemide, prohibited by MLB because its use is often linked to the objective of hiding the presence of other substances.

This episode shows again that users of these substances create a strong dependency.

The confidence of being able to perform without “help” is destroyed. To the point of ruining careers and reputations. The unfortunate thing is that, as in the case of Ramírez or Alex Rodríguez, the impression we have is that Robinson Canó had the ability to reach immortality without using the friend foot of steroids.

Unfortunately, he chose the wrong path and today he pays the consequences.