Home>World>“A scientist programmed me to do it”

The accused of killing her sister-in-law with a knife and setting fire to the house where they lived in Torrelavega has admitted this Monday, in part, the facts, since although has admitted that he stabbed him -four of the twenty who presented the body-She has alleged that she did it because “a scientist” told her and “programmed” her to do so.

“The scientist had my mind on a computer. He is close to me to program me and do what he says“, said the defendant before the jury court that will judge what happened in summer 2019, during the interrogation with which the hearing began in the Third Section of the Provincial Court of Cantabria.

To questions from all parties, the person involved – born in 1974 – has acknowledged that He ended the life of his partner’s sister on July 26Although he has indicated that the night before he was “informed” that he had to kill someone, specifically his sister-in-law.

“A scientist told me,” he specified in what was his first statement during the process and for which he entered prison the day after what happened, although She is currently hospitalized in the Psychiatry unit from the Valdecilla Hospital in Santander.

Asked by the prosecutor about why she had not mentioned that scientist before, the defendant indicated that she wanted to tell the psychiatrist at the El Dueso de Santoña prison, to which she was transferred after the events, although she was later referred to the penitentiary center of Villabona, in Asturias, apparently due to problems with her companions in the Cantabrian prison, according to a letter that the private prosecution has contributed at the beginning of the plenary session.

But “I’m not making it up, it’s like that,” he commented on that man and the alleged programming. According to his account, the “scientist” warned her that if she didn’t kill someone, he would end her life. “If you don’t, it killed you,” he commented, to add that he told him that he could give “a key on a computer” and program it to behave as if it were “a robot”, and then he got scared .

In the session, and questions of her lawyer, the defendant has shown in accordance with the sentence requested by the public prosecutor, fourteen years and nine months in prison – for a crime of murder, and applying the incomplete defense of responsibility, having at the time of the events altered his ability to decide and act but not in a “serious” way -.

If you don’t, I hit a button and I’ll kill you

During the interrogation he has corroborated that when everything happened he had been living with his partner for thirteen years and for “two or three” with the victim and that in 2018 the man suffered a stroke. In addition, he added that although she “always” accompanied him to medical check-ups, on the day of the events it was his daughter because she wanted it that way.

In this way, the defendant was going to take the opportunity to pay 15 euros to a call center to call her country but, she reiterated, the night before “a scientist” told her that she had to kill her sister-in-law, despite the fact that “she had no nothing against “her insofar as she” loved madly “her partner.

But “If you don’t, I hit a button and I’ll kill you”He has said that the scientist told him, who also told him how he had to end the life of the victim – “with your hands” and “with more force”, he has paraphrased. “I had no reason to harm her,” said the defendant.

Regarding the assault itself, the accused recalls that He grabbed a kitchen knife and stabbed him on the neck, on the sides -left and right- and on the extremities -legs- as well, but “at no time” did he give him 22 -which are supported by the public and private accusations, exercised by the relatives and asking for 22 years of jail-.

“I don’t know if they did it later”, He has reflected on the rest of the stabbing, at the same time that he has denied that he hit the victim. She has indicated that when it all happened she was “very scared and nervous”, as well as “very sad and desperate”, so she did not call anyone or open the door of the house.

Five hours with the corpse

Thus, according to the accusations, He spent about five hours with the body in the house, but he has denied to questions from both parties that he would try to get rid of it, dismembering it or “hitting a candle”, as he has expressed.

In this sense, and regarding the fire in the house, he has stated that when he realized “the truth” -that his sister-in-law was dead-, decided to set fire to her son’s room and then herself to the victim’s room.

On the fact that she did not present burns but the deceased did, she has reflected that perhaps “at some point” He dropped “a lit match and ignited the mattress”. And regarding this last bedroom, he has denied that the sister-in-law put a latch on the door out of “fear” of her, but of her son, because “he said he wanted to rape her,” as he asserted.

Of his performance after the flames, he has indicated that he kept in a backpack his son’s family book and his jewels and money that, as he has pointed out, have not been returned. In this regard, at another point in his statement, he commented that before what happened he asked a niece of hers to whom he had left money to buy him a plane ticket to the Dominican Republic, because “I wanted to go to my country.”

In another vein, and to questions of the lawyer of the victim’s relatives, he has admitted that Prior to the events, he had requested aid from Social Services, who was initially denied, after which he stated that he lived with friends and not with his partner, with whom he was not married.

He has also acknowledged that while residing together he obtained Spanish nationality and that in his day he registered her as a household employee, to which he replied that she “did everything” about the apartment, while the deceased “did nothing” . 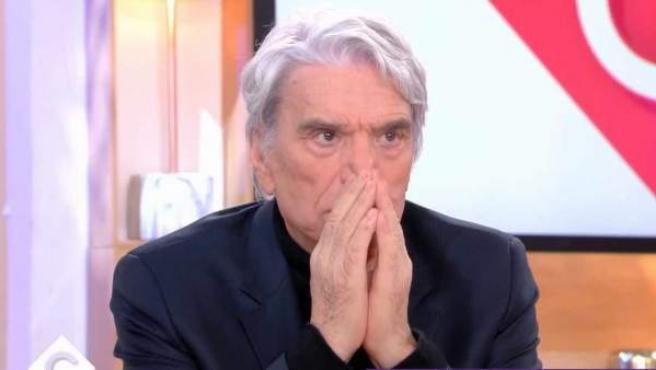 Finally, to questions from her lawyer, she indicated that before the crime she was admitted to a psychiatric center although it had been a long time since he had taken the prescribed medication. Now, she is admitted to the Valdecilla Psychiatry unit, because she has “a cancerous tumor on her head. I feel very bad,” words with which she has concluded her story, just before agreeing with the prison sentence concerned by the fiscal.

In your initial qualification brief, the defense accepts the principle of presumption of innocence and requests free acquittal for its sponsored, although he has emphasized in any case that at the time of the events he had a “disorder” that “seriously” affected his volitional and cognitive faculties.

The trial will continue on Tuesday and Wednesday with the testimony of witnesses, on Thursday with the expert evidence, conclusions and reports, and on Friday with the deliberation and verdict of the jury.