A series of leaked documents from the German company have revealed that it plans to replace the 7-seater Volkswagen Tiguan Allspace in Europe with a new 3-row crossover based on the Volkswagen Tayron that is currently sold in the Chinese market.

A series of internal documents of the German company reveal that this plans to build an entirely new 7-seater crossover in Wolfsburg which will be positioned above the current Volkswagen Tiguan. This new model will continue to be based on the same MQB platform as the Tiguan, but according to these documents it would be related to the Volkswagen Tayron that we can find in China.

With this vague description we can only think that this new model would be intended to replace the Volkswagen Tiguan Allspace, the long and 3-row variant of the Tiguan that is assembled in Mexico. This 7-seater variant is manufactured in North America because it is the only one marketed on that side of the Atlantic, where it receives the name Volkswagen Tiguan (simply). The 5-seater Tiguan that we have in Europe has not been launched in these markets. That market niche will soon be filled by the new Volkswagen Taos, another compact crossover based on the MQB platform and also related to a Chinese model, the Volkswagen Tharu. 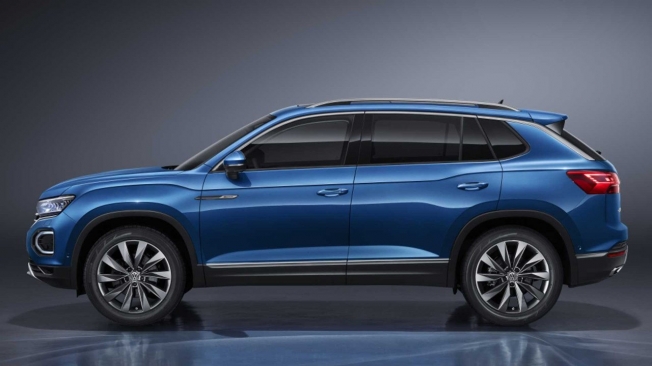 “The main plant has received the production of a large 7-seater SUV that will use ‘Assembly Line 2’. The model will be related to the Tayron that is currently produced in China. »

The intentions of the German brand are to launch a new specific model in the gap between the Volkswagen Tiguan and the Volkswagen Touareg, instead of a simple elongated variant of the Tiguan, which is what we can find today in European dealerships. This does not mean that the Tiguan Allspace will be replaced by the Volkswagen Tayron itself, since this is a model that was originally developed exclusively for China, where it is manufactured by the FAW-Volkswagen joint-venture at its Tianjin facilities. Translating the plan that the documentation describes into reality will mean that the new model will be based on or related to the project that gave rise to the Volkswagen Tayron. But with the specifications of a European product, so the new model will differ from the Chinese in its mechanical range, finishes and even the equipment list.

The Volkswagen Tayron was overtaken by the Volkswagen Advanced Mid-Size SUV prototype. This was renamed when its production variant was presented and it will surely receive a name change again if it is manufactured on the European continent. This strategy is identical to that used by the brand when it decided to launch the Volkswagen Tharu in China and two different variants of the Volkswagen Taos in North America and Latin America. So this is the best example of what can stop this supposed new European crossover.