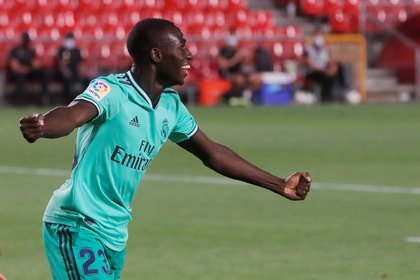 Mendy said that he had to fight against the opinion of doctors to become a footballer (.)

Ferland Mendy, French defender of Real Madrid, spoke this Monday before the microphones of UEFA in the previous duel against Atalanta for the first leg of the knockout stages of the Champions League. The footballer spoke about the crash on Wednesday and also recalled a hard moment from his childhood.

It’s a great story. I went through a difficult time, but it turned out well. I spent seven years at PSG, started with the U11 and got injured before entering the academy. I had arthritis in my hip and I had an infection, so I had to have surgery and I was in the hospital for a long timeto the. There I was in a cast for two or three months. When I was operated on, the doctor came to see me and told me that football was over for me. He even spoke of an amputation. I had to be in a wheelchair for a long time, later on crutches and then I had to learn to walk again ”.

The 25-year-old full-back acknowledged that despite the difficult situation, he never thought about never playing football again. “They took me from one place to another, but I thought I could walk again immediately. I tried, got out of the chair and fell down right away. I had no energy left in my legs because I hadn’t walked and my legs hadn’t moved in a long time. “

“Despite this, I always thought that football was not over for me and I told everyone that I was coming back. Most people thought it was impossible, but I learned to walk again and played with pain in my hip for about a year and a half.. I was named the best left back two years in a row. So honestly it has been good for me, ”he recalled. 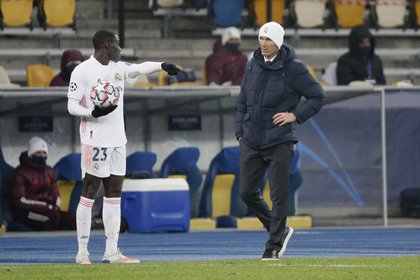 Regarding the game against Atalanta, the Frenchman warned: “We have to be careful. They have not come here for no reason. We know that it is a team that plays well and scores a lot of goals. It will be difficult and we think it will be a very good match. We will have to play the best we can to win.

In addition, Mendy praised his coach, Frenchman Zinedine Zidane, for whom he admires: “He is a legend and, to be honest, it is an honor to be trained by him. When you stand in front of him he gives off charisma. It’s good to see him and we’ve also talked about the French team. He has given me advice and I like to give it my all in every game ”.

The defender also recalled his arrival at Real Madrid and an opportunity that he could not miss: “When I arrived I knew what it would be like and that there were great players. At first you are shy and then you start meeting people and you learn how the group works. Now I am playing more, but I only think about taking advantage of the games they give me. I would not say that I am indisputable. It is also crazy and a milestone to go from almost leaving football to playing for Real Madrid ”.

This Wednesday the Spanish team faces a momentous duel against the Italian team as a visitor for their aspirations in the current season. After removing the Copa del Rey and the defeat in the Spanish Super Cup, the whites only have the Champions League Y The league, a contest in which he is second, three points behind Atlético, with 14 dates remaining.

The fight of giants continues: Lukaku’s dedication gesture and Ibrahimovic’s unthinkable reaction in the Derbi della Madonnina Monaco’s advice to Barcelona after beating PSG that went viral on social media The strange praise of a former Atlético Madrid player for Cholo Simeone: “He has no heart” Lionel Messi message to Ronaldinho for the death of his mother: “I can’t believe it”