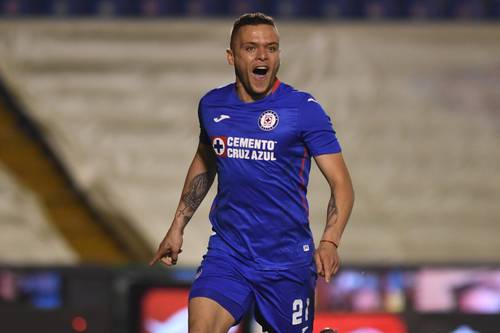 ▲ The Uruguayan Jonathan Cabecita Rodríguez did not participate in the match against Tuzos as punishment for his lack of discipline. I can not think that they still publish it, if it is not a joke !, that they recast them! They deserve a strong sanction, says Manuel Lapuente Photo Twitter @ jona2118

Former manager Rafael Lebrija described as lukewarm the sanction of up to one hundred thousand pesos of fine announced on Saturday by the Mexican Soccer Federation for undisciplined players, because he thought that it would have been better “to apply to the offender, even if the star of the team is, a isolated month and without pay… I think what Chivas did was great, telling them: let’s get out of here! (when canceling them) ”.

Meanwhile, Manuel Lapuente commented that it is inexcusable for a player to abandon the concentration prior to a match, especially in times of pandemic, as was the case of the Uruguayan Jonathan Cabecita Rodríguez, from Cruz Azul, however, he admitted that in his time of team strategist and del Tri once let his pupils go out and have a few drinks, emphasizing that they should not end up drunk.

They did not always obey, but the technician with the beret applied at all times the maxim that dirty clothes are washed at home and “sometimes I sanctioned discreetly, I warned them: this may transcend the public, don’t be fools, people pay! to see you, the television stations pay to be seen, dude! … they force me to take action, because I punish you to make fun of me for being soft, I punish you! “.

For Lebrija, former federation and manager of Toluca and Guadalajara, it is very difficult to control discipline. I can go to a party, I just take care that they do not photograph or record me and now, nothing happens, so what must be done is to have a control with severe sanctions, because they are violating the contractual commitment and there must be heavy hand, pounded.

Lapuente considered the height of impudence that the player himself is responsible for uploading the video to social networks, as happened with Alexis Vega and Uriel Antuna, from Chivas, last August, where they came out singing and with the bottle in hand. I can not think that they still publish it, if it is not a joke, you bastard, that they recast them! They deserve a strong sanction, but one that is not made public because it affects family, friends, acquaintances. It greatly damages their environment, it is what they do not reflect.

The former helmsman in France 1998 does not lose sight of the fact that they are young and there will be occasions when they can have a moment of relaxation, because sometimes the period of confinement is very long, “especially when they concentrated with the national team. Some night he would let them go out, ‘don’t come to me after 12 o’clock or one o’clock, and you are waiting for them to comply, if not, you punish them hard … Normally they all applied well, “he said.

The health crisis due to Covid-19 complicates everything and the footballer must be saved even more. It is a physical job, you depend on your body and you have to always be prepared to perform at your best, how is it possible that they do not take care of their sporting life?

Both Lebrija and Lapuente admitted that the 2021 Guardians tournament, after three dates, exhibits a very low level.

There is fear of the virus and without an audience everything looks sad, let’s hope that in the coming weeks it improves, said Lebrija, while for Lapuente it affects “the cold, the pandemic… it is not about being very macho, it is a tough sport and adverse circumstances weigh much. Get all your patience and a lot of prudence, the bad moment will pass ”, he encouraged.