The african elephants of Forest (Loxodonta cyclotis) and of sheet (Loxodonta africana) have recently been classified as critically endangered and endangered species, respectively, on the Red List of the International Union for Conservation of Nature (IUCN), while the african lions (Panthera leo) are classified as vulnerable.

These are usually conflicts with the local population who defend their livestock and crops from elephants and lions.

“Large mammals, such as lions and elephants, are threatened by continuous loss of habitat, unsustainable hunting and conflicts with humans”, highlights SINC Enrico Di Minin, Director of the Interdisciplinary Conservation Sciences Laboratory at the University of Helsinki, Finland.

Among the main dangers, the greatest proximity from humans to wildlife, increasing risks to people, livestock and crops. “Conflicts between people and animals include human injuries and deaths, direct and indirect economic damage to crops, livestock and property, food insecurity and decreased psychological well-being,” adds the scientist.

But the human activities They are also the ones that most threaten these animals, which venture outside the protected areas. “Usually these are conflicts with the local population who defend their livestock and crops from elephants and lions. There are also cases of man-eating lions entering the villages and attacking the local population, ”Di Minin emphasizes.

In total, according to a study published in the journal Nature Communications and led by Di Minin, elephants and lions kill dozens or hundreds of people each year, but these iconic and threatened animals suffer. retaliation in response to human, livestock and crop damage losses.

Due to these conflicts, the team of scientists has identified the areas with the highest risk of encounters between wildlife and humans in Africa and has calculated the return on investment associated with the construction and maintenance of high-quality fences, which are used to reduce conflicts and which they propose as a possible solution.

The results reveal that human pressure on elephants and lions is extremely high. “We found that 82% of the places that contain lions and elephants in Africa are adjacent to areas with considerable human pressure,” says Di Minin. 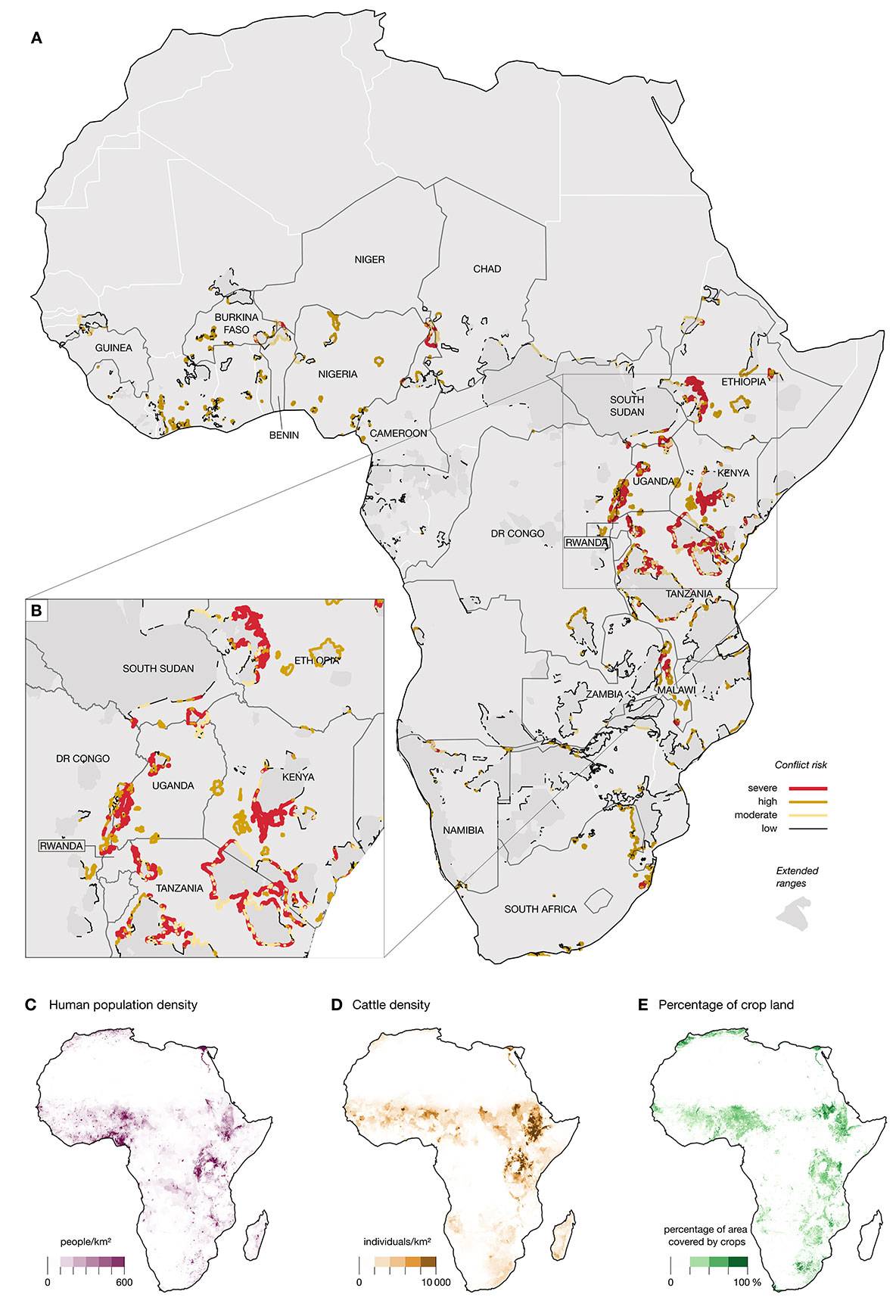 How to mitigate risks

According to the researcher, the areas at serious risk of conflict – those with a high density of humans, crops and livestock – comprise 9% of the perimeter of the distribution areas (between 10,000 and 12,000 km) of these species and are found in 18 countries.

These are home to about 74% and 41% of the African lion and elephant populations, respectively, and are important for their conservation. “We also found that areas at high risk of conflict are especially in East and West Africa“, keep going.

Tanzania, Ethiopia and Kenya would be the countries where investments in mitigation fences around lion and animal ranges would be most profitable

Among the strategies to mitigate the encounters, the scientists highlight that the deployment of high-quality mitigation fences between the ranges of the animals has proven to be effective in several countries in reducing conflicts between people and wildlife. However, they are very expensive to build and maintain.

For this reason, the team analyzed the effect of the fences already installed successfully in several countries, where in addition the budgets of conservation they were adequate, and he valued their profitability. “Installing and maintaining the mitigation fences would likely provide a net return on investment in the 18 countries with areas at serious risk of conflict,” Di Minin stresses.

Tanzania, Ethiopia Y Kenya would be the countries where investments in mitigation fences around lion and animal ranges would be most profitable in terms of reducing livestock loss and crop damage, while contributing to the conservation of these threatened animals.

The researchers also emphasize that it is necessary to avoid a greater fragmentation habitat of migratory species, as well as consider the values, preferences and motivations of the local population before constructing mitigation fences. These strategies are important because “human pressure will increase in the future, as Africa will experience very high human population growth by the end of the century,” concludes Di Minin.