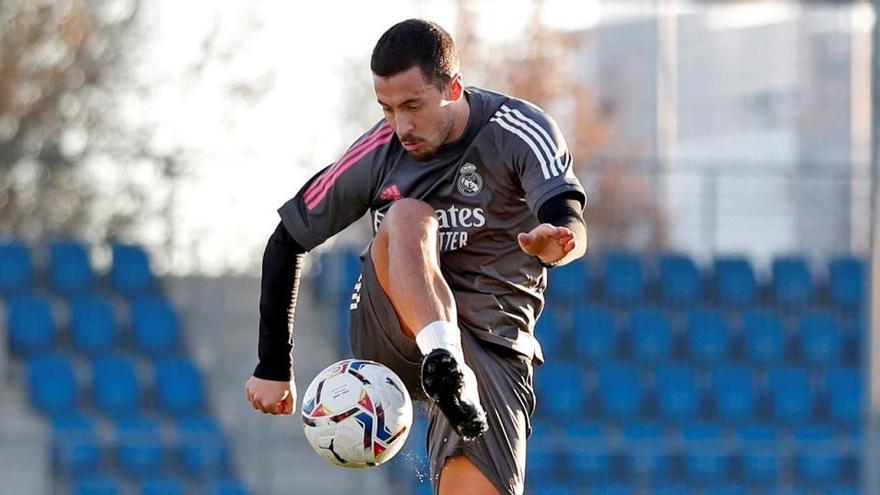 Villarreal and Real Madrid are measured at La Cerámica in a match marked by the good time of the local team and the doubts of a rival who lost their last league match and travels with up to seven casualties between coronavirus and injured.

On Friday, the Madrid team was overwhelmed by bad news in terms of casualties. Behind the positive for coronavirus from Serbian Luka Jovic, Brazilians Casemiro Y Éder Militao They stay in Madrid after giving an indeterminate result in the last tests carried out by LaLiga. Absences that join those of the Spanish Sergio Ramos and Álvaro Odriozola and that of the French Karim Benzema, all due to injury.

For his part, at the premises, his top scorer, Paco Alcácer, has set off the alarms by not jumping to the last training session of his team at the Ciudad Deportiva, apparently due to some muscular problems, so it is a serious question for the match.

Unai Emery’s team is not confident, although he admits that he is going through one of the best moments in recent times, with options to be able to fight for the highest places in the table if he manages to beat a direct rival.

After the national team break, the Castellón team arrives with hardly any casualties and is very solid in La Cerámica, where between the League and the Europa League, they accumulate a draw and six victories that have contributed to sustaining the good moment of the La Plana club.

In the sporting aspect, the coach Unai Emery will not have the injured Albert Moreno and although he recovers the Argentine defender Juan Foyth and perhaps also Jaume Costa, it is very likely that there will be no changes with respect to the eleven that Emery practically considers fixed in the League.

If there are no surprises, Sergio Asenjo will play as goalkeeper, with a defense with Mario Gaspar, Raúl Albiol, Pau Torres and Alfonso Pedraza. In the center of the field will be Vicente Iborra, Manu Trigueros and Dani Parejo, whom They will accompany Gerard Moreno, Moi Gómez and with the doubt of Alcácer.

Real Madrid, for its part, returns to the scene after an international break that has brought positive and other very negative things to the team in terms of absences and recovery of players.

The most popular, the discharge of its captain Sergio Ramos, who will be out for about ten days after injuring his hamstring in Spain’s 6-0 victory over Germany. Absent at Villarreal, in the momentous Champions League match against Inter Milan and against Alavés.

In addition, his usual partner in the center of the rear, the French Raphael varane, arrives between cottons, with only a complete training session, after suffering a blow to the shoulder also with his team.

The Brazilians Éder Militao and Casemiro, who had tested negative up to two times before returning to training, gave an indeterminate result in the last LaLiga tests and have stayed in Madrid as a precaution.

But nevertheless, Belgian Eden Hazard, who tested positive the same day as Casemiro, did test negative in these tests and will be along with the rest of his companions, like the Spanish Dani Carvajal and Nacho Fernández, already recovered from their respective injuries taking advantage of the international break.

The last LaLiga Santander match against Valencia meant, in addition to the bulky defeat (4-1), seeing how the great reference above, the Frenchman Karim Benzema, suffered discomfort that thirteen days later they also left him out against Villarreal. Limping of the hip, the club prefers not to risk and will stay in Madrid doing specific work to try to get to next Wednesday’s game against Inter Milan.

The extensive medical part of Real Madrid ends with the casualties of uruguayo Fede Valverde and the Spanish Álvaro Odriozola, while the football part comes with the doubts generated by the defeat in Valencia increased by the loss of Ramos, with part of his mind set on the Champions League match in Milan and with the memory of the first game after the last break against Cádiz that was settled with a defeat by the minimum (0-1).

Test of level and of knowing how to survive without its captain, in return with its renewal, for a Real Madrid that visits Villarreal that, after losing 4-0 against Barcelona, ​​wants to show that it can fight for important things this season.