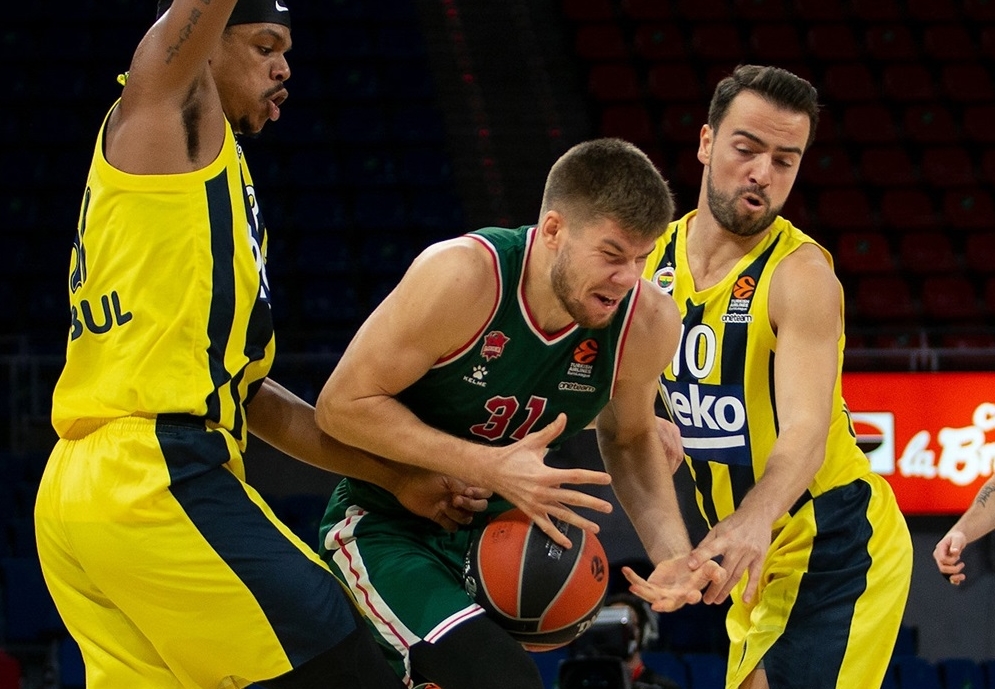 Ivanovic is sure to have a lot of drawbacks to his men’s game against Fenerbahce, because he is a nonconformist and aspires to perfection. He will punish his players for that cold start that was reminiscent of Moscow’s against CSKA last week, and which then led to a defeat. If in the Russian capital, the reaction was late, this time, the Baskonia coach prevented the matter from getting out of control, so in a flash he gave a radical change to the line-up. It went from 0-9 to 7-11, and since then, things have been much better. Alec Peters (25 points, seven rebounds and a PIR of 31) led the Baskonista collective game to grab the third win in seven Euroleague games.

He will have things to improve his team, sure, but Ivanovic will also have to recognize, that against the Turkish team, his acted, for many minutes, with a harmony and balance that dismantled the defensive and offensive fabric of the rival. Baskonia performed at full speed, but with a maddening peace of mind for Fenerbahce. After that disconcerting start, with constant errors in free throws, and holes in defense, and after the rectification from the bench, the Vitoria team reached their cruising speed and went step by step, as if they were not in a hurry, even if they were in a hurry. , opening a hole in the light. The inspiration of Peters, who finished with 25 points, and that of Dragic, successful in key moments, in addition to being aggressive in defense and attack, were decomposing the aurinegro team, which saw how Baskonia increased its advantage, while they despaired of his lack of skill in the outside shot. With a very dynamic defense of the Vitorians, they entrusted themselves to the wrist of their bombers and punctured the bone. Their percentage of 21.4% in shots of three (6 of 28), was not enough to break the baskonista harmony, which since the tie at 23, already in the second quarter, and after a basket by Gedraitis, which undid the matched, he never lost command of the party.

Not even when the Turks approached after an 8-0 run, did Baskonia break down in the third quarter. Fenerbahce got just one point (60-59), but the reaction was immediate. The third quarter ended with five points from Ivanovic’s team ahead, and the progression did not stop until the end of the match. Peters continued to crush the rival basket, Gedraitis joined the party, and in the end, two free throws by Dragic, seven tenths from the end, put the final figures (86-68) on the scoreboard, to seal one of the best Baskonia’s performances in the Euroleague this season.