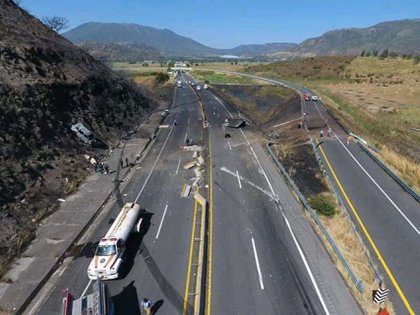 The cause of the accident was determined (PHOTO: Secretariat of Citizen Security of Nayarit / CUARTOSCURO)

A few days from accident occurred on November 16 on the Guadalajara-Tepic highway, the Nayarit State Attorney General’s Office (FGE) determined through various expert examinations that this was caused by lack of caution of the pipe conductor.

According to a statement from the FGE, it was through witness interviews, preliminary technical reports, inspections and fixations at the intervention site, determined the origin of the disaster that left 14 dead as a result.

“Once the various data were analyzed, it is determined that this regrettable The event was caused by the lack of precaution to drive by the driver of the tractor-trailer vehicle by not keeping the safety distance”Explains the document.

He also pointed out that the The first car to be hit was a Chevrolet where sisters Verónica and Jessica Araceli López Prado were traveling, and they went accompanied by Verónica’s son, Diego Said Fierros López. The three of them were heading towards Puerto Vallarta. “This caused it to collide with a range against the Chevrolet vehicle, type Cruze, red color, which preceded it in the march on its corresponding traffic lane, derived from which the first one overturns on its right side, catching fire and exploding the semi-trailers because of the explosive material they were transporting ”, he adds.

After the explosion, another three cars were affected and that added to the number of deaths.

“How As a result of the shock wave, Kia vehicles were incinerated, wagon type and the Honda, Civic type, that were traveling in the direction of Guadalajara, Jalisco, and as a result of this explosion, a fifth vehicle brand Ford, Superduty type, that was stopped on the asphalt strip ”, explained the report. 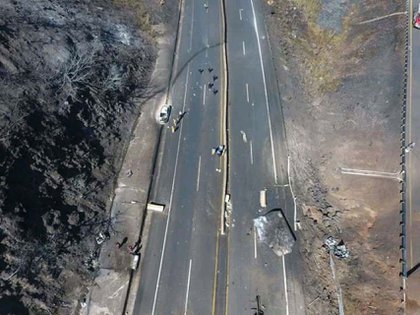 There was a survivor of the accident (PHOTO: Secretariat of Citizen Security of Nayarit / CUARTOSCURO)

On the other hand, the prosecution reported that Mayra Avilene Elizalde Partida, the only survivor and who was traveling in the Honda, is still receiving medical attention in a private hospital in Tepic. According to previous reports, she had burns on 96% of her body.

“Her state of health is still considered serious, as her medical expenses are being covered by the insurance company of the vehicle in which she was traveling, as well as by the highway insurer, due to the fact that the toll is operating normally ”, added the statement.

The FGE added that it is generating rapprochement with other insurers to achieve the payment of compensation for the damage of the victims, and mainly with Mayra. The latter because he requires specialized care due to the severity of his injuries. 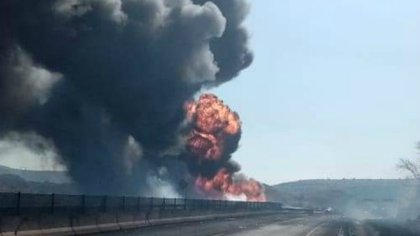 It was last Monday that the governor of Nayarit, Antonio Echeverría, reported on “several deceased persons” after the accident. Through social networks, the president reported that it was an explosion of a gas tanker at the height of the Jala – Compostela cruise.

According to the Twitter thread where the damage from the explosion is reported, this it reached an area of ​​about 2 hectares.

The balance of the tragedy: they identified five victims of the explosion of a pipe on the Tepic-Guadalajara highway

Screams and fear: the exact moment of the explosion on the Tepic – Guadalajara highway that left 14 dead

Tragedy in Tabasco: at least four killed by pipe explosion on the highway