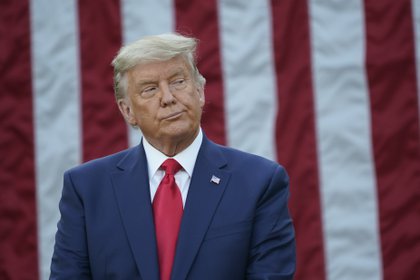 The president of the United States, Donald Trump.

A federal judge on Saturday dismissed the most important lawsuit that the campaign of the outgoing president, Donald Trump, had filed in Pennsylvania, and It left him practically without options to reverse the outcome of the elections in that state on which the keys to the White House depend.

Judge Matthew Brann’s decision implies that Pennsylvania counties have a free hand to certify the results of the November 3 election, for which the deadline is met this Monday, and thus confirming the president-elect, Joe Biden, as the winner of the territory.

The demand intended to invalidate millions of votes cast by mail arguing that the ability for voters to correct errors on their ballots in certain counties hurt Trump’s Republican party.

The magistrate ruled that the Trump campaign had resorted to “flawed and meritless legal arguments, and speculative accusations” in its attempt to discard millions of votes. “In the United States of America this cannot justify the suppression of the right to vote for a single voter, let alone all voters in its sixth most populous state,” Brann wrote.

The decision marks a deep setback for the legal strategy of the Trump campaign, which has already lost other cases in Pennsylvania, in addition to Michigan, Georgia, Nevada and Arizona in its complaint without evidence of electoral fraud. 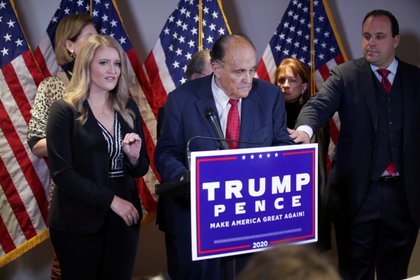 This lawsuit was the last major lawsuit active in Pennsylvania, and the outgoing president’s attorney, Rudy Giuliani, personally defended it during a hearing last Tuesday.

Without Pennsylvania, it is virtually impossible for Trump to turn the election result around, since the advantage of Biden in the Electoral College is such (of 306 votes against 232), that the current president would have to demonstrate a major fraud in several states to prevail.

Trump has already received two other setbacks this Friday: the first in Georgia, which certified Biden’s victory; and the second in Michigan, where two state legislators whom he invited to the White House affirmed, after the meeting, that they had no information that could change the outcome of the elections in their state.

Without reversing the result in multiple states, something extremely unlikely, Trump will not be able to prevent Biden from assuming the presidency on January 20, and the ways to achieve this are closed with each passing day.

Trump’s team only has until December 8 to develop its legal strategy, because that day all the states should have resolved any dispute and the governor of each territory must send the certified results to Congress.

Marco Rubio recommended that Trump collaborate with the transition: “Our enemies are not going to give the next president three months to start working.”