Gigabyte Aorus FV43U is a computer monitor presented at an event in Taiwan where the brand announced a comprehensive update of its products, motherboards, graphics cards and monitors as impressive as the one at hand.

And it is that this monitor competes with the size of many televisions by offering 43 inches diagonal. Its native resolution is 4K with a 10-bit panel that offers 97% coverage of the DCI-P3 color gamut.

It is intended for multimedia entertainment and for this it has a built-in TV tuner. However, its best features focus it on playing games on PC and connecting next-generation consoles that can take advantage of its features.

And is that the Gigabyte Aorus FV43U has an update frequency of 144 HzThe highest in the industry for 4K resolutions, coupled with an outstanding 1ms response time. VESA DisplayHDR 1000 certification confirms the 1,000 nits of brightness and the great level of this monitor.

In terms of design, it cuts the bezels on three of its sides and has side legs to maintain its large size, although it can be hung on the wall with the VESA mount. Although not confirmed, the panel appears to be compatible with HDMI 2.1 and Display Port 1.4. It is certain that it will have support for image synchronization technologies. 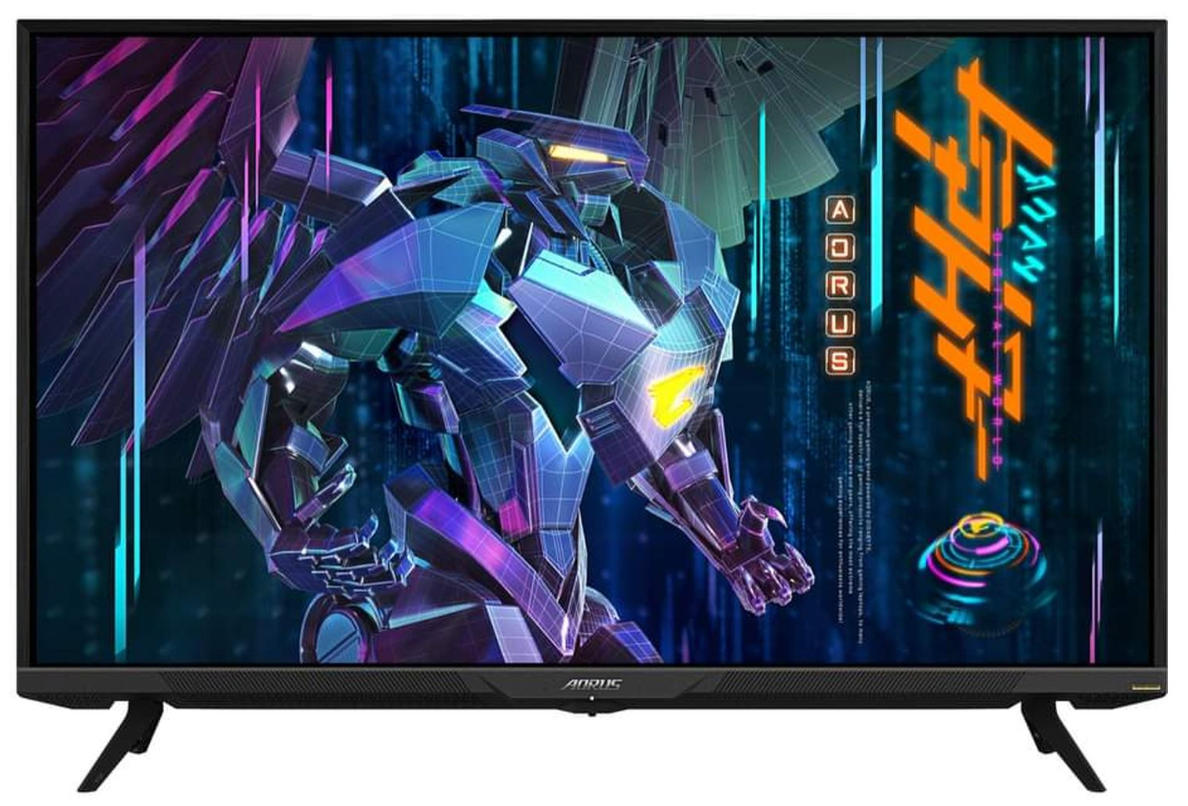 The Gigabyte Aorus FV43U will be available this month and the truth is that it offers all the features that a PC gamer dreams of and those necessary to take advantage of the next generation consoles. It only has a ‘little problem’: it is not suitable for tight budgets as some Asian retailers that accept orders have marked a price of $ 1,500. A great investment for a large monitor and the possibility of using it as a television thanks to its built-in tuner.