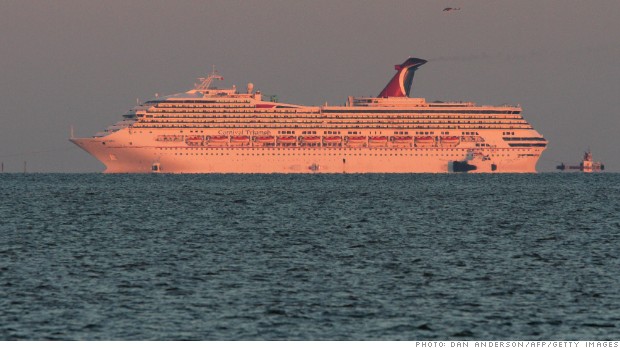 NEW YORK (CNNMoney) – Now, being connected in the middle of the ocean is easier than ever.

Passengers have had spotty satellite Internet access for years, but Carnival says the new system will offer better connections and the ability to participate in high-bandwidth activities such as video streaming.

Ramón Millán, the company’s director of information systems, said Carnival faces a technical challenge similar to that of the airline industry, which has gradually increased the speed of onboard Wi-Fi available to passengers.

“It is a ship and it is moving in the middle of the ocean where there is no infrastructure, so we have to be creative,” he said.

The new system works alternately between Wi-Fi located in the port, satellite Internet and “long-range” Wi-Fi that uses terrestrial antennas to establish the connection when the ship is less than 40 miles from shore. As a result, the speeds are 10 times faster than what the cruise line previously offered.

Millan said Carnival developed the system in part to serve younger travelers “who have made connectivity and social media a part of their daily lives.”

«Our clients look for different experiences when they are cruising; some are interested in disconnecting, and others prefer to stay in touch with their world that stays at home, “he said.