The Pariah Engineer is a new profession for Bardin Goreksson that comes to the game as paid DLC.

If your dream in life is to arm yourself with a minigun, and start annihilating dirty Skaven, the new DLC for Warhammer: Vermintide II has what you are looking for. The Paria Engineer, a new game profession for Bardin Goreksson, which transforms the fearsome dwarf warrior into a veritable killing machine, with firepower as if to end by itself with everything that is put before him.

“The Pariah Engineer may not be a graduate of the Engineers Guild, but not for that reason it is less lethal“, they comment from the developer Fatshark,” because it is armed with a great variety of experimental weapons. His unmatched use of heavy machinery together with its various devices make it a master of the utilities that will kill anything or anyone who gets in his way. “ 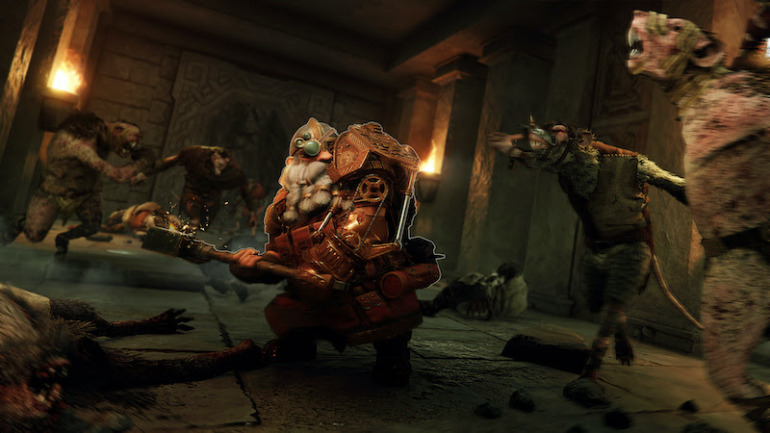 With this new profession, Bardin arms himself with a handful of grenades and a steam crank machine gun, ready for battle. And alongside it, this paid DLC adds an exclusive character skin and new lines of dialogue, new custom weapons like the Masterpiece Pistol and the Gear Hammer, and even a unique talent tree of this profession to improve the character’s bombs.

“The fan favorite, Bardin stands out with this new arsenal that will allow you to repel the Skaven and the Chaos factions, “says Martin Wahlund of Fatshark. Additional content is now available via 3.49 euros, and that offers several alternative aspects as a separate purchase. We remind you that the authors of this game are already working on other adventures such as Warhammer 40,000 Darktide for PS5 and Xbox Series, but if you have not yet tried this curious FPS based on the Games Workshop saga, here is the analysis of Warhammer: Vermintide 2.