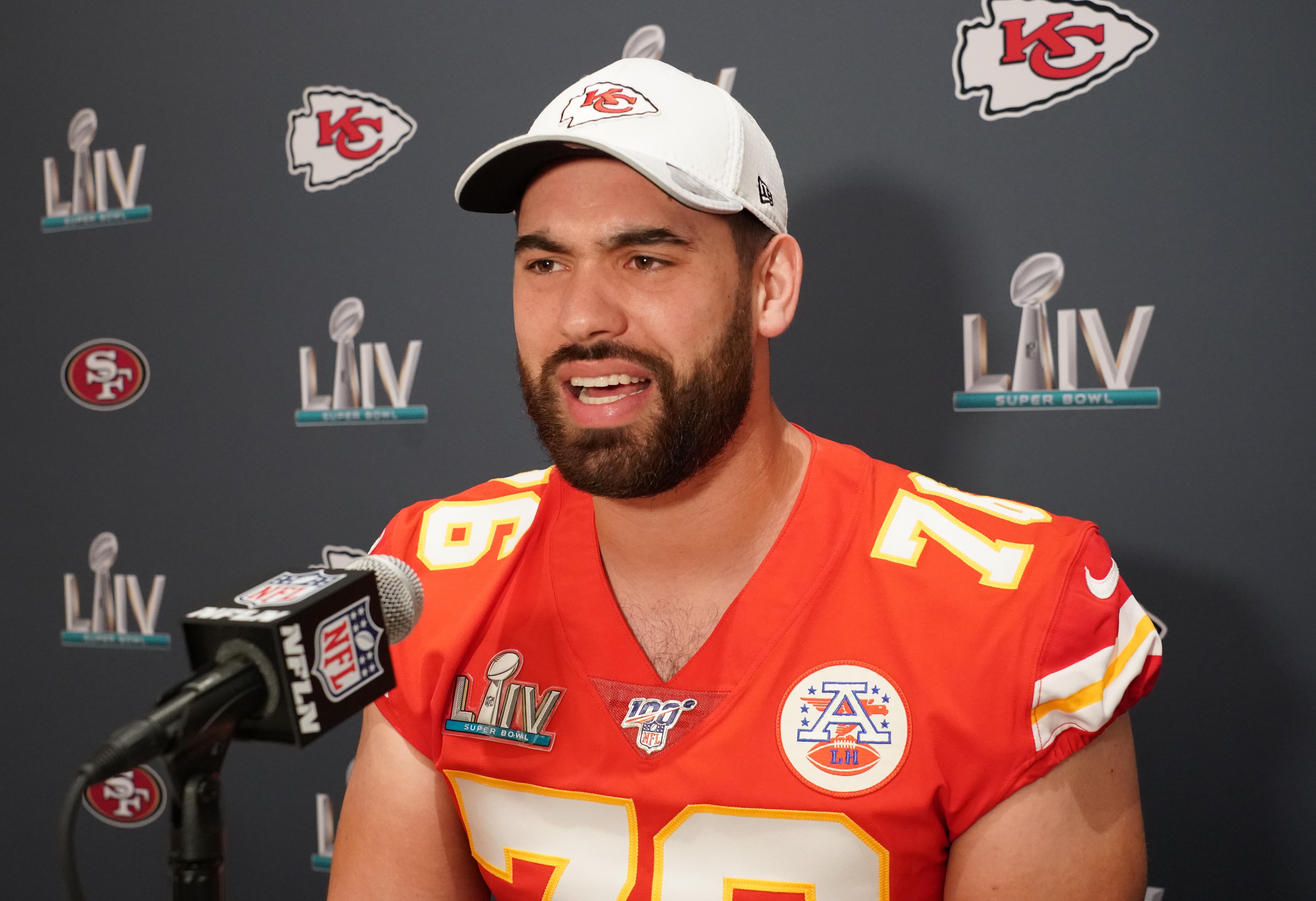 Laurent Duvernay-Tardif contributed from the offensive line as the Kansas City Chiefs beat the San Francisco 49ers in February this year in the Super Bowl final. A few days ago, the Hall of Fame of the NFL (the American football league) honored this 29-year-old Canadian player, but for his actions in the wake of covid-19. The number 76 of the red-and-white squad has served as a volunteer at a Québec health center and resigned from playing this season due to the risks of the coronavirus.

Several Laurent Duvernay-Tardif memorabilia are featured in one of the Hall of Fame sections (located in Canton, Ohio). Instead of a helmet, shoulder pads and an oval ball signed by the Canadian, the visitors have in sight a nurse’s shirt, a medical gown, a protective visor and a mask used by the player in his volunteer hours. Duvernay-Tardif welcomed the gesture: “I accept this honor on my behalf, but also on behalf of all frontline workers who have dedicated their lives to protecting our communities.”

Duvernay-Tardif made only one condition when he was signed by Kansas City in 2014: reside for several months in Montreal at the end of each season to finish his medical studies at McGill University, where he played in the Canadian collegiate league from 2010 to 2013. The concluded in mid-2018, becoming the first NFL player to earn a diploma in this discipline during his active years; all this without neglecting his performances in the field. In 2017, he signed a new contract with Kansas City: five years in exchange for 42.3 million dollars (about 35.6 million euros).

After the victory last February in the Super Bowl, Laurent Duvernay-Tardif returned to Montreal. It was at the end of March, when covid-19 began to show its lethal force in Canada, especially in the province of Quebec. A few weeks later, Duvernay-Tardif decided to volunteer at a health center in the Montérégie region, an hour from the Québec metropolis.

On July 24, the athlete announced that he would not participate in this year’s NFL season. “I am convinced that the Chiefs medical team has put in place a solid plan to minimize the risks associated with covid-19. However, the risks persist and, as a future health professional, I cannot allow myself to be a potential vector of transmission in our communities, ”said the player. “My experience last spring in the front lines gave me a different perspective on the pandemic and the pressure it exerts on healthcare. If I have to be in a situation that involves significant risks, it will be treating patients, “he added.

As a result of this decision, Duvernay-Tardif will receive this season $ 150,000 (about 126,000 euros) instead of the millions that corresponded to him for the contract signed in 2017, a huge difference. The Canadian was the first NFL player to give up the season due to covid-19. The player collaborates in the health center two days a week, since the rest of the time is dedicated to studying at a distance at Harvard University, both in epidemiology and biostatistics. And he wants to play again next season.

Journalist Adam Teicher described this doctor with a Super Bowl ring on ESPN as “the most interesting man in the NFL.” Teicher emphasized his qualities on the pitch and his passion for medicine, but also being bilingual and leading a lifestyle marked by simplicity. In fact, Montreal gallery owners know that one of the few exceptions she makes with her checkbook is when she adds pieces to her contemporary art collection. He also dedicates time and money to the foundation he created in the city to promote physical activity among children and young people.