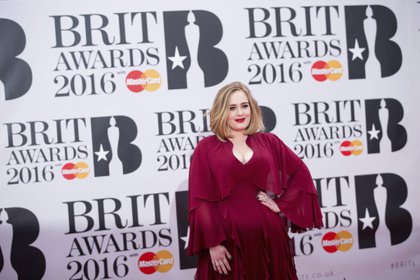 London, Jan 23 . .- When Adele wrote the first verses of ‘Rolling in the deep’ in the basement of a Chinese restaurant in San Francisco, she did not know that, years later, her album ’21’ would change her life and it would become a timeless classic in music history, breaking all records.
With no other pretense than to talk about love without filters and give rein to the feelings caused by a recent breakup, the singer’s great compositional capacity did the rest, turning ’21’ into a contemporary pop masterpiece that, a decade after its release, it is still the best-selling album of the 21st century.
After an outstanding debut with ’19’, which contained jewels such as ‘Daydreamer’, ‘Hometown Glory’, ‘Chasing Pavements’ or a celebrated version of ‘Make you feel my love’ by Bob Dylan, the British woman faced the great challenge of many artists: their second album and the risk that it is not the same as the first.
The same sense of fear that you probably also felt in your first television appearance, in front of stars like Björk or Paul McCartney, and of a young journalist and music critic, Ian Wade, who worked behind the scenes and remembers in an interview with Efe how it was done instantly “fan” of young Adele from that moment.
A few years later it was precisely he who had to review ’21’ for the BBC after its release in 2011, when he admitted that Adele’s album was “so wonderful that you are forced to stand up and clap after the first listen”, as he felt it “immediately familiar” and predicted that “he was going to sweep” all the awards.
The resulting combination of the classic and timeless melodies of ’21’ like “Someone like you”, the southern blues that is glimpsed in “I’ll be waiting”, or the bossanova that brings color to The Cure’s “Lovesong”, together with a quality production, and lyrics with which everyone could feel identified … it was a success.
A HEART ABOUT TO EXPLODE
But the trigger was, especially, the fierce ballad ‘Rolling in the deep’, whose already iconic rhythm is nothing more than that of the artist’s own heart about to explode with rage; and that not even Adele’s drummer in this song, Leo Taylor, imagined when creating it that it would end up being “so good”, as he admits to Efe.
The musician explains that, to make the sound of the drums “physically grow in the room,” they built a “tunnel” with three bass drums in the studio, “experimented” with the boxes and the rest of the pieces, and accompanied them. with “footsteps” and palms “.
The opportunity came to him by chance, after a cancellation, and he is very “lucky” to have contributed to a project like ’21’ which, although it was something “fleeting” that lasted eight hours and involved three songs, allowed him to meet between takes. and, cigar in hand, to the “ambitious” and “instantly nice” Adele.
“A COUNTERCURRENT” OF THE INDUSTRY
The British knows that, as dictated by one of the eleven songs of ’21’, it is “One and Only” (One and Only) and its success lies there. She just has to be herself, with her self-confidence, her sense of humor and her personal voice; And he doesn’t even need to tour annually – he’s only done 3 in his career – because the songs sell themselves.
In the age of streaming and fast food music, Adele is one of the only artists who can go against the current scheme and spend six years cooking an album over low heat, because the “brand” she has forged with ’19’ , ’21’ and ’25’ is synonymous with quality and its most loyal audience knows that it will be worth the wait.
Adele is not the same as the rest of her contemporaries, because while the rest of the industry looks to the future, the British woman prefers to look in the mirror of all those who preceded her – and who even came to cover her, like Aretha Franklin – to inherit her legacy and extend it over time.
Her last media appearance in October 2020, as a presenter for one night of the legendary American program ‘Saturday Night Live’, had many of the singer’s fans in suspense, who expected her to use the platform to announce her new album, but it was in vain.
What Efe has been able to know is that in this future album, one of Adele’s regular producers, Paul Epworth, “is not so involved” and neither is Taylor, although he added that “it is possible” that one of the songs that remained outside of ’21’ he gets another chance on the next album, which the drummer imagines will come out “maybe next year”.
With 31 million copies sold and a triple Guinness record behind them, it is a fact that still no album has been able to overshadow ’21’ or Adele a decade later – not even its successor, ’25’ – and their songs sound Today as fresh as the day they were born from a broken heart in that basement.