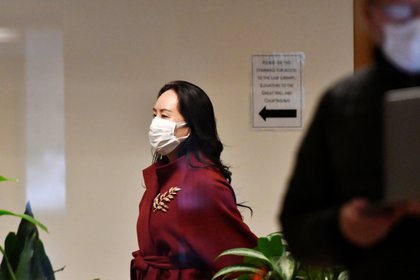 A Canadian customs official, who appeared in connection with the extradition proceedings of a Huawei executive arrested at the end of 2018 at the request of the United States, said Thursday that he feared she would have “resources” to quietly leave Canada.

Meng wanzhou48-year-old CFO of the Chinese telecommunications giant, She was arrested on December 1, 2018 at the Vancouver airport by Canadian authorities, at the request of the United States, which accuses it of having circumvented the US sanctions against Iran.

Defense of Meng, daughter of Huawei’s founder, tries to prove during new Vancouver court hearings that her rights were violated during her arrest, which Canada denies.

Meng maintains that at the time of her arrest she was interrogated for three hours without a lawyer present and without knowing why, and had to hand over the passwords for her electronic devices to customs officials, who passed them on to the Canadian federal police.

The latter would have later sent them to the US FBI, according to their lawyers, who denounce “collusion” between the Canadian authorities and the US federal police.

On Thursday, Sowmith Katragadda, a Canadian border services officer who questioned the executive upon her arrival in Vancouver, said her questions had been limited to determining whether she was authorized to enter Canada under immigration law, and that included inquiries regarding Huawei’s activities in Iran and the United States. 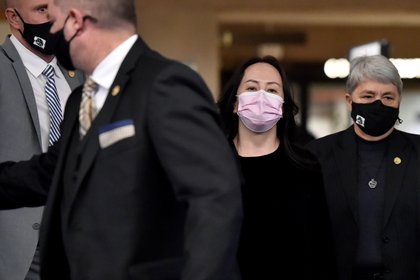 His questions, he said, were not related to the fraud allegations and he never received instructions from the FBI.

Katragadda said she had postponed questioning Meng so that it would not delay her arrest by Canadian police.

“If released, Ms. Meng would certainly have the resources to leave Canada.”, said.

Meng Wanzhou is “a senior manager of one of the largest companies in the world and Canada is a very large country with many small airports”he explained.

She could have “very easily” gone to one of these airports and out of Canada “if she had decided to do so,” the officer said.

Earlier Thursday, Winston Yep, the police officer who signed the arrest warrant and detained Meng, said he feared she would resist and have a knife or bodyguard to physically defend her.

His arrest, followed days later by the arrest in China of two Canadians accused of espionage, caused a serious diplomatic crisis between Beijing and Ottawa.

“We hope they repent”: Chapo’s defense asks for the same treatment that they gave to General Cienfuegos