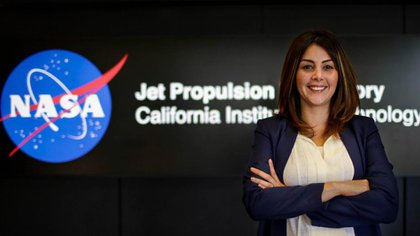 “I sat in the first seat and said: what the hell am I doing here? I am looking at the whole world and I see white, male, white, male, white, a Latin woman, speaking Spanish, what am I doing here?”Diana Trujillo wondered, before defining that she wanted to study aerospace engineering, a decision that, without knowing it, would lead this Colombian to be part of one of the most important NASA missions with which they will search for life on Mars: Mars 2020.

Trujillo was born in Cali, but at 17, according to El Espectador newspaper, in the middle of her parents’ divorce, she and her mother, with just $ 300 and without knowing English, decided to try their luck in the United States. For three years he worked cleaning houses and in a bakery to pay for his English courses. At that time, although she was sure that it was time to choose a professional career, she did not yet know which one she should study.

In dialogue with the Bogota media, Diana indicated that she chose her profession shortly before a meeting with the director of the admissions department of the University of Florida in which she had to inform him which program she was going to study, a decision that, as she described to the newspaper, It was one of the hardest I’ve ever taken. “I had to invest in an education that I had to pay for, and I had nothing”Trujillo pointed out, explaining that if he made a mistake in his decision, he would have no turning back.

Waiting to be called, a couple of chairs from where she was sitting, she saw a magazine with an article about women who had been astronauts at NASA, and I went there, after reading all those stories, that she decided that she wanted to study Engineering. Aerospace.

“That magazine answered me what I could not see in line, that there were other women, from other countries, who spoke other languages, so when they called me I said yes, let’s sign, Aerospace Engineering”Trujillo told El Espectador. 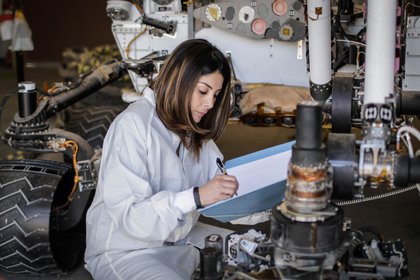 Photograph provided by NASA of Colombian engineer Diana Trujillo, one of the members of the new mission to Mars. . / Nasa / ONLY EDITORIAL USE / NO SALES

From there, she began her training at the University of Florida, where, in 2007, she was selected, among 3,000 applicants, one of the 18 best students of the institution who applied for a summer internship in a program of the Academy of NASA, as detailed to the newspaper El País de Cali.

There, at the suggestion of a professor, he decided to continue his studies at the University of Maryland, with the aim of working as an operations manager for NASA’s education department. In this opportunity, she was the only Hispanic to reach that position in the Space Agency.

“When I arrived, I was the only one and it felt weird, but at that time I was still in a situation where I didn’t have a job with my career, so it was a situation in which it works or it doesn’t work, and this for me has than to be an internship in which I have to show that I deserve to be here“Recalled the caleña to the newspaper El Espectador.

According to Trujillo, he began working at NASA’s Jet Propulsion Laboratory, the central facility where most of the unmanned spacecraft are built, and then, in 2011, he became part of the design group for the robotic arm of NASA. Curiosity mission, which sought to establish whether life ever existed on Mars, which eventually led to to be chief engineer of the robotic arm of the Perseverance, a vehicle for the Mars 2020 mission, with which NASA seeks to investigate whether there is life on Mars. 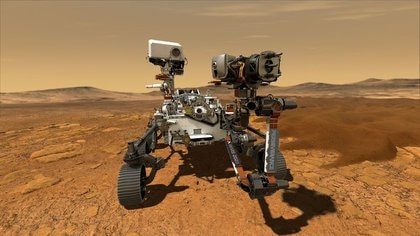 This Thursday, February 18, the Rover Perseverance will dock on the surface of the red planet, where the rover will begin its investigation and collection of samples on the surface of Mars to determine whether or not there is life on the planet. In addition, according to the Space Agency, for the first time, the landing will be broadcast in Spanish, and the voice in charge of announcing the arrival of the Rover Perseverance will be that of Diana Trujillo from Cali.

No more pico and cedula in Bogotá from Friday

This is Seaflower, the natural area for which Colombia entered into a debate with Nicaragua