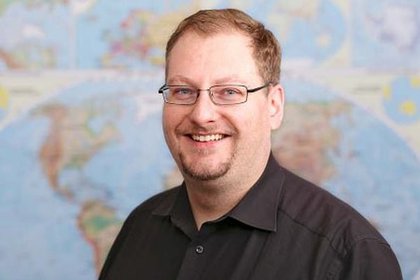 Stefan R is a teacher of mathematics and chemistry in a secondary school in Berlin who is being accused of the death of Stefan Trogisch, who would have killed and eaten his remains

A German school teacher is the main suspect in the disappearance of a man whose bones were found in a Berlin park. The authorities believe that they met on a gay dating site and that after killing him the professor would have eaten his remains.

The alleged cannibal is identified as Stefan R, 41, and his victim would be Stefan Trogisch, 44, whose disappearance had been reported by his roommates in early September after leaving one day at midnight and never returning.

On 8 November last, pedestrians found Trogisch’s bones in a park in Berlin and reported them to the police. Authorities used two trained dogs to follow tracks from separate points in the city and both arrived at the cannibal professor’s apartment.

There they found a bone saw with human blood, a supply of chemicals, and an empty cooler. The suspect claimed the chemicals were used to make soap, but police are investigating whether they may have been used to decompose the victim’s body.

The authorities have several indications to support their suspicions and capture the professor on Wednesday. One of them was the way the bones were found, completely clean of meat or muscle, which follows that they were artificially separated.

“Due to the completely skinned bone and other evidence, we strongly suspect that Stefan Trogisch was the victim of a cannibal”, a police spokesman told local media.

Further, during the search of the alleged murderer’s apartment, they found traces of the victim’s blood after conducting forensic tests. Reviewing their search history they also discovered that Stefan R He had an interest in cannibalism and participated in forums where the subject was discussed.

In one of those discussions he even answered the question of if it was possible to survive a genital amputation, stating that “in my experience” some people (men) had this desire to feel like women or to obtain masochistic pleasure.

Stefan R is a mathematics and chemistry teacher in a secondary school in Berlin; his victim, Stefan Trogisch, was an electrical mechanic. The two would have met through a gay online dating site, and after exchanging messages that are in the hands of the authorities, they would have agreed to meet on the night of September 5 when Trogisch said goodbye to his roommates for the last time before leaving to meet his alleged murderer. 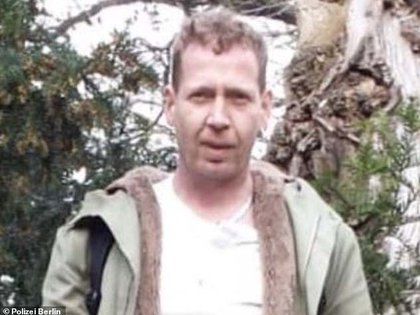 Stefan Trogisch, 44, was an electrician. He was reported missing on September 5, his bones were found in a park in Berlin. Authorities are investigating whether he was the victim of a cannibal killer

The authorities do not know if the victim also had an interest in cannibalism but they affirmed that his case went from being a missing person investigation to one for murder.

Faced with the evidence collected the suspect was taken into preventive custody and brought before a judge charged with “sexual murder with a basic motive”.

The case has sparked a stir in Germany, not least because it recalls a notorious cannibal murder in the early 2000s in which the killer claimed his victim was a voluntary participant.

In that case, the cannibal and his prey also met on the internet, when according to the sentenced to life imprisonment Armin Meiwes posted an online ad looking for a young man to “slaughter and consume.” Bernd Juergen Brandes, for his part, had published another requesting that someone “erase his life and leave no trace.”

The two men ended up meeting at the residence of Meiwes, who filmed herself cutting her visitor’s genitals with a knife before both men tried to eat them.

“Bernd came to me of his own free will to end his life”Meiwes said during his trials. However, he was sentenced to life in prison.

Stefan R’s case is just beginning but, according to information known so far, the man has not yet declared his innocence or guilt. He will remain in detention while he faces trial.

Blind and paralyzed: the terrible consequences suffered by a COVID-19 patient who was bitten by a cobra

Dubai scandal: Princess Haya paid a fortune to her British bodyguard to keep her love affair a secret