The true rebirth of the iconic fighting genre of the same style as old school video games! or that’s what he promises us 9 Monkeys Of Shaolin. Let’s see if in this small analysis the Russian study Sobaka manages to modernize the beat ’em up genre.

As a simple Chinese fisherman, Wei Cheng will have to avenge the deaths of his friends and family killed in a pirate attack on his quiet village. With this premise, we will only have to take our staff to live a challenging adventure in Medieval China and fight in horde battles with numerous enemies.

The premise is simple, you against the whole world. But beware, that does not mean that we have a more than good narrative in the purest style of old Kung-Fu movies.

The combat system is its main attraction where we will have three attacks, two modifiers and two Dash to dodge enemy attacks. 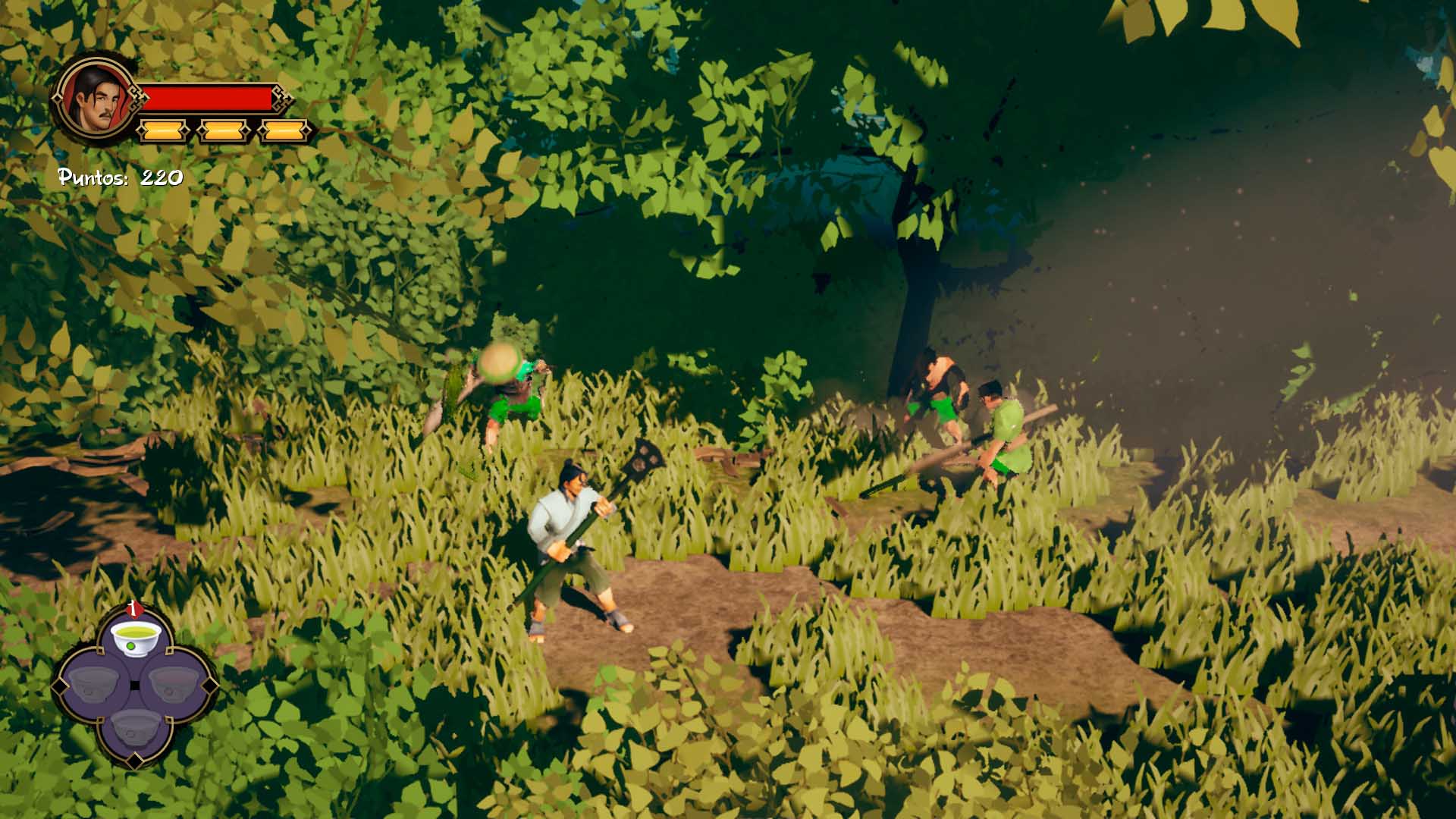 In these combats it will not only be to distribute to distribute, we will have to play with a good strategy if we do not want to be surrounded By multitudes of bloodthirsty enemies. You will have to move and destroy part of the stage to find your best position to counterattack.

During our adventure We will have several teas that will give us life or temporarily improve our skills. We have to say that in the first levels we will have a large number of them throughout the stage but then it will be quite reduced.

I used to say that 9 Monkeys Of Shaolin has its own character and is that the way of linking blows in each fight is simply brilliant. It is a real joy to be able to move 360º around the stage doing combinations of attacks and parries to end the whole crowd.

We will have different weapons, footwear and necklaces that modify our attributes, we will find these in the different missions that by the way will not be necessary to complete them all to continue with the story. We can select them from the temple or a monks ship, these missions will give us different rewards such as stamps to improve skills in an improvement tree that falls short or on the other hand with the objects that I mentioned above. 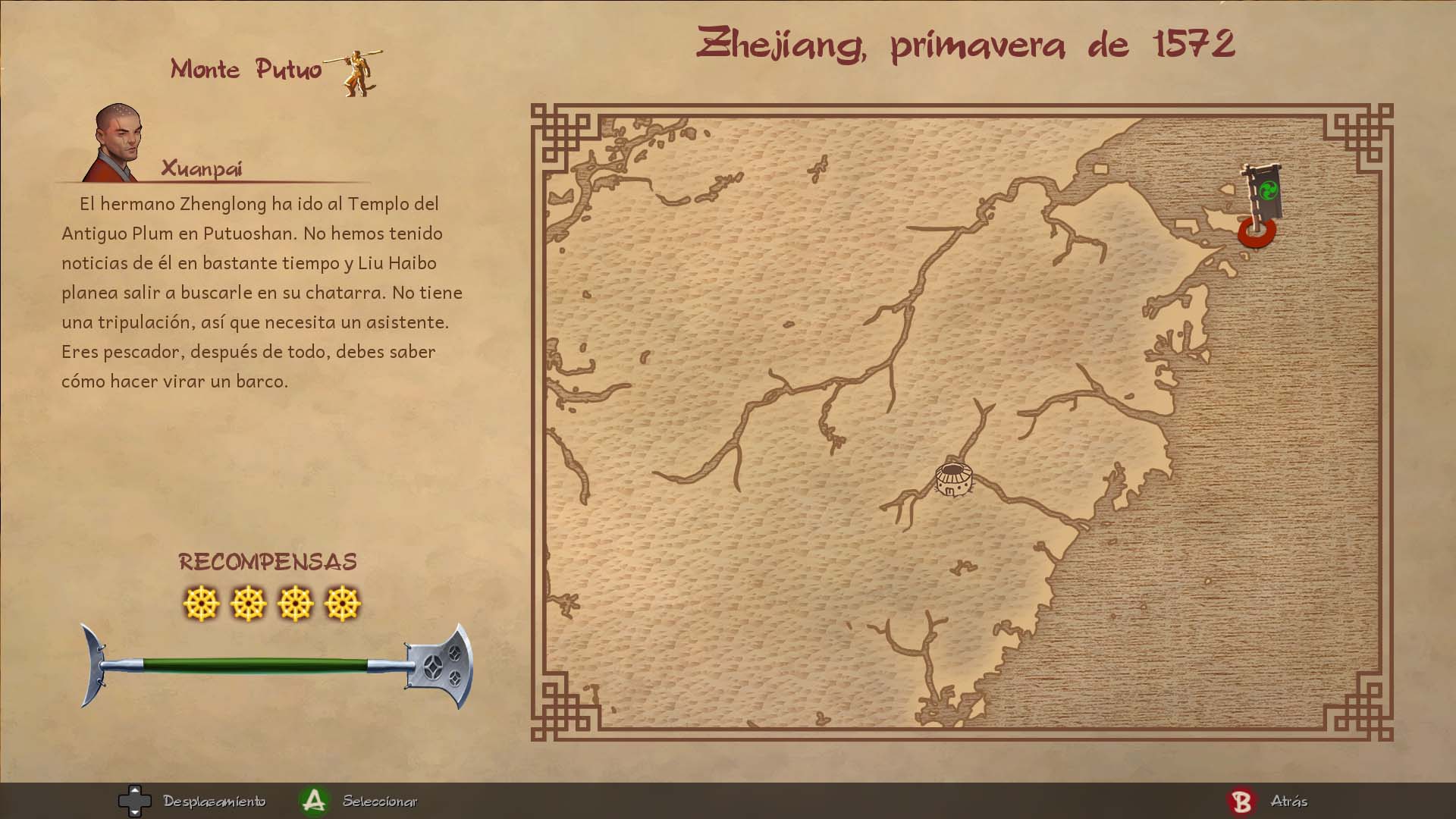 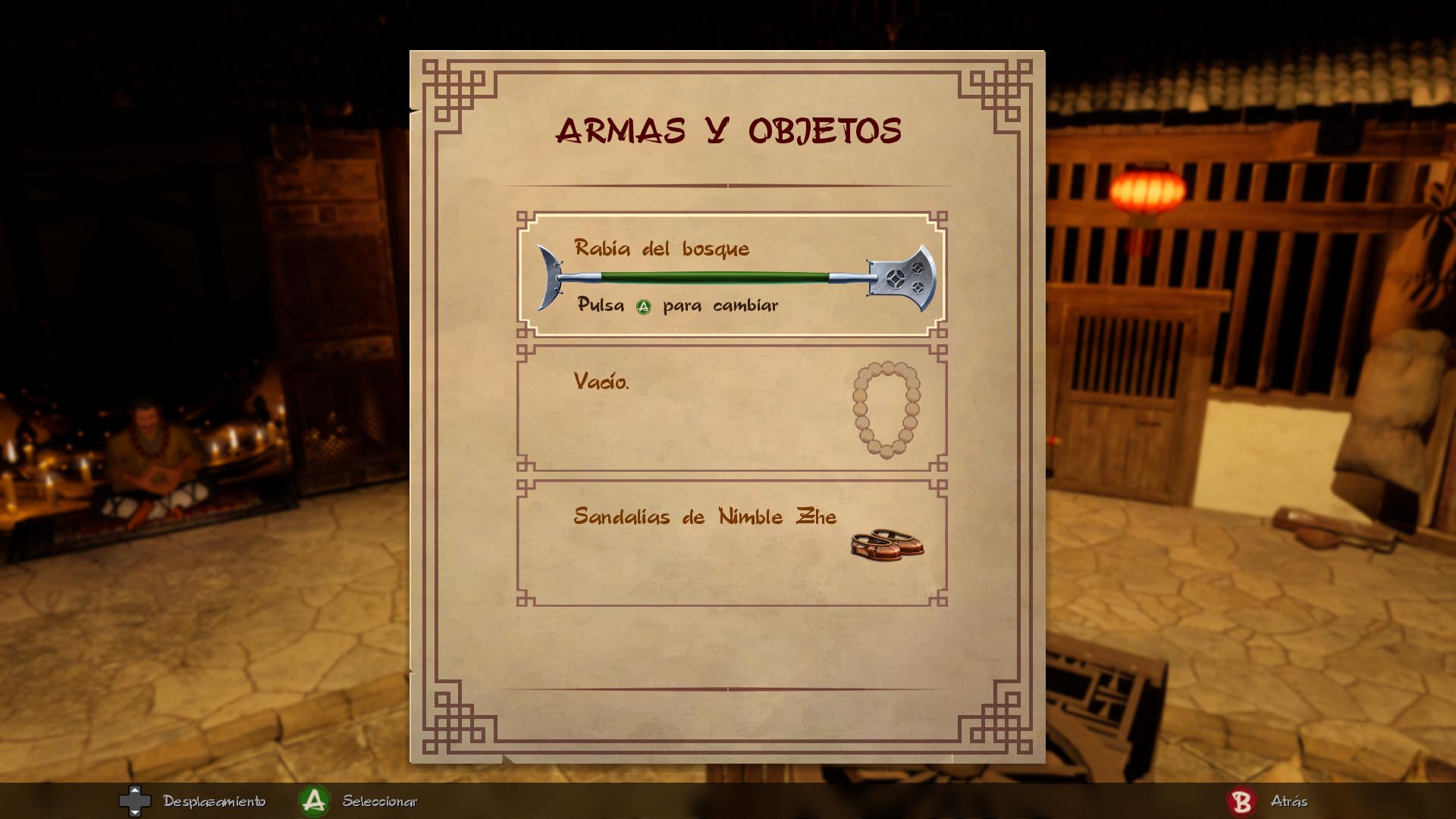 These rewards can be stamps to improve our abilities -with a very simple improvement tree- or new objects that we can equip: canes, shoes or prayer beads.

We are facing a game that can be made short for several reasons. The main one is that if we focus on the main story and skip some areas we can finish it in a couple of afternoons. If you are an achievement hunter you can enjoy it a few more hours to get it 100%.

Regarding its difficulty, although it is true that the combination of blows together with the improvements will make life easier, we will have areas that either due to the layout of the stage or the difficulty of the final enemies will cost us a few deaths before completing it. Luckily we will have a good amount of save points to avoid despair.

We will have a good variety of scenarios some better designed than others when developing our combat, on many occasions the objects will play a trick on us.

We will have good light and shadow effects and, above all, the possibility of destroying a good part of what we find that in the background is what gives life to the scenarios. 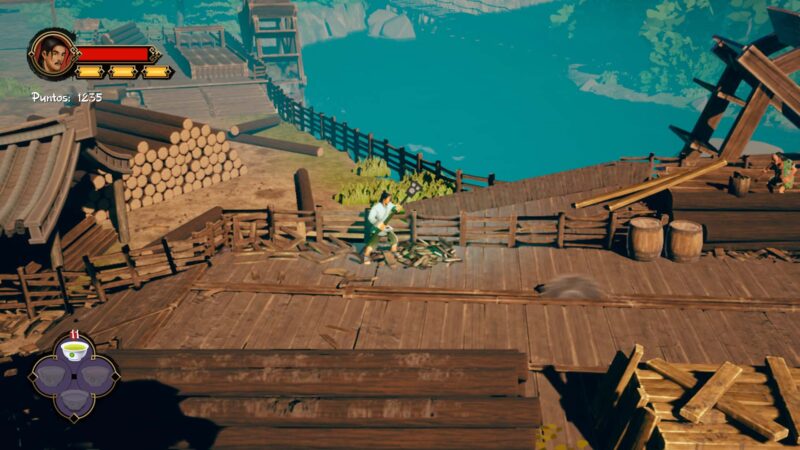 Graphically, it is nothing to write home about, but it is true that the old movie aesthetic that they have wanted to give him suits him very well, which together with those very different tones at each level make the result quite satisfactory.

At the beginning and end of each mission, we will have scenes of either text or small comic-style drawings that suit you really well and continue to tell us the good story that we will live in 9 Monkeys Of Shaolin.

As for its soundtrack we have to say that it goes completely unnoticed at least for us. We will also have voices in English and subtitles in Spanish that comply perfectly so that we understand the whole story.

Although it is true that once the main powers and weapons have been obtained, the game can become somewhat monotonous since the missions, despite changing their aesthetics, remain the same continuously.

In short, we can say that 9 Monkeys Of Shaolin does not reinvent this genre that seems to be in fashion again but without exploding. While it is true that sometimes we feel that it succeeds, it could be hit with many problems but what cannot be denied is that it has its own identity.

The fights are of great quality, being able to make some very movie-like combos and the setting we also have to admit that it is another of the strong points.

If you are not a lover of the genre and you are a more casual player, surely you like it and if you are a pro, you will not discover anything in it but it will also give you a couple of quite good afternoons despite its small flaws or rather for not having exploited all the potential that was seen with these improvements that we are achieving. 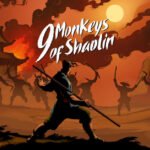 The fights are from a movie, the visual result is very cool