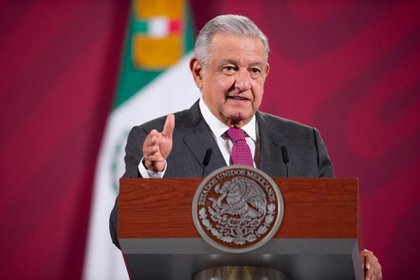 This Tuesday, during the morning press conference from the National Palace, the president of Mexico, Andrés Manuel López Obrador, explained that the bonuses of public officials will not be withheld by force, but rather they will be donated by those who are “at the top of the pyramid.” The money collected will go to the fund for medical care in the Mexican Institute of Social Service hospitals.

“That money, which is like 80 or 100 million pesos, is going to be used to buy ambulances. It is money that we high-level officials are contributing. 80 ambulances are going to be purchased for 80 IMSS Bienestar hospitals, because they are the ones located in the poorest and most marginalized areas of the country, ”the president said.

He also explained the reasoning behind why these health centers need ambulances. He said that, on many occasions, They are hospitals that do not have the infrastructure or specialized personnel to treat certain conditions and, therefore, patients need to be taken to another hospital.

“Transport patients from those hospitals to where there is specialized care, for example, for the care of a heart attack, It is 3, 4, 5 hours and there were no ambulances, or there was an ambulance that stayed in the workshop for a long time and that when people arrived who needed to be transferred, there was no way to transfer them and they would die, if they did not have the possibility of arriving on time ”, the president described.