When the CEO of Tesla, Elon Musk, announced in a February tweet that he had bought $ 1.5 billion in bitcoin and that he planned to accept it as a form of payment, the price of the cryptocurrency skyrocketed.

And when Musk himself said in a tweet this Wednesday that he will not accept bitcoins from those who want to buy his cars, its price plummeted to 15%.

If a single tweet can make its price rise or fall suddenly, it is surely a volatile asset that its detractors liken to a grand ponzi scheme and see a bubble on the verge of bursting.

But bitcoin has historically only scaled, according to its proponents, in four-year cycles. The last of these cycles peaked in December 2017, when it hit $ 19,600. A year later it bottomed out at $ 3,000.

This 2021 is the fourth year of the next cycle and that explains, according to its followers, the spectacular rise that, not without strong surprises, has made it the most profitable investment: it reached $ 64,800 in April.

And although Musk’s tweet gave him a strong push down, his defenders are betting that this year he will go above $ 100,000, the most optimistic speak of $ 250,000 or more.

In addition, there are many who speak that this year, unlike the previous ones, will be a “super cycle” that will not bring a collapse as big as the previous ones. The difference: institutional investment.

Mastercard, Bank of New York Mellon and other companies decided to facilitate their clients’ cryptocurrency transactions. In addition, large funds have invested in digital currencies.

This wave was joined by the electronic payments company PayPal announcing in March a new service that would allow customers to buy products from millions of sellers around the world using cryptocurrencies such as bitcoin, litecoin, ethereum or bitcoin cash.

Bitcoin is a type of cryptocurrency, that is, a digital currency that can function as a medium of exchange and that its promoters use as a store of value.

It does not exist physically, nor is it controlled by any country. It is virtual money whose price is constantly changing, as occurs with other currencies such as the dollar or the euro. 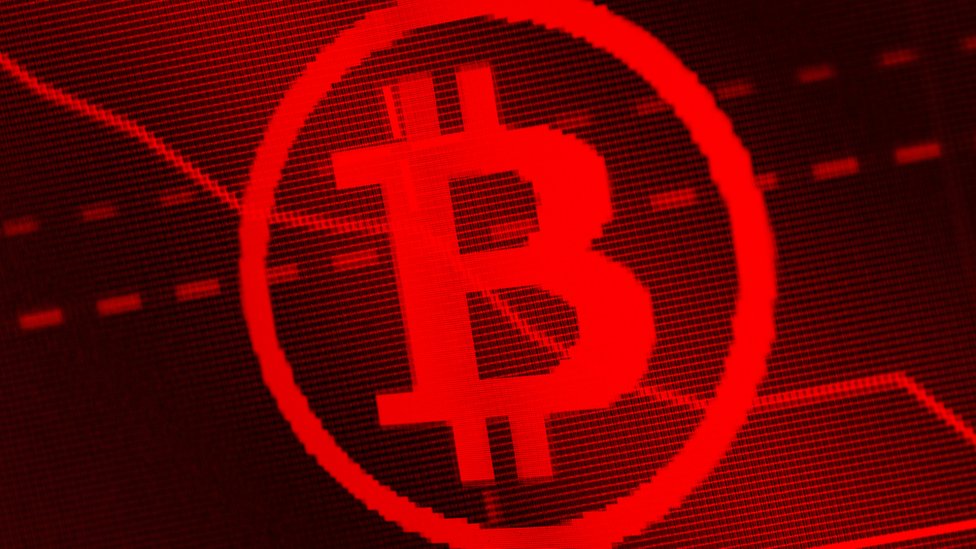 The volatility of digital currencies is vastly greater than the ups and downs of currencies like the dollar or the euro. (Photo: Getty Images)

The big difference is that the price of cryptocurrencies is much more volatile and, since there is no body that controls them, it rises and falls in relation to how the market moves.

Bitcoin can be used to buy products or as an investment instrument, although it is not available in all countries.

Like all cryptocurrencies, bitcoin is used to make quick payments and avoid transaction fees.

Each bitcoin contains a code that is stored in a “digital wallet” or digital wallet, on a cell phone or on a computer, with “private keys”.

People can send or receive bitcoins (or parts of a bitcoin) from other individuals or companies. 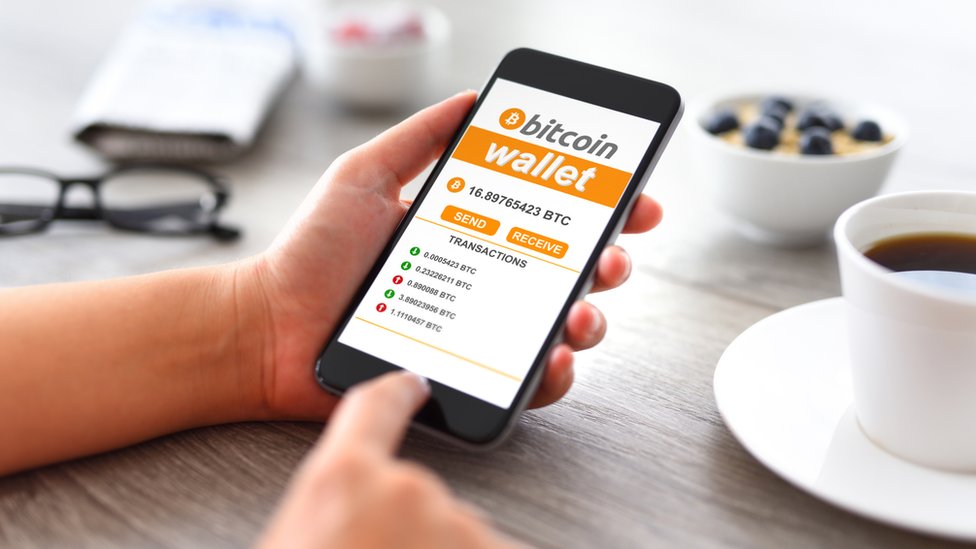 Bitcoin is stored in digital wallets. You are not obliged to buy a whole bitcoin, you can buy only a part. (Photo: Getty Images)

In general, cryptocurrencies are based on a decentralized network of computers that has nodes spread all over the world with copies of all the transactions that have been carried out.

This network is called “Blockchain” or chain of blocks. These blocks or nodes are linked and secured using cryptography.

When you make a transaction, its data is recorded in a block, and it is automatically replicated in the rest.

Bitcoin and each of the digital currencies work with their own algorithm, which allows you to manage the number of new units that are issued each year.

There are three great ways:

You can buy a bitcoin (or a portion of the currency) using money. Many people download applications on their phones that allow them to buy bitcoin using the funds in their bank account. You can sell things and allow people to pay you with bitcoins. Or you can create them through a process known as bitcoin mining. Those who engage in these activities are called miners.

The miners work with very powerful computers that operate through an automatic reward system that rewards people who confirm the transactions of the users that make up the network.

4. What is the origin

In early 2009, an anonymous programmer or group of programmers under the pseudonym of Satoshi Nakamoto published an article where he referred to bitcoin as a new decentralized transaction system. 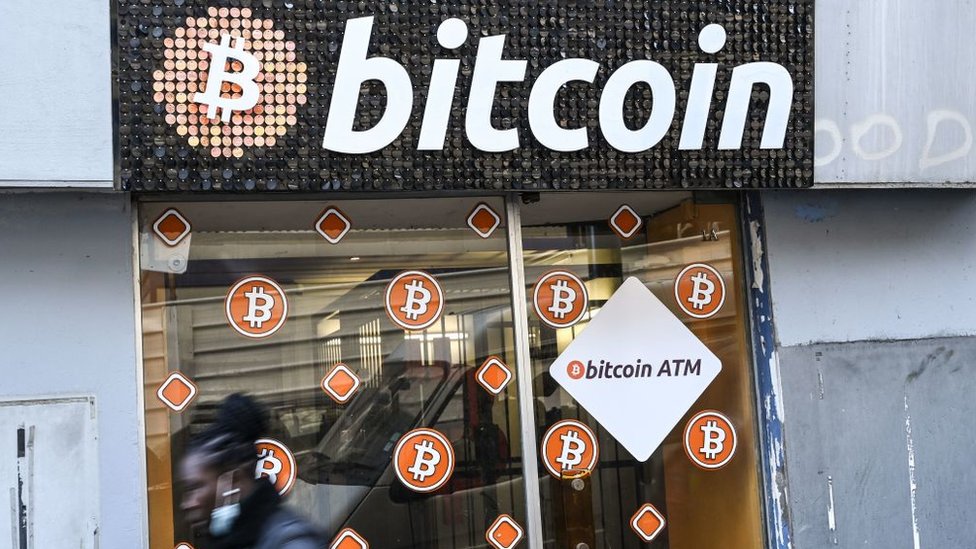 In early 2009, an anonymous programmer or a group of programmers under the pseudonym Satoshi Nakamoto published an article referring to bitcoin as a new decentralized transaction system. (Photo: NICOLAS TUCAT / Getty Images)

After developing the necessary technology to make bitcoin transactions possible, in 2011 the cryptocurrency code and the domains of the web pages were distributed among several members of the new community created around the digital currency.

However, there is little information about the events that allowed the development of the currency and what is available does not come from reliable sources.

Bitcoin is recognized as the first digital currency on the market and the one with the highest price in the market.

The growing interest of large investors and individuals in buying bitcoin has accelerated in the last couple of years.

Before, cryptocurrencies were considered platforms used exclusively by organizations linked to the international crime to make your illegal transactions anonymously.

Governments, central banks, economists and a good part of investors have opposed a network that is not under the control and supervision of any kind of authority. 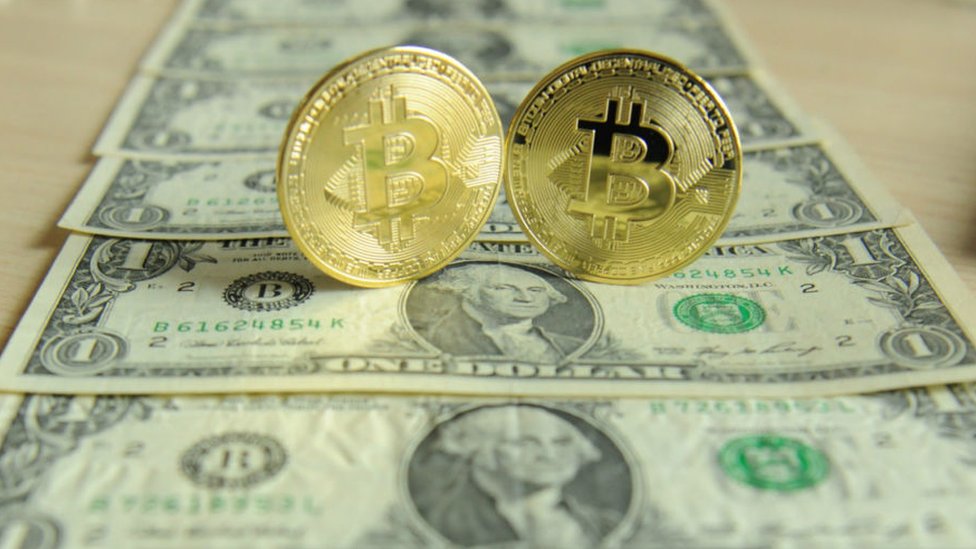 The growing interest of large investors and individuals in buying bitcoin has accelerated in the last couple of years. (Photo: Barcroft Media)

However, as large companies have opened their doors to it, as well as venture capital funds are investing in the currency, the rest of the investors and the common people have begun to lose distrust.

And with the development of applications that allow you to buy and sell bitcoin in a couple of minutes from your cell phone, Cryptocurrency adoption has intensified.

So far in 2021, the price of bitcoin has followed an upward curve, despite permanent warnings from authorities who assure that the currency is a bubble that will burst at any moment.

The main risk is that it is a financial bubble that ends up leaving in the ruin all those who deposited their “real money” in a virtual currency that is not backed by any institution.

In the same way that no one “owns bitcoin”, no one is responsible either.

That is why the presidents of the central banks of the great powers constantly tell people not to invest their funds in cryptocurrencies because they will end “losing all your money“. 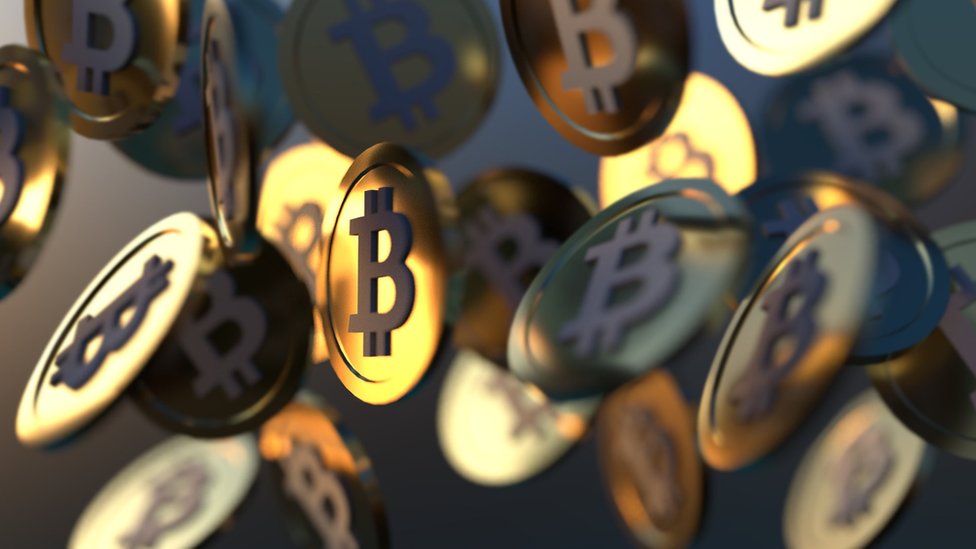 In the same way that no one “owns bitcoin”, no one is responsible either. (Photo: Getty Images)

Its detractors say that it has no intrinsic value, but those who defend it say that its value is determined by a social consensus, as is the case with paper notes.

One of its staunchest critics is the renowned economist Nouriel Roubini, who refers to bitcoin as “Shitcoin” (some kind of shit coin).

There are also reports of scammers who prefer to carry out their operations using bitcoin or other cryptocurrencies because the payments are irreversible.

And if the company that stores bitcoin closes its operations or suffers a cyber attack, the money will most likely disappear like smoke.

No guarantees. Therefore, experts say, whoever invests in bitcoin must be willing to lose their money in case things go wrong.

Bitcoin turns 10: What is and how does the largest cryptocurrency work