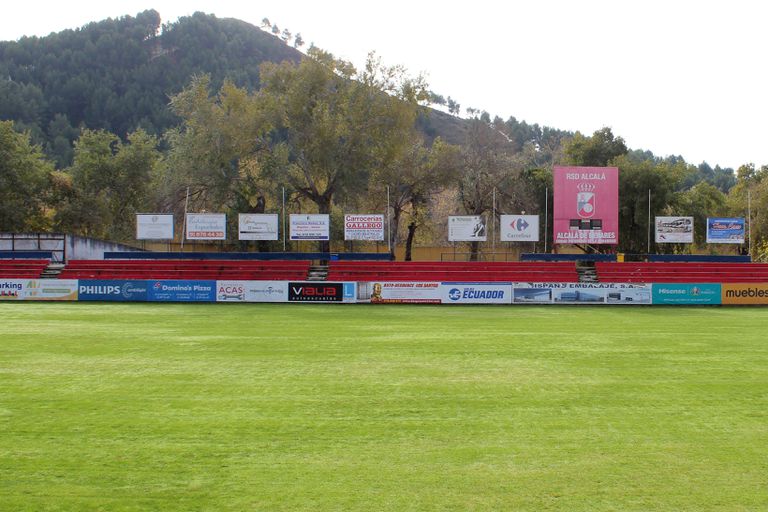 The City Council will install 4,000 seats of the old Vicente Calderón in the Municipal Stadium of Val.

Atlético de Madrid fans are going to have 4,000 memories of the late Vicente Calderón in a preferred space in Alcalá de Henares. The Complutense City Council is going to undertake new improvements in the municipal stadium of Val, in which the historic Alcalá football club of the Real Sociedad Deportiva Alcalá plays its matches. The works will serve to rescue 4,000 seats from the mythical soccer field, as confirmed by municipal sources.

Among the actions to be carried out in the municipal stadium is the repainting of the entire perimeter grandstand of the football field, the installation and repair of a section of security fence in the north end and also in the west end, and the installation of 4,000 seats that come from the old Vicente Calderón Stadium, of the Club Atlético de Madrid, which have been donated to the City Council by the Royal Sports Society (RSD) Alcalá for assembly by the City Council.

The First Deputy Mayor and Councilor for Sports, Alberto Blázquez, thanked RSD Alcalá and Club Atlético de Madrid “for their total collaboration with the City Council of Alcalá de Henares, with the transfer of these 4,000 seats that will be used by thousands of residents of the city at the Estadio Municipal del Val, which will now have a small part of a historic stadium like the Vicente Calderón in which so many First Division and UEFA Champions League matches have been played ”. He also highlighted that “its installation further strengthens the link between the city of Alcalá de Henares and a club of international prestige such as Atlético de Madrid”. The stadium renovation works “will greatly improve the image, security, accessibility and comfort of those attending the Municipal Stadium of Val”, according to Blázquez.