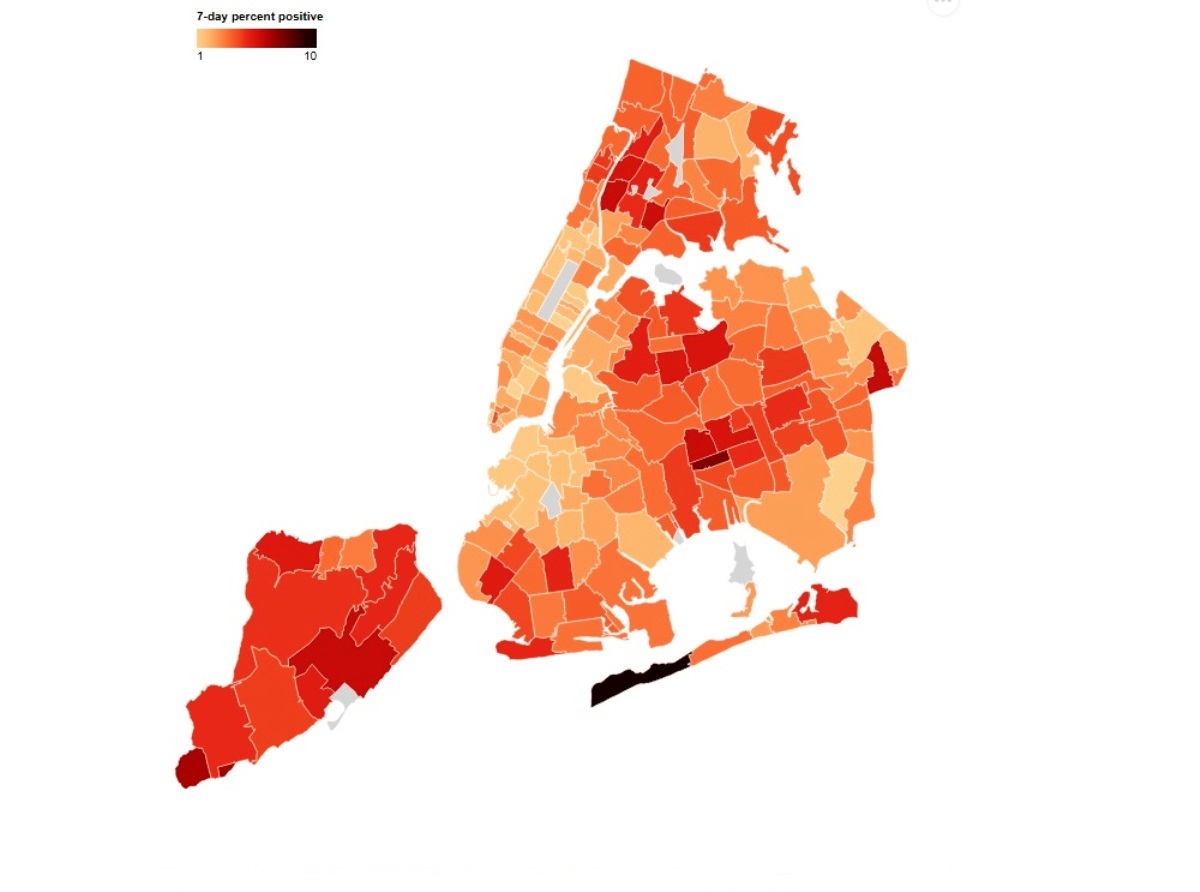 Forty of NYC’s 177 zip codes have exceeded 4% in COVID-19 test positivity rates, reported last night the Mayor’s Office, raised fears on the eve of the meetings during the Thanksgiving holiday.

The most affected ZIP code is 11697 in Breezy Point (Rockaways), which had the highest positivity rate in the five boroughs. During the last seven days, 9.6% of tests from residents in that area came back positive.

Another Queens zip code, the 11416 in Ozone Park, had the second highest rate in seven days (7%); Y Tottenville in Staten Island it followed closely (6.3%).

Those rules they would suspend the service in the indoor restaurants, they would close the gyms and hair salons again and would impose a new limit of four people per table for cookouts.

State officials reported that 2.9% of 205,000 coronavirus test results received throughout NY on Thursday were positive, up from 2.7% the day before, the New York Post reported.

In NYC, 3% of tests performed in the past seven days were positive, and the five counties recorded another 1,255 new cases of coronavirus. Updated official figures can be found here.