The Morgan 3 Wheeler P101 is a special limited edition of the curious British vehicle that anticipates the end of its production. Its engine has 83 horsepower and its starting price is about 50,400 euros.

It has been more than ten years since the Morgan 3 Wheeler its development began. The project was baptized internally as P101, precisely the name acquired by the new limited special edition of the model. Its official name is Morgan 3 Wheeler P101.

Only 33 units of this special limited edition will be manufactured, which will come to add to a history that includes more than 2,500 deliveries since the arrival of the model on the market.

The Morgan 3 Wheeler P101 it features a number of aesthetic peculiarities such as a translucent gold cover over the passenger seat. It is made of composite resin for aerodynamic reasons.

In the front there are some nine-inch bulbs. Hella.

Aerodisc wheels are painted in the same color as the bodywork. In this sense, you can choose between two different ones, Deep Black or Satin White Silver. Four different graphic packs can be displayed on these: The Belly Tank, The Dazzleship, The Aviator and The Race Car.

The exhausts have black and white ceramic coating.

A series of P101 markings exclusive to this version and a mosquito net appear.

Morgan has not specified anything inside this Morgan 3 Wheeler P101, with which it is assumed that it does not present modifications with respect to what is already known. 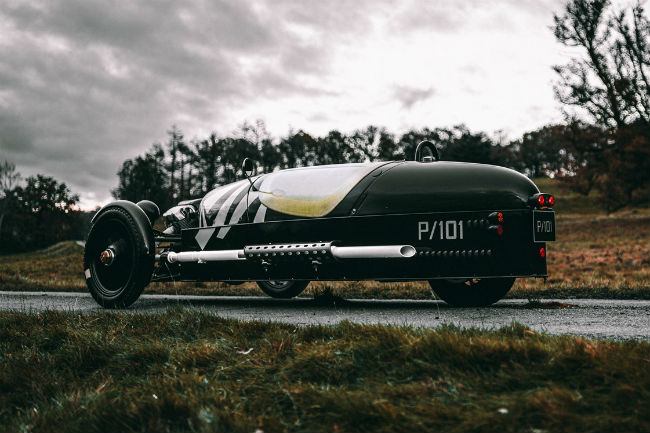 The engine of the Morgan 3 Wheeler P101 is a 2.0-liter twin located at the front. It has a power of 83 horses and a maximum torque of 140 Newton meter.

The gearbox, of Mazda origin, is a five-speed manual. It is derived from that of the MX-5.

It is a powered vehicle, with the particularity that there is only one wheel in the central position on the rear axle. 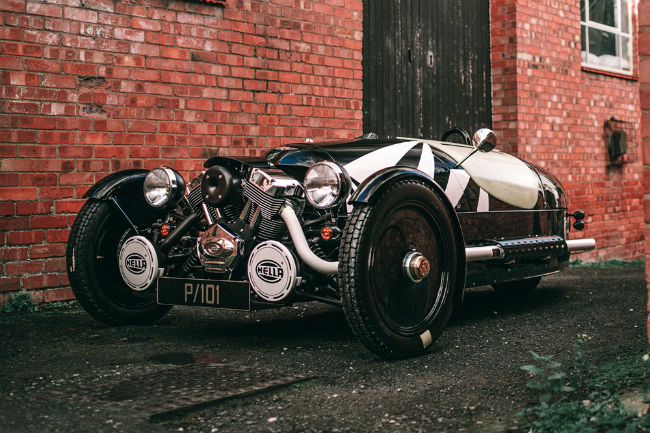