With a cost per seat of $ 55 million, these 3 super millionaires will be the first to usher in the era of space tourism with SpaceX and Axiom.

The requirements to be one of the 568 people Those who have gone to space have radically changed since the beginning of human exploration of the cosmos: from military men and pilots insensitive to vertigo, astronauts evolved into scientists with optimal health, as we know them today.

However, the new special career race of the 21st century – driven by private companies that develop aerospace technology – demands different criteria and the first travelers without space agency financing will have to fulfill the most important: be extremely rich. 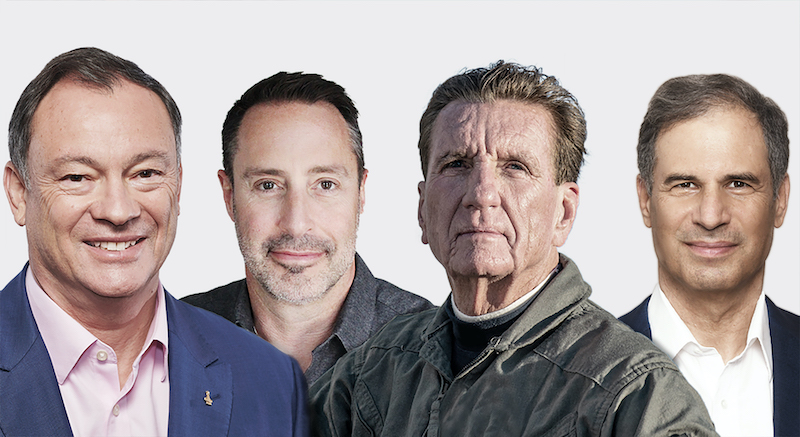 Larry connor, Mark pathy and Eytan stibbe They will be the first three people to inaugurate a new class of astronauts. They are not engineers, nor do they lead a life dedicated to science and the study of the Universe, but all three meet the requirement and paid 55 million dollars to Axiom Space, the company that together with Spacex, will star in the first civil and commercial mission in the history of human space exploration.

It may interest you: Why Starlink, Elon Musk’s satellite internet is ruining astronomy and observing the Universe

While Connor is an Ohio real estate entrepreneur, Pathy is in finance, and Stibbe is an investor with a brief history as a pilot in the Israeli military. All three will be accompanied by Michael Lopez-Alegria, vice president of Axiom Space and a former NASA astronaut with four space trips behind him.

The historic Axiom Space-1 mission, with launch to be defined on a date no earlier than January 2022, will mark a milestone in human exploration of space: the three millionaires and the commander will be the first civil and private crew that will arrive at the International Space Station (ISS), the laboratory in orbit for two decades and one of the most complex objects ever designed by our species.

According to Axiom Space, the objective of the mission, which will last approximately eight days, will be to develop research and philanthropic projects. The astronauts will stay in the US part of the ISS, while the mission will be operated by SpaceX, as they will travel aboard a Crew Dragon.

If completed, the mission Axiom Space-1 will set a precedent for spacial tourism bound for the ISS, a pioneering business model for which companies such as SpaceX and Virgin Galactic manufacture ships to offer the service in the coming years to those who have the economic capacity to pay for a trip out of this world.