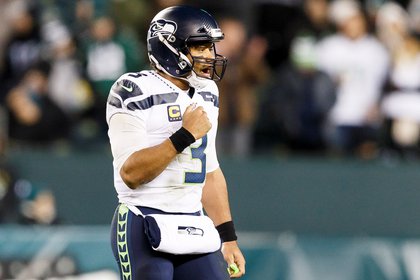 Seattle (USA), Nov 19 . .- The figure of quarterback Russell Wilson along with the return of star running back Carlos Hyde and a great defense were the keys that allowed the Seattle Seahawks to win this Thursday by 28-21 to the Arizona Cardinals in the fight for the leadership of the Western Division of the National Conference (NFC).
The duel, corresponding to the early game on Thursdays of Week 11 of the National Football League (NFL) competition, had Wilson with 23 completed passes of 28 attempts for 197 yards with two touchdowns, without interceptions and was Knocked down three times 15 times.
But Wilson, who made no team-damaging mistakes this time, wound up putting his passer rating at 119.8 after finding wide receiver Tyler Lockett with an 11-yard and a 25-yard TD to DK Metcalf.
The touchdown pass to Metcalf was his seventh for 20 or more yards so far this season and it allows him to tie with the best record in the league.
While Hyde became the leader of the rushing offense with 14 carries, 79 yards gained, and a touchdown, which would be decisive.
Then the 21 points allowed left no doubt about the great work done by the defense, especially compared to the two previous games that the Seahawks lost in a row.
The leading role of defensive end Carlos Dunlap, who had two of the three knockdowns suffered by Cardinals quarterback Kyler Murray, was decisive.
Especially when they dropped Murray in the fourth and down for the Cardinals that prevented them from having the opportunity to have a touchdown and at least to have achieved the tie and force overtime.
The Seahawks secured the victory to go 7-3 and stand alone at the top of the standings.
While the Cardinals (6-4) fell to third place in the same classification and this time Murray, who played with a sore shoulder, could not be a winning factor.
Murray completed 29 of 42 passes for 269 yards, with two TDs, no interceptions, was dropped three times 12 times and posted a 102.2 passer rating.
Running backs Kenyan Drake and Chase Edemonds along with tight end Dan Arnold were responsible for getting the “touchdowns” for the Cardinals.