About a year ago a new generation of the BMW 4 Series, which was a real revolution in the Bavarian brand. Took the technical basis of the Series 3, yes, but completely transformed the design language, its engines… Just look at the front to know what we are talking about: the new grille with the two large vertical kidneys marked a before and after in the German saloon.

Since then, in addition to the two-door BMW 4 Series Coupe, we have also known the 4 Series Convertible Convertible. Now it’s the turn of the third family member: the 4 Series Gran Coupe, with four-door body. You sound familiar? Yes, that’s right: the BMW i4 one hundred percent electric that we met just a few days ago share the same bodyOf course, with distinctive elements to house its powerful heat engines. What’s more: this new Gran Coupe It will be manufactured together with the aforementioned i4 and the Series 4 to support flexible production at the brand’s Munich plant.

Is new Gran Coupe bodywork In the BMW 4 Series, compared to the previous generation, it also bets on a bolder, sharper design, incorporating interior and engine innovations, fine-tuning and fine-tuning the premium feel even more. What’s more, for the first time, a high-performance version is available in the range Developed by BMW M GmbH: the new 374 hp BMW M440i xDrive is the new flagship of the 4 Series Gran Coupe. This version and the rest that we will know will be on sale from November.

Beyond the renewed design, the new BMW 4 Series Coupe also has gained in centimeters, which will also result in a greater practicality and habitability in the interior– It is 143mm longer, 27mm wider, 53mm taller, and the wheelbase is 46mm longer. The five seats will enjoy a more comfortable space, while the boot now registers 470 liters of capacity, expandable to 1,290 liters maximum.

The aerodynamics, with a Cx of 0.26, the specific tuning, the low center of gravity and the 50:50 weight distribution they are another joint statement of the “deliberately sporty approach” in this new BMW 4 Series Gran Coupe. Between the equipment details that affect all the aforementioned, highlight the M carbon exterior package, the available M Performance parts, the firmer M Sport suspensionoptional, variable sport steering and adaptive M suspension, M sports brake and differential system, with variable lock function and electronic rear differential control. The tires They are made of light alloy and 17 inches as standard, although the M440i version comes with specific 18-inch ones; optionally, it can be scaled up to 20 inches. 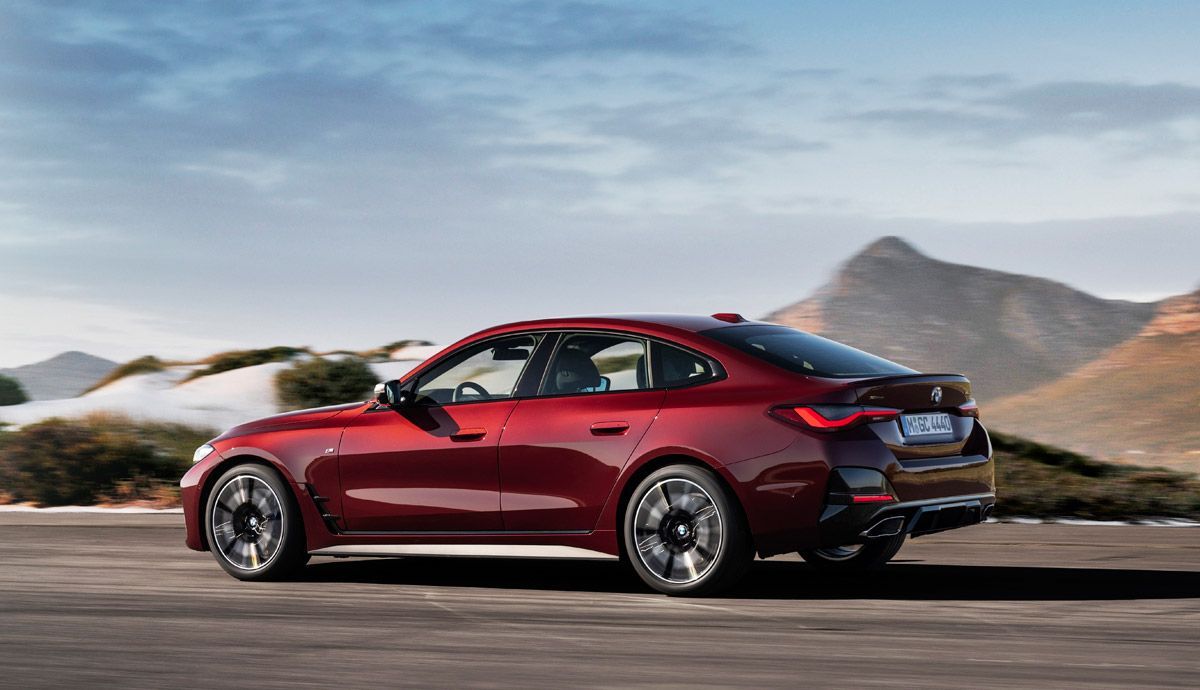 There will be four mechanical variants at the time of the launch of the BMW 4 Series Gran Coupe, in which the gentle hybridization technology will also be the protagonist: six-cylinder diesel and gasoline engines will go hand in hand with a 48-volt starter generator for an additional 11 hp. In addition, all versions comply with the Euro 6d standard and are associated with a 8-speed Steptronic Sport automatic transmission. 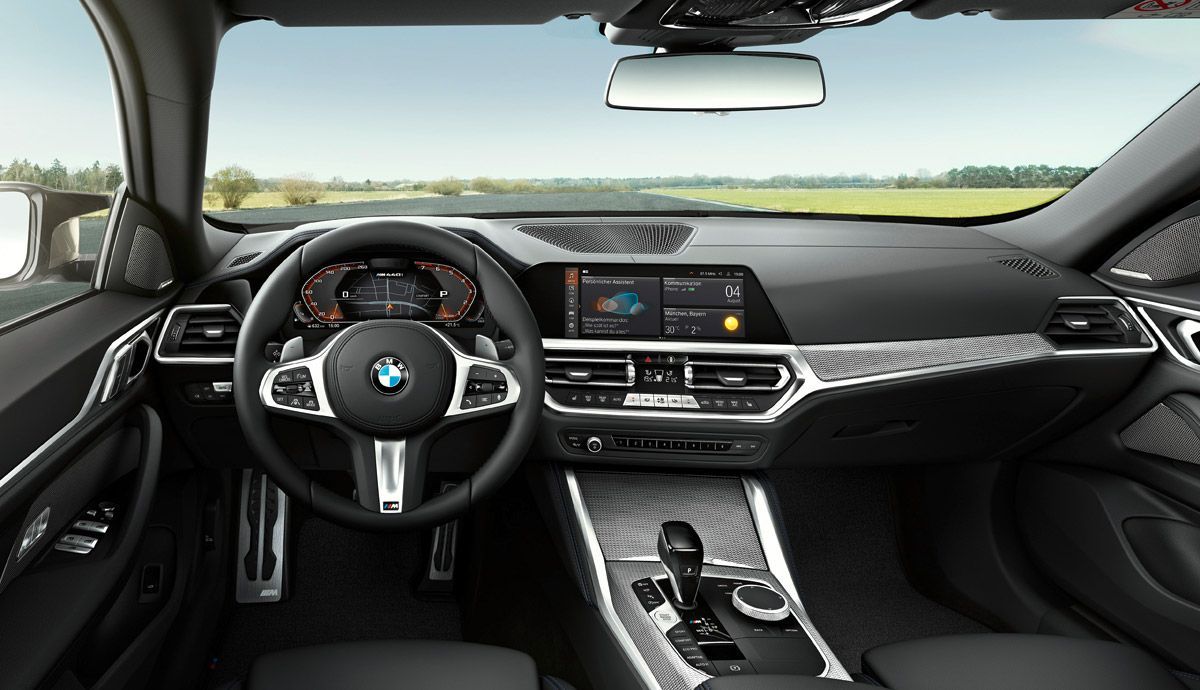 The new BMW 4 Series Gran Coupé boasts of about 40 driving assistants, which is said soon. Highlights, among others, involuntary lane change warning, the frontal collision warning system, the parking distance control, rear view camera and panoramic vision, active cruise control, reverse assistant, parking assistant and the Remote 3D View to have a 3D image of the car from inside.

Add to this, in the inside, sports seats, tri-zone climate control, leather sports steering wheel and full integration of Apple and Android smartphones as standard. Optionally you can improve it with the heated and ventilated function in the seats, different types of upholstery, ambient lighting, Harman Kardon premium sound system, large sliding and tilting glass sunroof, heated steering wheel, BMW Maps navigation system and different digital services through from BMW TeleServices, with intelligent emergency call and real-time traffic information.