Winter tests begin in northern Europe, although for now without snow and without cold. The first prototype hunted on the roads of Sweden closest to the Arctic Circle was the Audi Q4 e-tron 2021. The electric SUV from the brand with the four rings appears completely covered in camouflage.

Just a few days ago we took a look at the technological interior of the new Audi Q4 e-tron 2021, the compact SUV that will represent the brand with the four rings in the market from July 2021. Once again, our photographers have hunted a camouflaged prototype in testing, albeit in a setting far away from German roads.

Are the first spy photos of the new winter testing season. Audi is the first manufacturer to have moved to the Arctic Circle, driving on roads that other years we have seen with whiter landscapes. Our displaced people in the area point out that temperatures are still above zero, expecting much lower temperatures, the fundamental conditions for testing electric cars. 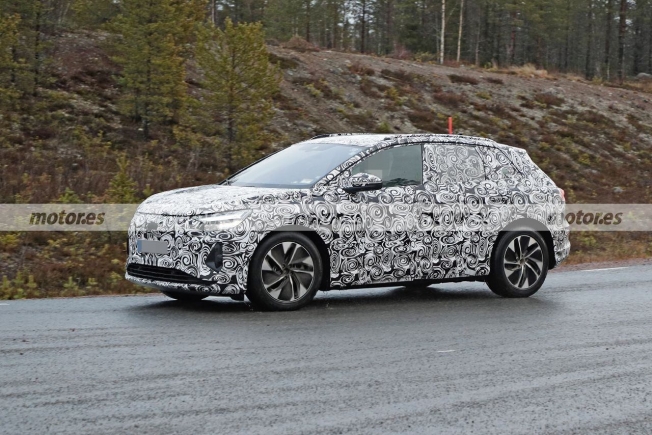 The new Audi Q4 e-tron 2021, an electric SUV developed on the MEB platform, will arrive with three power levels

The prototype will face its second winter testing program, without losing an iota of vinyl just a few months after its presentation. Still it is possible to see the more vertical front and the new design of the headlights, the closing of the central section of the grille, and only two vertical vents at the ends and a simpler one at the bottom.

The SUV wears a large 20 to 21-inch alloy wheels, the rear also does not leave any trace in sight, although the real shape of the rear pilots can be appreciated following the same style as those of its older brother. A detail already typical of the production model and that was not in the concept car, is the shark fin antenna and some more conventional door handles.

The Q4 e-tron, a further development of the MEB platform, will be offered with uno and two electric motors, which means rear-wheel drive and total quattro. In addition, three power levels, starting from the basic of a single motor with 150 kW and with two motors developing 195 kW and 225 kW. We are talking about 204, 262 and 306 CV. These options are associated with the highest capacity batteries, net of 58 and 77 kWh -the latter only with all-wheel drive- with maximum autonomies of between 400 and 500 kilometers. 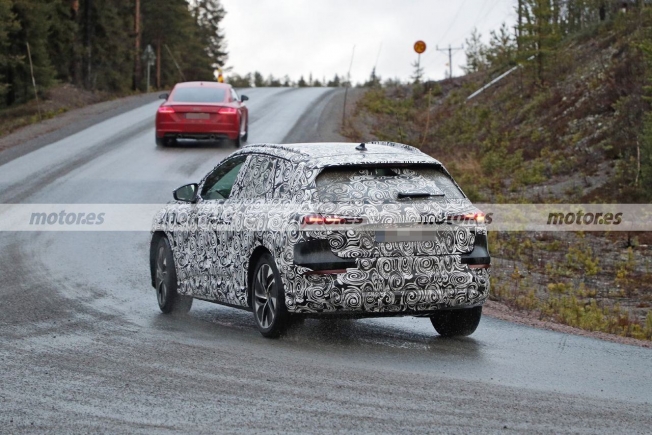