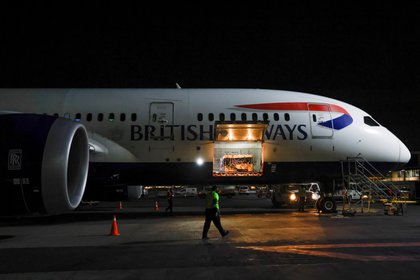 On Monday night, the first shipment of the Russian vaccine against COVID-19 Sputnik V arrived in Mexico with 200 thousand doses.

Marcelo Ebrard, head of the Ministry of Foreign Relations (SRE), reported that the shipment left from Moscow bound for Mexico City.

“British Airways flight from Moscow, via London, landed with the 200,000 Sputnik V vaccines. First shipment derived from the recent conversation between Presidents López Obrador and Putin. Our gratitude ”, Ebrard wrote on his Twitter account.

The purchase of this vaccine was achieved after an agreement between the president Andrés Manuel López Obrador and his Russian counterpart Vladimir Putin, this a few weeks ago through a telephone conversation.

“Pedro Zenteno, Director of BIRMEX, confirms that the Sputnik V vaccines are already in flight to CDMX. They will arrive at 23 hours, there are 200 thousand. It is the first shipment from Moscow after the conversation between Presidents López Obrador and Vladimir Putin ”, wrote Ebrard prior to arrival.

The agreement with Russia contemplates the purchase of 24 million doses of the vaccine produced by the Gamayela National Center for Epidemiology and Microbiology, one of the most recognized institutes on a global scale in its field.

This first Russian batch is added to the other 200,000 doses of Sinovac, which arrived last Saturday at the Mexico City Airport. According to information from Undersecretary Hugo López Gatell, the 400,000 vaccines will be destined for the immunization of adults over 60 years of age from marginalized communities with a high mortality rate.

In context, Marcelo Ebrard has pointed out that, so far, just over 2,300,000 doses have reached Mexico from 3 laboratories: Astra Zeneca, Pfizer and Sinovac.

López Gatell declared that, to date, more than a million vaccines have been placed since the process began on December 24, 2020. Almost a year after the first case of coronavirus appeared in Mexico, the federal government has applied 1,733,404 doses of the vaccine against COVID-19 in the country.

651,449 have been applied to first-line care staff for patients infected with the SARS-CoV-2 virus. first doses of Pfizer-BioNTech antigen. Of this group, 456,217 (70%) individuals have received the complete scheme.

On the other hand, data from the federal government indicate that 608,275 older adults have been immunized against COVID-19. In Campeche, the vaccine to prevent the coronavirus disease has been injected 17,463 health workers. These last two groups of people have not received the second dose of antigen.

Ricardo Cortés Alcalá, national director of Health Promotion, reported that there are 47,168 (2%) active infections, which represents people who had symptoms in the previous 14 days. 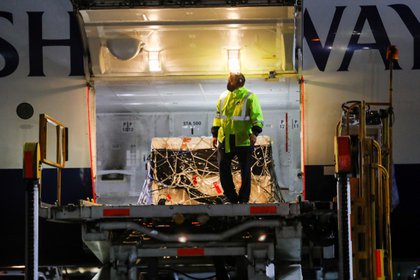 From week 5 to 6 of 2021 there was a 26% decrease in estimated cases (sum of confirmed and suspected infections) at the national level, counting 2,238,558 until this Monday. Likewise, 1,602,024 people recovered from the disease were reported.

Coronavirus in Mexico February 22: 429 new deaths were registered in the last 24 hours Emma Coronel, wife of Chapo Guzmán was arrested in the US for drug trafficking The strategy of Emma Coronel and Los Chapitos for the escape from the Altiplano: the letter that would incriminate the wife of the Chapo