For some time now, it has been rumored and giving clues about the possible payment service of the social network Twitter. Until now Twitter has always been free for users in exchange for advertising and collecting preference data. However, they are preparing to launch a paid version too. These are its characteristics.

Although Twitter has not said anything official so far, it does features have been leaked multiple times. Researcher Jane Manchun Wong has been in charge of unveiling them after analyzing the content of the Twitter app. Now you have found the possible price, the name and some of the characteristics of the paid Twitter.

Undo tweets … if you pay

In a recent tweet by the researcher we have been able to see what will be the name that Twitter will use for its paid version. Or at least which one they are using internally right now. It’s about ‘Twitter Blue’ and next to the name we also know the price to pay to access it: $ 2.99 per month.

What will ‘Twitter Blue’ allow? In the first place and as is obvious, eliminate advertising and have a more private service. On the other hand, Twitter will offer the option to undo the sending of a tweet (we saw it a few months ago) for a few seconds. An approximation to the option to edit a tweet that has been requested so much for years.

Twitter is working on “Undo Send” timer for tweets pic.twitter.com/nS0kuijPK0

In addition to the above, it seems that Twitter will allow its payment service make collections of tweets. Currently with ‘Bookmarks’ you can easily save tweets, apparently with collections you can categorize and classify those bookmarks in folders of different categories and content. 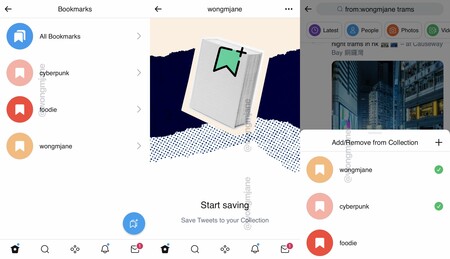 Beyond that, it seems that Twitter will allow subscribing to different levels of access. A higher priced plan, more extra features would be obtained. Some of these prices will surely also include the access to newsletters and paid articlesNot in vain did they acquire Revue in January and Scroll this May.

Finally, do not forget about payments that could be made independently to individual users. We have on the one hand the ‘Supèr Follow’ to subscribe to tweets of a user and on the other the ‘Tip Jar’ to give tips to users.