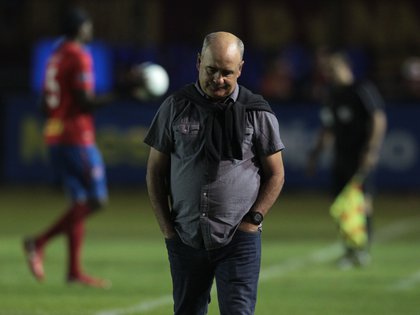 Guatemala, Feb 19 . .- The National Football League of Guatemala returns to activity this weekend with the start of the Clausura 2021 tournament just 13 days after the title won by Uruguayan coach Willy Coito with Guastatoya over Municipal , directed by Argentine Sebastián Bini.
The champion will debut this Sunday at home, against Sanarate, a team that this tournament will fight to get out of the relegation places, together with Santa Lucía Cotzumalguapa and Sacachispas, last classified in the accumulated table, which adds the points of the Apertura tournament and Closure.
Guastatoya let the Colombian José Corena go, one of his main figures in the Apertura 2020 tournament and the other two championships (Clausura and Apertura 2018) of the team from the municipal seat of the department of El Progreso, which is located about 76 kilometers to the east of Guatemala City.
Corena joined the ranks of Comunicaciones, one of the two most followed teams in the Central American country and coached by Argentine Mauricio Tapia.
Instead of Corena, another Colombian came to the champion’s team: midfielder Edgardo Ruiz, from the Guatemalan Sacachispas.
The other finalist of the last tournament, the Municipal, also lost its maximum reference in attack, the Argentine Ramiro Rocca, signed by the Honduran Real Spain.
In the place of Rocca, who was dispatched with 20 goals in the previous semester, the Reds hired another Argentine striker Gustavo Ezequiel Britos, from the Bolivian Always Ready and former player in the Colombian and Argentine leagues, where he became a military officer in Gimnasia de Jujuy and the Merlo.
In addition, the runner-up signed Uruguayan defender Steve Makuka, who previously played for Bucaramanga in Colombia and with a history in his native country at Liverpool, Progreso, Huracán and Torque.
Soccer in Guatemala will continue without an audience, depending on the sanitary measures due to covid-19 and the semaphore alerts that determine the release of some restrictions.
The inaugural duel will be on Saturday between Iztapa and Malacateco, of the Costa Rican coach Ronald “la Bala” Gómez.
The Sacachispas-Achuapa, the last two teams that reached the top circuit, will be played immediately last summer.
On Sunday four matches will be played: Cobán Imperial as host of Municipal, Santa Lucía against Antigua, Guastatoya-Sanarate and Comunicaciones as local against Xelajú.