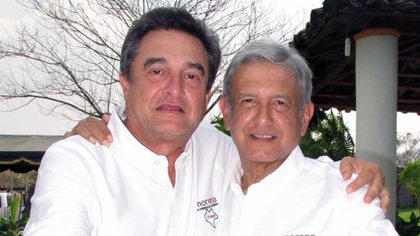 Journalist Carlos Loret de Mola, made a count that called “The calendar of corruption”, in which exposes a corruption scandal that occurred in 2020 for each month of the year.

In a video posted on the Latinus YouTube channel, he mentions that they are “12 months of 2020 and not one is saved.” It started with the month of January, and the scandal of the exoneration of Manuel Bartlett in the case of their 23 undeclared houses.

“January began with the surprise that the Christmas holidays left us, when we were all distracted, the official exoneration of Manuel Bartlett was announced, due to the issue that we revealed to him of the 23 houses and two undeclared companies that he owns with his family,” said the journalist.

He mentioned that the Secretary of Public Administration, Irma Eréndira Sandoval, wife of academic John Ackerman, had found nothing wrong. “In January the opposition deputies formally asked Irma Eréndira Sandoval to redo the investigation, but obviously that did not happen, because Bartlett has a very good lawyer,” says the journalist sarcastically during the video. 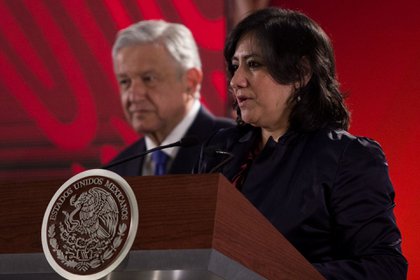 The video mentions the case of the 6 houses of Irma Eréndira Sandoval PHOTO: GALO CAÑAS /CUARTOSCURO.COM

During the video, he also called Bartlett “the king of the Federal Electricity Commission blackouts.”

During the month of February, he mentioned the scandal of the diversions of the National Sports Commission (CONADE).

“February arrived and with it an audit that revealed deviations for 30 million pesos within CONADE, in charge of the Olympic medalist Ana Gabriela Guevara; I wish it had been the only scandal, but no, they have also denounced her for corruption, nepotism, bribery, extortion and even attempted murder ”, the communicator stated.

Said AMLO came out to defend her, and say that the complaints were political attacks, because she wanted to be a candidate for the government of Sonora. For the month of March, Loret de Mola mentioned the case of the publication of the study on false invoices in the Health sector.

“Detours for more than 4 billion pesos, that although they began in 2014, in the corrupt six-year term of (Enrique) Peña Nieto, they continued in the administration of López Obrador. At IMSS, at ISSSTE, and What has the president done? Talking about the issue in general, as if it were something that no longer happens, that is no longer done, mentions the former Televisa worker.

By April, he recalled the case in which the Mexican Institute of Social Security (IMSS), awarded a contract to the brother of the director of this agency, Zoé RobledoWhat he mentioned was the tip of the iceberg, since it was later learned that there were more contracts linked to the official’s family.

“Already entered the pandemic, irregularities emerged in the contracts signed by Social Security for the purchase of medical supplies, some at a premium, granted to companies sanctioned by the government itself, did the president request an investigation, ask to clean the house, accuse someone of being corrupt? Do not”. He called Manuel Bartlett “the king of the CFE blackouts.” (Photo: Courtesy Chamber of Deputies)

In May, he recalled the case in which Leon Manuel Bartlett, son of the holder of the CFederal Electricity omission, Manuel Bartlett, took the opportunity to market to surcharge medical equipment.

He mentioned the most notorious case, which was that of the fans that he sold to the IMSS, 85% more expensive than their normal cost. In addition, he mentioned the contracts that León obtained with the ISSSTE, the Army and the Navy, for 162 million pesos.

He recalled that the company of Bartlett’s son was disabled “for a little while.”

By June, he mentioned the case of Irma Eréndira Sandoval, regarding 6 houses it has, five of them bought for cash in a span of nine years with her husband, John Ackerman, and one of them, built on land that was given to her by the government of Mexico City during the administration of Marcelo Ebrard.

He recalled that before the complaint, no one asked for an investigation against the head of the SFP, and, on the contrary, “half the cabinet” defended her. 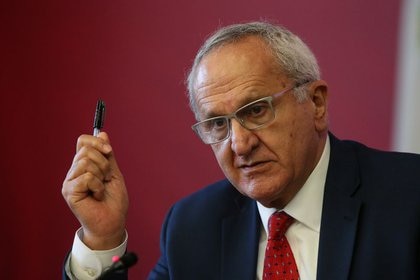 He recalled the case of Jesús Seade, who while he was in charge of the undersecretary for North America, made trips at the expense of the treasury. REUTERS / Edgard Garrido

For July, he recalled the trips that the then undersecretary for North America of the federal government, Jesús Seade, had made to Hong Kong, where he has a family, and Las Vegas, with charges to the treasury.

“I had made 107 flights in premier class at the expense of the treasury, and it is not uncommon for a diplomat to travel, the problem is that without having official activities, Seade was going for the weekend to Las Vegas, coincidentally with the Canelo fight, or visiting Hong Kong, where his family lives, and he used all of them as work trips ”, Loret explains.

In August, he recalled the scandal of the videos that were revealed about Pío López Obrador, brother of the president, and David Leon, where the latter is seen giving money to Pío, while they say they were for AMLO’s campaign.

“Like Salinas, López Obrador has an uncomfortable brother,” said the journalist, in addition to recalling that AMLO came out to say that he knew about the videos, but that for him, that was not corruption, but contributions to strengthen the movement.

For September, he mentioned the case in which it became known that in the Institute to Give Back to the People the Stolen (INDEP) there were corrupt officials, citing the resignation letter of the former director of the institute, Jaime Cardenas, where the fact is disclosed.

“He only lasted three months in office, and preferred to leave.”

In October, he recalled the scandal of the government purchases through direct awards. He said that, in campaign, AMLO criticized direct awards, however, during his government, they are the most common, and mentioned that the 80% of the contracts, in the current administration, are not tendered.

By November, he recalled the corruption scandals that involved two of his closest collaborators: Jesús Ramírez, your spokesperson, who paid 58 million pesos to a shell company to print the Moreno newspaper Regeneración, Alejandro Esquer, his private secretary, signing contracts, too, with shell companies.

The last month of the year, December, he mentioned the scandals in relation to the president’s cousin, Felipa Obrador, who had millionaire contracts with PEMEX and other government agencies.

At the end of the video, he mentions that Inegi diagnosed that the number of victims of acts of corruption increased by more than 7% between the end of the Peña Nieto administration and the first year of López Obrador.

AMLO once again challenged Loret: “He has not accepted” to change his apartment in Miami due to the capital gain of my Quinta in Palenque AMLO explained the functions of the new Governor of the National Palace The lynchman AMLO, asks not to lynch Salgado Macedonio: Loret de Mola